Everything you need to know about Chelsea target Maxence Lacroix 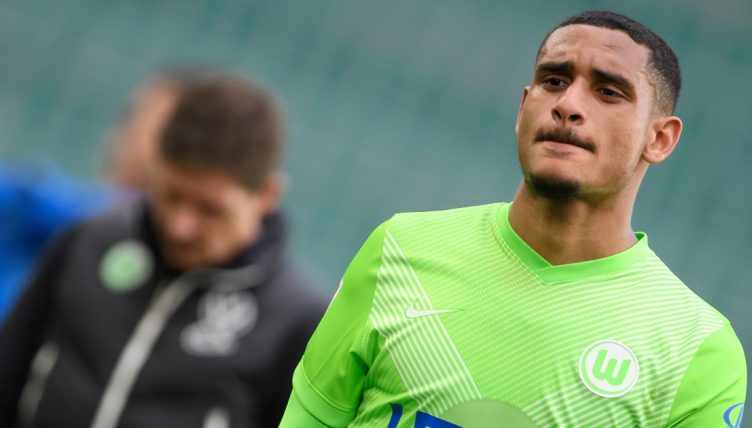 Thomas Tuchel has done an impressive job since taking over as Chelsea manager in January, but he’s reportedly looking to strengthen his squad over the summer.

Chelsea are keen on signing a centre-back and have been linked with Maxence Lacroix, who’s had an impressive season for Bundesliga side Wolfsburg.

We’ve brought you the lowdown on the 21-year-old who could move to Stamford Bridge this summer.

Lacroix was born in Villeneuve-Saint-Georges, a suburb of Paris, in April 2000. He was only six years old hen he joined his first club – the delightfully name Limeyrat in the southwest of France.

He played for a further three sides in the region before signing for Sochaux in 2015. It was only another two years before Lacroix penned a professional deal with the perennial yo-yo club.

The centre-back made his professional debut during a 2-0 win over FC Lorient in December 2018 and impressed with his performances as Sochaux tried to stay afloat in Ligue 1.

His displays attracted the attention of Wolfsburg, who secured his services in the summer of 2020.

Lacroix has gone from strength to strength since then, making 35 appearances in all competitions as the German side overperformed and secured Champions League football for next season.

The France U20 international also made his European debut as Wolfsburg were edged out of the Europa League by AEK Athens.

The 21-year-old is gaining a reputation as one of the Bundesliga’s finest centre-backs.

Quickly forcing his way into the Wolfsburg first-team, Lacroix has won 47 tackles and has won 61 aerial duels this season. With his physicality matched by his pace, it’s no wonder Wolfsburg have the second-best defensive record in the Bundesliga this season.

Lacroix’s style of play has been compared with Rio Ferdinand. The graceful defender is able to bring the ball out of defence and pick out a team-mate with a forward pass.

But this elegance should not be confused with a laid-back attitude. The Bundesliga official website said that “his elegance masks a steely will to win and a healthy aggression.”

Lacroix has credited his education at Sochaux for shaping him into the player he is. Speaking to the Bundesliga website, he said: “The director of the academy at Sochaux, Eric Hely, played me as a central defender and told me that it was in that position that I would be able to go furthest as a professional.”

“I listened to him and ultimately I consider centre-back to be my best position.”

He also spoke about his own personal ambitions, saying: “In a personal sense, I hope to get called up to the national teams of France. I don’t think about it every single day but it’s a level I always hope to reach. And to be the best defender I can possibly be. And to take in as much as possible and to always push myself to be better.”

Given his performances for Wolfsburg this season, it’s no surprise to see figures from around the club sing Lacroix’s praises.

His manager, Oliver Glasner, defended him following a poor performance against Eintracht Frankfurt in April. Speaking to journalists after the game, Glasner said: “There was no reproach at all. He’s playing an outstanding season. He’ll also deliver a great performance [against Bayern] next week.”

Wolfsburg goalkeeper Koen Casteels has said: “He arrived here from France and I was amazed at how well he adapted to the level here. He’s a very talented boy.”

It’s not surprising that Lacroix has attracted attention from some of Europe’s elite. Both Chelsea and Borussia Dortmund have registered their interest in the centre-back.

Wolfsburg sporting director Marcel Schafer addressed the rumours, telling Sportbuzzer: “I hope that’s the case with everyone, that what is said from the outside is faded out, especially since most of the things aren’t true.

“It’s simply the case that we are in the spotlight because of our performances. But again, none of our players have a price tag.”