Everything you need to know about Leeds-bound Crysencio Summerville 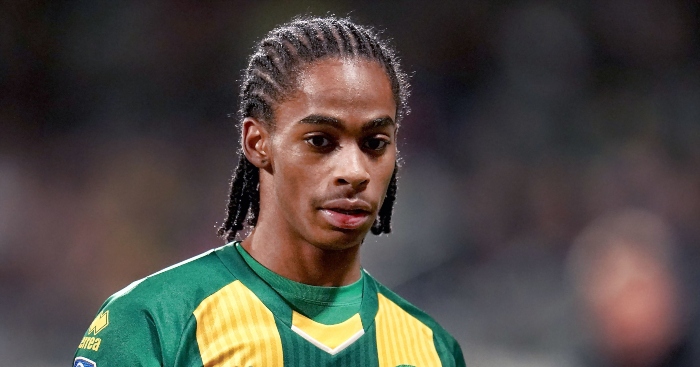 Crysencio Summerville looks set to complete a £1million move to Leeds United after rejecting a new contract at Feyenoord.

Summerville is regarded as one of Holland’s brightest stars and will become the latest exciting young talent to sign for Marcelo Bielsa’s side this summer.

He has previously being linked with Rangers, Wolves and Red Bull Salzburg, and we’ve brought you the lowdown on the teenager.

Born in October 2001, Summerville started his career at local amateur side R.V.V. Noorderkwatier before joining the Feyenoord academy in 2008.

He attracted plaudits for his performances in the Under-17s and signed his first professional contract with Feyenoord in March 2018 despite reported interest from Borussia Dortmund and Bayern Munich.

But Summerville made headlines for the wrong reasons in November 2018 after fighting with team-mate Mats Knoester at the training ground.

He was suspended by the club and shipped out on loan to Eerste Divisie side FC Dordrecht where he provided five goals and one assist in 18 appearances.

The 18-year-old then spent 2019-20 on loan at fellow Eredivisie side ADO Den Haag, registering two goals and three assists in 21 league appearances under Alan Pardew.

At international level he helped the Netherlands win the European Under-17s Championship in 2018, a tournament which was hosted in South Yorkshire. He has also provided six goals and three assists in five appearances for their Under-19s.

Summerville has mainly featured on the right wing for FC Dordrecht and ADO Den Haag but is comfortable playing anywhere across the front three.

The diminutive winger has already drawn comparisons with Jadon Sancho and Wilfired Zaha due to his technical skills, tricky feet and blistering pace.

While the teenager will initially join up with the club’s Under-23s, he’ll look to break into Marcelo Bielsa’s first-team in the near future.

Should see 18-year-old Feyenoord winger Crysencio Summerville through the door at Leeds later this week. Another academy addition but very highly rated. #lufc

“I often hear that there are doubts because of my physical condition, but when you are on the field, you are not concerned with that,” Summerville said in January 2020.

“There are often big defenders in front of me, I have to be smart about that. I know that I am agile and I try to play with my mind.”

– “He is a great talent. He has developed well so far. He has a fantastic passing movement and no arguing with the ball. Only, to take the next step, more things are needed,” former Feyenoord Under-19 coach Dirk Kuyt said in November 2018.

– “He has said that he is going to look for something else and that he is fully within his rights” Feyenoord sporting director Frank Arnesen said in August 2020. “I think it is a great pity that he does not go along with our philosophy for the future.”

– “He’s the one who can do something different,” Alan Pardew told The Athletic in January 2020. “Look, Summerville’s a talent. (RKC) didn’t have someone who could do that, who could ‘make that magic moment’.”