Everything you need to know about Liverpool target Ferran Torres 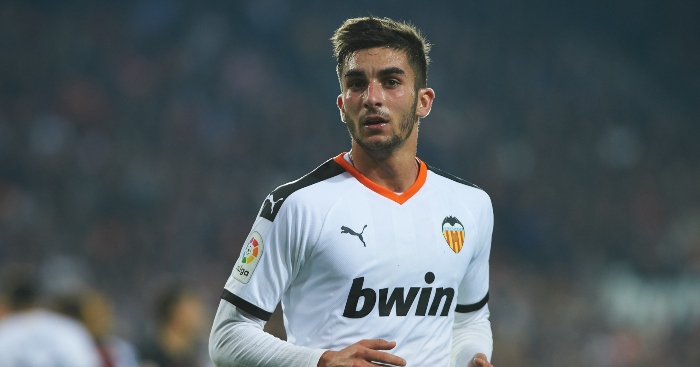 Liverpool have been linked with a move for Valencia right winger Ferran Torres – and we’d love to see him in the Premier League.

Torres is rated as one of the brightest prospects in Spain and has also been linked with Real Madrid, Barcelona and Juventus.

Here’s the lowdown on the 20-year-old who could be playing at Anfield next season.

Born in Foios, Valencia, Torres joined the club’s youth ranks at the age of six and progressed through the youth setup to Valencia B.

The forward was a member of the Spain side that won the UEFA European Under-17 Championships in 2017, beating England on penalties in the final.

He then got two goals and two assists as Spain reached the final of the FIFA Under-17 World Cup later that same year, but they lost 5-2 to England.

After returning from the World Cup, Torres made his Valencia first-team debut in November 2017, coming off the bench against Real Zaragoza in the Copa del Rey.

A few weeks later, he became the first player born in the 2000s to play in the Liga when the then 17-year-old came off the bench a 2-1 defeat against Eibar.

Torres established himself as a regular at the Mestalla in the 2018-19 season, scoring three goals in 37 appearances in all competitions.

The Spaniard also won the UEFA European Under-19 Championships last summer and netted a double in the final against Portugal.

Torres has six goals and six assists in La Liga and the Champions League this season, averaging a direct goal contribution every 188 minutes.

He has also averaged 1.1 key passes per 90 minutes in the league, but that increases to 1.9 in European fixtures.

The skilful winger is renowned for his ability to beat opposition players, and he completes 2.2 dribbles per 90 minutes at a success rate of 53.6%.

“He’s powerful, quick, steady with the ball at his feet and strong in the air. He’s unpredictable” – Valencia academy director of recruitment Jose Gimenez.

“When he’s running with the ball at his feet he can go on inside or outside his man because he is two-footed. He can cross, finish and shoot.

“He’s got all he needs to reach the very top. Speed, ability, he’s the complete package technically” – Spain Under-19 coach Santi Denia said.

“He is combative, but what he has above all is the pace and directness in one-on-ones that modern footballers need.

“He is a dribbler, fast on the wing, can play on either wing, and he has got ability and intelligence” – Sky Sports pundit Guillem Balague.