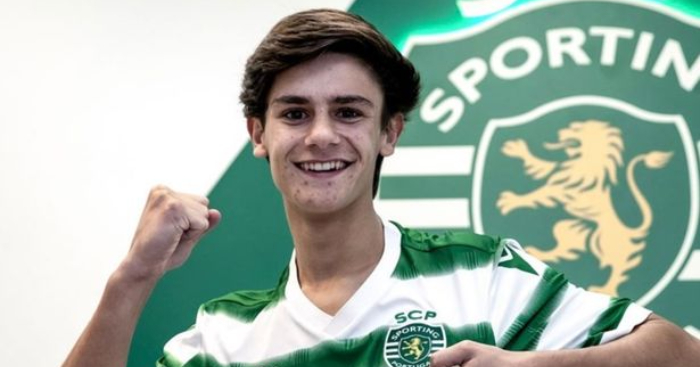 After previous successful dealings with Sporting Lisbon, Manchester United are interested in their latest hot prospect.

Having captured Cristiano Ronaldo, Nani and Bruno Fernandes from the Portuguese club, United are reported to have agreed a first refusal on 16-year-old Luis Gomes.

Here, we’ve provided the lowdown on the midfielder who could be lighting up Old Trafford in future years.

Gomes has yet to break into the senior team at Sporting Lisbon but has already been touted as the next Luis Figo by many in Portugal.

The youngster has already spent a decade at Sporting, having been spotted as a six-year-old back in 2010.

However, the highly-rated player has recently signed his first professional contract with the club. Putting pen to paper on a deal that lasts five years, it is clear that hopes surrounding the midfielder are high.

Atletico Madrid reportedly made an enquiry about Gomes, but it was decided he should stay in Lisbon. That has not stopped United agreeing a first refusal deal worth £14million, according to The Mirror.

Gomes is a midfielder, but his youth and malleability suggest that he could be moulded to suit any tactical demands.

With a diminutive stature and the happy habit of being in the right place at the right time, Gomes seems like he possesses all the qualities to be a top-level attacking midfielder in the future.

“It is a unique feeling. This has always been one of my great goals since I joined the academy.

“It is very good to feel that the club believes in me. Now I have to continue to work and fight to achieve more goals and return the confidence placed in me.

“I always dreamed that I could get here and I always want more. It is very good to see that it happened. It was many years and many trips. We went to many tournaments, but the effort paid off.

“One of my dreams is to reach the main team, and I will work for that.”