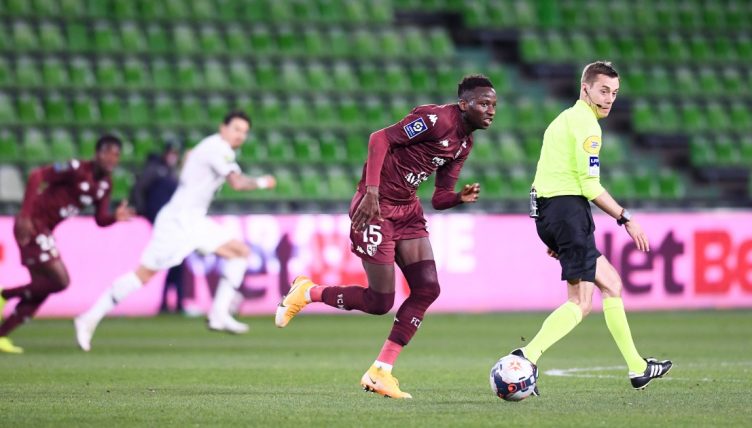 Premier League clubs are always on the lookout for the best young talent – and Chelsea, Manchester City and Manchester United are all tracking Metz midfielder Pape Matar Sarr.

Sarr enjoyed a breakout season in Ligue 1 last year, registering 22 appearances and making his international debut for Senegal. Africa has provided some of the Premier League’s most exciting players in years gone by and Sarr has been tipped to follow in some illustrious footsteps.

We’ve brought you the lowdown on the 18-year-old who could move to the Premier League this summer.

Sarr was born on 14 September 2002 in Thiaroye, a suburb of the Senegalese capital Dakar. He made his professional debut for Generation Foot, the academy that bought through Sadio Mane, Ismaila Sarr and former Premier League strikers Papiss Cisse and Diafra Sakho. He is now odds on with Bet365 NJ for a summer move to a bigger club this season.

It wasn’t long before European clubs began to take an interest – including Atletico Madrid, Barcelona and Monaco – but Sarr signed a five-year contract with Metz in September 2020.

Initially sent to play for Metz’s second team in the Championnat National 2, the midfielder only made one appearance before being recalled to the first-team squad as the COVID-19 pandemic forced the postponement of the league.

The youngster made his first-team bow against Brest in November 2020 and scored his first senior goal in the reverse fixture, a 4-2 victory in January 2021.

Sarr has also made waves at international level. He represented Senegal at the 2019 Under-17 World Cup, scoring twice and providing three assists, before making his senior debut in March 2021 in an AFCON 2021 qualifier against Congo.

And now some elite clubs are keen to buy the 18-year-old before the transfer window closes and transfer him back to Metz for the rest of the 2021-22 campaign.

The 18-year-old is a midfielder whose versatility means he can play a variety of different roles. Sarr primarily plays as a defensive midfielder and his style of play has invited comparisons with the highly-rated Eduardo Camavinga.

He has shown his proficiency in reading the game, winning back possession with a well-timed tackle or interception and then using his ability on the ball to divert danger away – either with his range of passing or taking the ball forward himself.

Indeed, Sarr scored four goals in his debut campaign in French football and possesses the raw talent to score even more in future years.

– After his international debut in March, Sarr said: “In Senegal, I played mainly as a no.8. Here I’ve been mostly playing as a no.6 but I am comfortable in either position.”

– As well as acknowledging his own versatility, Sarr showed admirable self-awareness when talking about his early months at Metz: “I discovered a new climate here,” he said.

“It was so cold at first that I couldn’t even put my boots on. Even after training my feet were so frozen that I had to wait 15 minutes to warm up before I could remove my boots.”

Pape Matar Sarr (18) vs Lens.
Another product of the Genaration Foot academy that brought you Ismaila Sarr and Sadio Mane.
You'll be hearing his name much more next season.pic.twitter.com/DbucJBGY4t

– Winger Lamine Gueye, who trained at Generation Foot alongside Sarr, is not surprised about his rise: “He is a really talented youngster who is very serious in training or during matches. He’s always been like that. He works hard.”

– “I immediately said to myself that he was a top player, with a very high-level (with regards to) reading and analysing the game. He is Miralem Pjanic,” Metz general manager Olivier Perrin told Senego in April 2021.

– “He’s my type of player – I admire him a lot – loads of talent – he’s the future of Senegal,” PSG midfielder Idrissa Gueye said.

– “For me, he is like Sadio Mane,” Senegal boss Aliou Cisse told Wiw Sport in June 2021. “It’s true he has less experience than Mane and has proven less than him, but he is able to play in several systems.”