Everything you need to know about Man Utd target Amadou Haidara 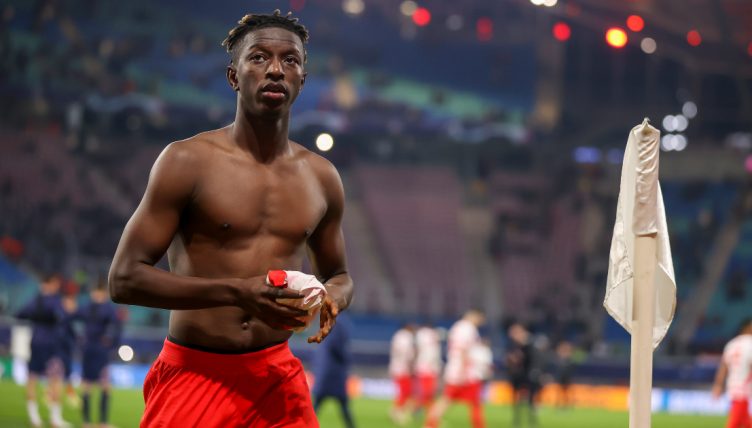 Manchester United manager Ralf Rangnick has reportedly made midfield his priority if there are to be any incomings at Old Trafford during the January transfer window.

Amadou Haidara is said to be the club’s main target for the position since Rangnick arrived and he would be able to provide cover in defensive midfield along with a variety of roles at United.

The 23-year-old is a product of the Red Bull system, having played at both RB Salzburg and now RB Leipzig.

But how has he developed and what is his style of play? Here is everything you need to know about United’s potential new signing.

Haidara was born in Bamako, the Malian capital. There he grew up playing football and played for a local academy side before he was scouted by the Red Bull system and signed by RB Salzburg at the age of 19.

The young midfielder made the big move to Austria and played most of his first season on loan with Salzburg’s feeder club FC Liefering in the second division of Austria, making 25 appearances in the 2016-17 season while he also made five appearances for Salzburg in the Austrian Bundesliga.

Following that, the 2017-18 season was somewhat of a breakthrough campaign for him. He solidified himself as a starter for Salzburg and played 55 games across the campaign, winning the Austrian Bundesliga and helping the side to the Europa League semi-finals with impressive performances.

That was enough for Ralf Rangnick, then Leipzig’s manager, to deem him worthy of the jump up to RB Leipzig and the move became reality in January 2019.

Haidara has been outspoken about the role that Manchester United’s manager played in his decision to move to Germany, crediting Rangnick with pushing for the move despite Haidara being out with a Cruciate injury.

After recovering from his injury, Haidara thrived in the 2019-20 campaign and quickly adapted to the Bundesliga. He had to be patient, making 19 first-team League appearances in his first full campaign, but played in seven matches during Leipzig’s run to the semi-finals of the Champions League.

Last season he was one of the first names on the team sheet, playing in 31 of the 34 Bundesliga games and did well in Europe, even scoring a goal against Manchester United in the group stages of the Champions League last year.

That form has continued into this season where he has been a regular feature of Leipzig’s squad.

He is also a vital member of the Malian national side. Along with Yves Bissouma and Diadie Samassekou he forms part of a technically gifted midfield three that rightly have many tipping Mali as potential upsets at AFCON 2022 if the tournament goes ahead.

Style of play (and how he would fit in at United)

Box-to-box, defensive midfield, or sat in a pivot; Haidara is very much a jack of all midfield trades.

There is a danger with being so flexible that players can become a ‘master of none’ in the process, but Haidara’s talent is undeniable.

He is capable of playing as a defensive midfielder, but that is not his primary position and he would not answer all the questions United need solutions to in that area of the pitch.

Instead, he is very much in the RB mould of a dynamic, pressing midfielder who is just as capable going forward as he is in defence, rushing forward to join the avalanche of attacking players before helping defend from the front.

He is capable of a highlight-worthy goal or a match-saving challenge, but he is more representative of the water-carrier in the Gegenpress system Rangnick wants to play, a midfielder who breaks down play as high up the pitch as possible.

It may be that Rangnick wants to play a combative midfield three, with Scott McTominay as the deepest midfielder acting as a pivot to Fred and Haidara, whose average position drifts rightwards while Fred’s drifts towards the left.

In such a system there may be questions over who is there to progress the ball, but Haidara is more than capable of such a role. He averages 6.21 progressive passes per 90 which places him in the 90th percentile, above both Fred (5.02) and McTominay (4.45).

It’s important to note, however, that Haidara is not a long ball specialist who breaks the lines with his passes, preferring shorter, but progressive balls. If given the opportunity, he is also one to drive forward with the ball at his feet and is an impressively technical dribbler.

Either way, at United the most creative role would likely continue to be fulfilled by Bruno Fernandes, the wing-backs and one of the attackers dropping off wide.

With Haidara in the team, these players will receive the ball quicker and more often with Haidara breaking down play and progressing the ball onto them. 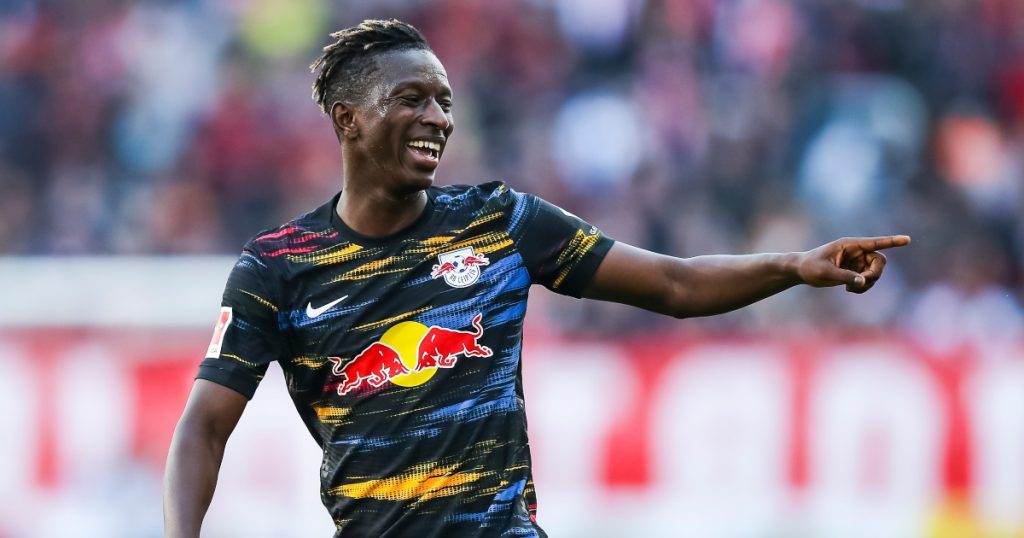 – “My dream club is Manchester United,” Haidara told FootMali in October 2019. “I will fight with all my strength to one day play for that club.”

– “He was an exemplary player who had it all and battled on the pitch,” Haidara said of his role model Steven Gerrard. “I’m a combative player who works hard in defence and I try to do my best going forward. I’ve also got a good shot.”

– “Everyone had a favourite team as a kid. Mine was Manchester United,” Haidara told Sport Bild in December 2021. “I was a big fan of Ronaldo, I liked Scholes, Evra, van der Sar, Anderson. But if you want to talk to me about rumours: I’m at Leipzig and I feel good.”

– “Yes, Ralf plays a very big role in my career,” Haidara said. “Don’t forget: when Leipzig wanted to get me, I tore my cruciate ligament. But Ralf said that I should come anyway. I wouldn’t have expected that back then.

“I’m very grateful to him because he really wanted me and gave me great confidence as a coach in Leipzig. He later told me to stay with RB and trust that Julian Nagelsmann would make me better.”

– “We’re delighted to have signed Amadou,” Rangnick after Haidara signed for RB Leipzig. “We’ve been following his progress in Salzburg, as he’s developed into an absolutely exceptional player there.

“There aren’t many players his age with so much potential. He has all the requirements to follow in Naby Keita‘s footsteps.”

– “He’s an excellent footballer, who doesn’t worry too much, he just goes out and shows his qualities on the pitch,” said former RB Salzburg manager Marco Rose. “He has a lot of dynamism, particularly with the ball, and he’s willing to work. He has a lot of good attributes.”

– “Doudou is one of my favourite players, I told him today,” RB Leipzig CEO Oliver Mintzlaff said in December 2021. “He fits us perfectly.

“Of course it is also a player that Ralf Rangnick loves. Nothing will burn for now.”