Everything you need to know about Man Utd target Cristian Romero 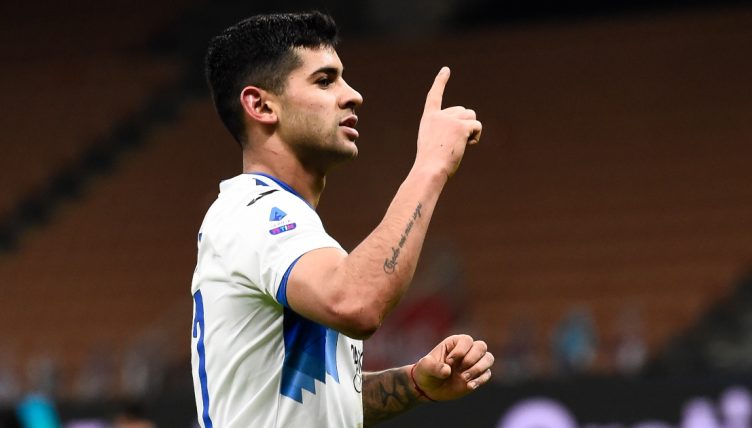 Manchester United are reportedly looking to sign a centre back this summer and reports have linked the club with Juventus defender Cristian Romero.

Romero has impressed on loan at Atalanta this season and would tick a lot of boxes for United – who were linked with Nathan Ake last summer before the Netherlands international joined rivals Manchester City – based upon his ability and age.

We’ve brought you the lowdown on the 23-year-old who could move to Old Trafford this summer.

Born in the Argentine city of Cordoba, Romero started his career at domestic side Belgrano in 2016. He made his debut aged 18 during a league match against Independiente in August of that year.

During his two seasons with Belgrano, Romero made 19 appearances across all competitions.

The passage from Argentina to Europe is a well-trodden one for footballers and the defender was snapped up by Serie A side Genoa in July 2018.

His debut in Italy was uneventful, but his second appearance had strong Jonathan Woodgate vibes – Romero was sent off against Udinese, although at least he managed to score his first Genoa goal. But he made enough of an impression during the 2018-19 season that Juventus signed him during the close season, before loaning him back to Genoa.

Despite another strong season, Romero still found first-team opportunities limited in Turin and new Juve boss Andrea Pirlo sent him to Atalanta for the 2020-21 season.

As the club continue to bloody the noses of the Serie A aristocrats, Romero has enjoyed a superb season that’s included seven appearances in the Champions League.

He’s yet to represent Argentina at senior international level, but he’s made seven appearances for the country’s U20 side.

Romero is an increasingly accomplished centre back, who is perhaps more of a stopper than a sweeper.

His strengths lie in intercepting and making tackles, but Romero is more intelligent than your traditional British-style defender. At Atalanta, he has developed his sweeping up skills and has played in the middle of a back three.

Elite teams almost all use pressing to disrupt their opponents and Romero averaged 7.2 successful pressures per game from the beginning of the 2019-20 season up until January 2021.

He stands at 6’1″ and Romero relishes his aerial duels with opposition strikers, while N’Golo Kante is the only player in Europe’s top five leagues to average more interceptions.

🥇 Atalanta's Cristian Romero is the top rated centre-back in both Serie A (7.17) and the Champions League (7.67) this season

🧠 Only one player in Europe's top 5 leagues averages more interceptions per game than Romero (3.1) #MUFC pic.twitter.com/89RqsbcQqF

Upon joining Atalanta, Romero spoke about his desire to play in elite competition. Speaking to the club’s official website, he said: “That’s another dream for me, playing in the Champions League. I’d only ever watched it on TV in Argentina and at Genoa.

“Playing in the Champions League is something else, I must give something more from a football standpoint.”

He also said: “I thank Genoa, as they brought me to Italy from Argentina, where I felt bad and I didn’t play, so thanks to Genoa for all they did for me. Now I’m here, I’m looking forward to playing, fighting for this team, I’m really happy.

“I’m a young guy with many dreams in my head, I want to reach the Argentina international team, which is my main goal.”

Romero has been effusive about the influence of Gian Piero Gasperini. He told Football Italia in April 2021: “I’ve always said Gasperini is a great coach who is helping me grow so much.

“It was the best choice to come here and join Atalanta, I knew many players who loved it here and I listen to all his advice.”

Andrea Belotti talked the referee out of booking Cristian Romero after he 'fouled' him.

Then, Belotti gives the ball back from the resulting free kick.

Ex Genoa great Claudio Onofri gave Romero plenty of praise back in 2019. In an interview with Italian Tutto Mercato Web, he said: “He is destined to reach very high levels, he was born in 1998 and it is clear that he must still improve.

“For example, he must improve his decision making: he is a player who with his stronger leg goes to press high and can sometimes commit fouls, but if he were to leave Genoa one day, he’s a fan of Chelsea, just to give an example.”

Upon joining Atalanta, tactics website Breaking the Lines concluded: “Atalanta has a defender that is not quite the finished article but a mentor like Gasperini can nurture his talent in the best way possible.

“The Argentine might need to improve on his ball control and study the tactical movements of Gasp’s system but he has many defensive strengths that his teammates don’t particularly have.”

Scouted Football observed: “Cristian Romero has an interesting skillset. Elements of his game are true relics of a bygone era: he looks impressive as a sweeper, mopping up loose passes and breaking up attacks that threaten to get behind the defensive line.

“He is no-nonsense, tackles hard, picks up too many yellow cards (21 and two reds in two Serie A seasons) and, of course, wears black boots. The old school aesthetic matches the gritty and aggressive nature of the Argentine’s defensive style. In Italian, they call it grinta.”