Everything you need to know about Man Utd target Facundo Pellistri

According to reports in Uruguay, Pellistri has agreed on a five-year deal with United and would be available for a fee in the region of £10million.

We’ve brought you the lowdown on the talented teenager who could be heading to Old Trafford before deadline day.

Born in Montevideo, Uruguay, Pellistri began playing under the ‘baby futbol’ scheme at the age of four, following in the footsteps of Edinson Cavani, Sergio Aguero and Luis Suarez.

He started his career at La Picada and River Plate Montevideo before joining the youth system of boyhood club Penarol in 2018.

After impressing manager Diego Forlan in training, he made his first-team debut at the age of 17 against Defensor Sporting in August 2019.

The 18-year-old made 20 appearances in all competitions in his breakthrough campaign, scoring his first goal in a 3–1 win against Cerro in November 2019.

Pellistri was handed the coveted No.10 shirt ahead of the 2020-21 season and has a goal and an assist in five Copa Libertadores appearances.

He is also regarded as one of Uruguay’s most promising players and has been tipped to make his national team debut in the near future.

United may face strong competition for his signature, however, with Real Madrid, Atletico Madrid, Manchester City, Lyon and Boca Juniors all showing an interest in the teenager. 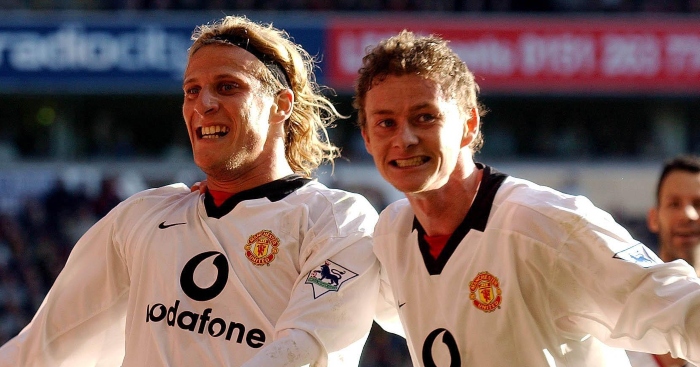 Primarily a right-winger, but capable of playing on either flank, Pellistri loves to showcase his excellent dribbling ability by taking on opposition defenders.

Despite his slight physique, he is capable of holding off a challenge from a defender and also has an impressive defensive work-rate.

While United have been trying to strengthen the right-hand side of their attack this summer, he would most likely be viewed as one for the future rather than ready-made for the first team.

🇺🇾 There weren’t many goals elsewhere but Peñarol made up for it during their 3-0 win over Colo-Colo.

Facundo Pellistri fired in this rocket. 🚀

– “Pellistri has huge potential. There is still a lot to work on. He is growing and he makes the difference. We know it will be difficult to keep him for a long time. He has great pace and that is hard to handle,” Diego Forlan told Joga Bonito in April 2020.

– “He is young, talented, he hasn’t played that much but you can see he is a real rascal with the ball at his feet,” Juan Roman Riquelme told El Observador in December 2019.

“And that is important. There is not many like him around, who have the courage to be so cheeky on the pitch. That is highly valuable.”

– “I really admire Messi, he does everything well on the field and is a reference when it comes to improving,” Pellistri told ESPN in August 2020.

– “Who would not like to play in Boca. It is a great club but if something from Europe appeared, I would take the leap,” Pellistri told Niembro Radio in August 2020.