Everything you need to know about Man Utd target Ryan Gravenberch 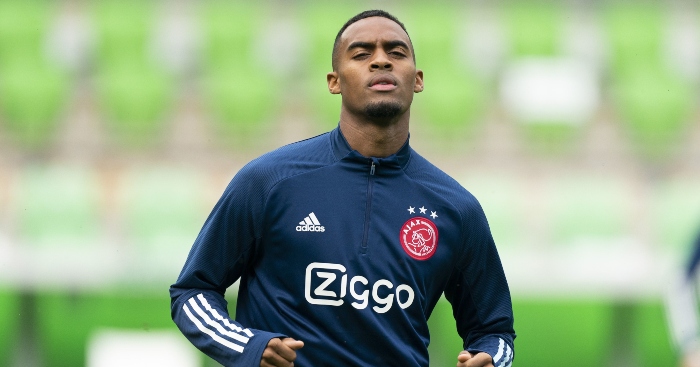 Donny van de Beek has only just joined Manchester United, but the Red Devils are reportedly looking to bring in another talented Ajax midfielder.

According to the Daily Mirror, United are keeping tabs on 18-year-old Ryan Gravenberch, who is also the centre of interest from Barcelona and Serie A champions Juventus.

But who is he, what kind of player is he, and how good is he? Here’s everything you need to know about the highly-rated teenager.

Born in Amsterdam, Gravenberch was seemingly destined to play for Ajax as he followed his older brother Danzell’s lead into the academy in 2010.

While Danzell struggled at Ajax, Ryan has had a very different experience, showing himself to be one of the most promising players Ajax have among their ranks at the moment.

In 2018, he signed his first professional contract and won the Abdelhak Nouri Trofee, which is awarded to the strongest talent within the club’s academy.

Gravenberch made his senior debut in September 2018, becoming the club’s youngest ever player at 16 years old and 130 days – beating Clarence Seedorf’s previous record by 112 days.

Having impressed for club and country in the youth ranks, winning the U17 European Championships in 2018, he is now pushing to truly make his mark at senior level.

The 18-year-old has become a first-team regular in 2020-21, playing the full 90 minutes in the Champions League matches against Liverpool and Atalanta.

READ: The 10 players Man Utd have signed from the Eredivisie & how they fared

While playing in Ajax’s youth ranks, Gravenberch could mainly be seen in an attacking midfield role and was sometimes deployed on the left-wing.

However, since his step up into the first team, he’s been used in a deeper midfield role, taking on a bit more of the defensive responsibility.

This doesn’t mean his attacking threat is being completely nullified though, as he can often be seen roaming forward with the ball at his feet.

The role he is currently playing seems to be a fairly similar one to that which Ole Gunnar Solskjaer has been asking Paul Pogba to fulfil.

Gravenberch is certainly busy in his defensive work, as he has averaged 1.5 tackles and 1.5 interceptions per 90 minutes in his first four Eredivisie games of the campaign.

Though there could be an improvement in the quality of his tackling, as he has committed an average of 1.8 fouls in the Eredivisie.

Considering his predominantly deep-lying position, the teenager carries a real threat, having produced 1.5 key passes and 1.8 successful dribbles per 90, as well as two assists.

– “A contortionist. I am able to slip and turn everywhere. And I have extension legs,” Gravenberch told Het Parool asked to describe his style of play.

“Pretty handy too. I am tall, six feet tall. It is often said that tall players have less technique, but I have to rely on my technique. By the way, I am bad at headers for a tall footballer. I found it difficult as a child. ”

– “I hear that all the time. I recognise that we are the same types, my example is Zinedine Zidane,” he told NOS when asked about comparisons to Pogba.

– “De Ligt might have been an exception at that age, but Gravenberch has unrivalled qualities,” Ronald de Boer told Fox Sport in January 2019.

– “I think that other kid in midfielder Gravenberch was very good,” Rio Ferdinand told BT Sport after Ajax’s game against Liverpool in October 2020.