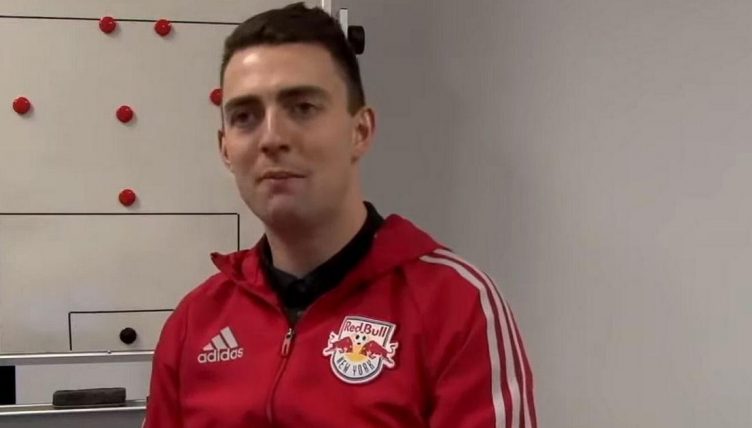 With Kieran McKenna having left Manchester United to take over as Ispwich Town manager, another spot opened up for Ralf Rangnick to further imprint his identity on Manchester United’s backroom staff.

In line with his increasingly apparent tendency to hire people with whom he has worked in the past and who are steeped in his footballing philosophy, the German has gone for Scottish coach Ewan Sharp who has joined the club as a new assistant coach.

So here’s everything you need to know about Manchester United’s new assistant coach and analyst.

Sharp started out as a player, playing for Scottish side Stirling City before moving to the US to study Sport Business whilst also playing for his University’s football team.

After graduating he took on a role as an assistant coach with the team before moving into Rangnick’s Red Bull system, joining New York Red Bulls in 2015 as a Player Development Coach.

He moved on to Northwestern University as director of performance analysis before returning to New York where he worked closely with another new United coach Chris Armas during his time as head coach, and moved to Toronto to join Armas when the latter became head coach there.

When Armas was sacked by Toronto, Rangnick approached Sharp and convinced him to move to Russia and join him at Lokomotiv Moscow where Rangnick was Director of Football and now, with Rangnick manager of Manchester United, the German has called upon Sharp once more.

He has a US B licence and a UEFA B licence.

Not much has been said about Sharp by others, but he has explained his footballing philosophies at length before and it’s clear to see how Rangnick has influenced him.

– “We have set an expectation of the players in terms of their positioning immediately before and after a change of possession. That allows us to counterattack effectively. When we win the ball, we look to have players running forward so we can get the ball towards goal as quickly as possible.” – He said of New York Red Bulls’ playstyle to The Training Ground Podcast

– “We have a well-defined playstyle. It’s something that’s really well communicated throughout the organisation, in the characteristics we look for in first-team players and that we try to instill in academy players.

“For me in my role, this is hugely beneficial. It helps me in opposition analysis, post-game analysis, the way I go about communicating with the players… without it it would be really difficult to know what to look for when looking at games.” – On his role as a performance analyst at NYRB.

– “The biggest benefit of having this well-defined playstyle is the players are clear on their expectations, they know what the coaching staff are looking for and they know what’s expected of them when they go out there and perform” – About the benefits of a consistent playstyle.

– “Football is so competitive that you are always looking for a way to get a marginal increase in performance so you can get the edge over your opponent.”