Everything you need to know about Tottenham target Sofyan Amrabat 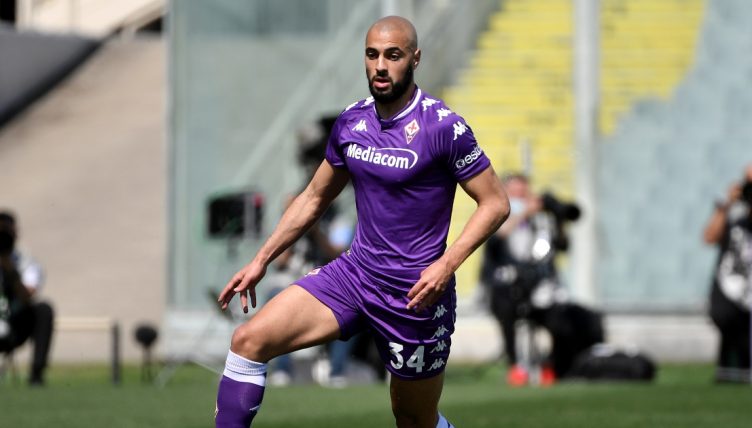 According to the Evening Standard, Tottenham are currently in talks with the Serie A side over a loan move for Amrabat.

We’ve brought you the lowdown on the 25-year-old, who is reportedly held in high regard by Conte and managing director Fabio Paratici.

Born in the Netherlands, Sofyan comes from a footballing family and is the younger brother of former Watford winger Nordin Amrabat.

He initially followed in his brother’s footsteps and started his career at amateur side HSV De Zuidvogels before being snapped up by Utrecht in 2007.

Amrabat made his first-team debut in November 2014 and later became a key player under Erik Ten Hag, making 38 appearances in all competitions in 2016-17.

Despite being linked with a move to Watford, Stoke City and Crystal Palace, he remained in the Netherlands and joined reigning champions Feyenoord in a €4million deal in 2017.

Amrabat spent just one year in Rotterdam, making 33 appearances in all competitions and winning the KNVB Cup and two Johan Cruyff Shields.

He then had a season with Belgian side Club Brugge before heading to Italy, joining Hellas Verona on a season-long loan deal.

The 25-year-old won their Player of the Season award in 2019-20 and his impressive performances saw him linked with Inter, Napoli, Fiorentina and AC Milan.

Fiorentina won the race for his signature and he was one of their standout performers in a difficult season, making 33 appearances in all competitions in 2020-21.

But he has fallen out of favour following Vincenzo Italiano’s appointment as manager, playing just 215 minutes in Serie A this season.

Despite playing for the Netherlands at Under-15 level, he then switched his allegiance to Morocco in 2013 and made his senior international debut in 2017.

Amrabat has over 30 international caps to his name and is currently at the Africa Cup of Nations, helping Morocco reach the quarter-finals.

Amrabat is a box-to-box midfielder who has a good range of passing and likes to carry the ball forward, but he can also play as a holding midfielder.

He is renowned for his tough-tackling and combative style but doesn’t offer much of a goal threat, finding the back of the net on just five occasions in his senior career.

Conte is desperate to bolster his midfield options, with Tanguy Ndombele, Giovani Lo Celso and Dele Alli all reportedly free to leave the club before the end of the month.

That would leave Harry Winks, Oliver Skipp and Pierre-Emile Hojbjerg as Amrabat’s direct competitors for a place in Conte’s midfield.

But the 25-year-old is also very versatile and has previously filled in on the wing and at right-back.

🇲🇦Sofyan Amrabat’s loan move to Tottenham Hotspur is being described as ‘pretty much’ finalised.

⏳All that is required to complete the switch is the player to accept the move to Spurs before the January transfer deadline.

– “Of course, you are flattered when you get linked with a Premier League club,” Amrabat said in 2017. “That’s a compliment and says I’m doing well. But there is still nothing concrete. I’m going only think about it when it is relevant.

“The Premier League is a competition where I could play. In terms of style of play it would fit well with me.

“Sure Germany and Spain are also beautiful. If you want to reach the top, and I want to, you should be able to play anywhere and against anyone. An intermediate step would be logical or even ideal, but I’m working with FC Utrecht.”

– “I like the pressure,” Amrabat told Fiorentina’s official website in February 2021. “My agent always tells me: ‘I’m not worried for you in big games.’  I like to play in full stadiums – I like it when the fans are whistling me. That’s what I want – that’s why you do it.”

– “Sometimes people think footballers don’t care, or sometimes you maybe have footballers who don’t care,” Amrabat told Fiorentina’s website in 2021. “But I’m not like that.

“I feel responsibility for the club, the city of Florence, the Fiorentina fans. It’s a big responsibility. For me it’s not: ‘OK I played, we win or we lose. I go home, I don’t care.’ I take it home with me. My parents see it in my face – after a bad game you better stay away.

“If you’re a winner, you want to win. I want to win every week. And if we lose, I feel bad. For the fans in Florence, Fiorentina is everything to them. So I feel a sense of responsibility because of that.

“It’s more than just a job. It’s for the people – it’s their life. You can give them happiness.”

– “Amrabat looks like a combination of [Frank] Rijkaard, Lothar Matthaus and Godzilla given the way he was monstering Inter,” ESPN’s Gabriele Marcotti said after Hellas Verona’s 2-2 draw with Inter in July 2020.

– “I compliment him, he’s a great player,” Fiorentina’s Gaetano Castrovilli told their official channel after plying against Amrabat in 2020. “Today, we must think about the present. I hope he continues like this and we’ll be waiting for him to come.”

– “Whoever takes Amrabat makes a bargain: he will make up for it,” former Palermo sporting director Rino Foschi said in January 2022.

– “A hugely talented midfielder, Amrabat is comfortable playing in the centre or in front of the defence,” journalist Michael Bell said in 2017. “He has exceptional technique on the ball with his vision and passing ability a major asset to Utrecht last season.

“He is tall and elegant with the ball at his feet and seems to glide on the pitch at times as he strides forward. Amrabat is also tenacious when not in possession and is terrier-like when trying to win the ball back.”

– “Amrabat has undoubtedly been the revelation of the season,” journalist Richard Hough told World Football Index in 2020. “He typifies Hellas Verona under [Ivan] Juric. Energetic and combative, but with genuine quality as well, he’s the kind of player that every fan wants in their team.”