The 14 most expensive teenagers in football history & how they fared 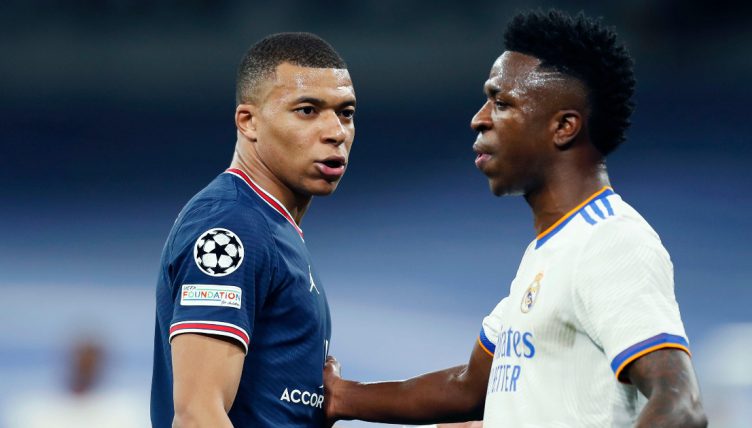 Whenever a teenage star makes a sensational breakthrough, they usually have a whole line of top teams eyeing them up within weeks, and become the subject of some pretty hefty transfer bids as clubs look to secure their future. The 14 most expensive ones all cost above £30million.

Fees have dramatically increased in recent years, and the top two on this list cost over £100million to pry them away from the clubs where they made their breakthrough.

Players with large transfer fees often fail to justify their fee, as we’ve seen a number of the most expensive transfers ever completely flop after a big move, but there is often more sympathy when it comes to pricey teenagers as they have more time to become who they promise to be.

We’ve listed the 14 most expensive teenagers in football history, and whilst most moved in recent years, there are a few whose transfers withstood the test of time to still remain as one of the priciest ever.

It is a mixed bag of success…

The French winger was sensational when he broke through at Rennes, prompting youth development specialists Borussia Dortmund to spend £31.5million on the 19-year-old.

Dembele was such a hit at Dortmund that just one season later Barcelona paid over £100million and £35million in addons for his services, but injuries have meant that his time at the Camp Nou has been overall underwhelming with flashes of quality.

The midfielder starred as Portugal won Euro 2016, and this was enough to convince Bayern Munich to part with an initial £31.5million for the 19-year-old.

However, Sanches failed to settle at the German champions, and a disastrous loan at Swansea City didn’t help.

He eventually moved onto Lille in France and has since found some consistency at last.

When the Swedish winger was just a teenager, he was starring on loan at Parma from Atalanta, prompting Juventus to spend £31.5million on the 19-year-old in January 2020 before loaning him back to Parma.

Kulusevski never replicated his Parma performances in Turin, and recently joined Tottenham on loan with an option to buy.

He’s impressing in North London, and starting to show why he was so highly rated before.

Leicester paid a massive £31.5million for the 19-year-old centre-back from Saint Etienne in 2020, and he has impressed since.

However, a horrific leg-break in a pre-season friendly meant that Fofana has missed most of this campaign through injury, but he has since returned and is eyeing up a place in the France squad going to Qatar in November.

The Argentine striker’s move from River Plate to Barcelona was the earliest transfer on this list, moving in 2001 for around £32.3million.

Saviola was touted as the new Maradona after his exploits in Buenos Aires and was sensational for a few seasons but was sent out on loan following the arrivals of the likes of Patrick Kluivert.

His loan spells were fruitful as he won the UEFA Cup with Sevilla before returning to Barcelona, where he continued to score at a decent rate.

Saviola managed a respectable 70 goals in 168 appearances for the Blaugrana, but then committed the ultimate sin, joining Real Madrid after his Barcelona contract expired.

His technique was outrageous…

His first-ever La Liga goal for Barca showed absolutely no respect for the Tenerife defence.pic.twitter.com/VduBPPl7zA

The true definition of a ‘generational talent,’ Rooney was utterly sensational when he broke through as a 16-year-old at Everton, and naturally Manchester United came calling.

A £33.3million move to Alex Ferguson’s side followed in 2004 when Rooney was just 18, and it’s safe to say he did pretty well, becoming their record goalscorer in 13 years at the club whilst also winning everything on offer.

It was a huge fee at the time, but one that ended up proving to be a bargain, and it is a testament to how incredible teenage Rooney was that he remains on this list 18 years after he initially moved. 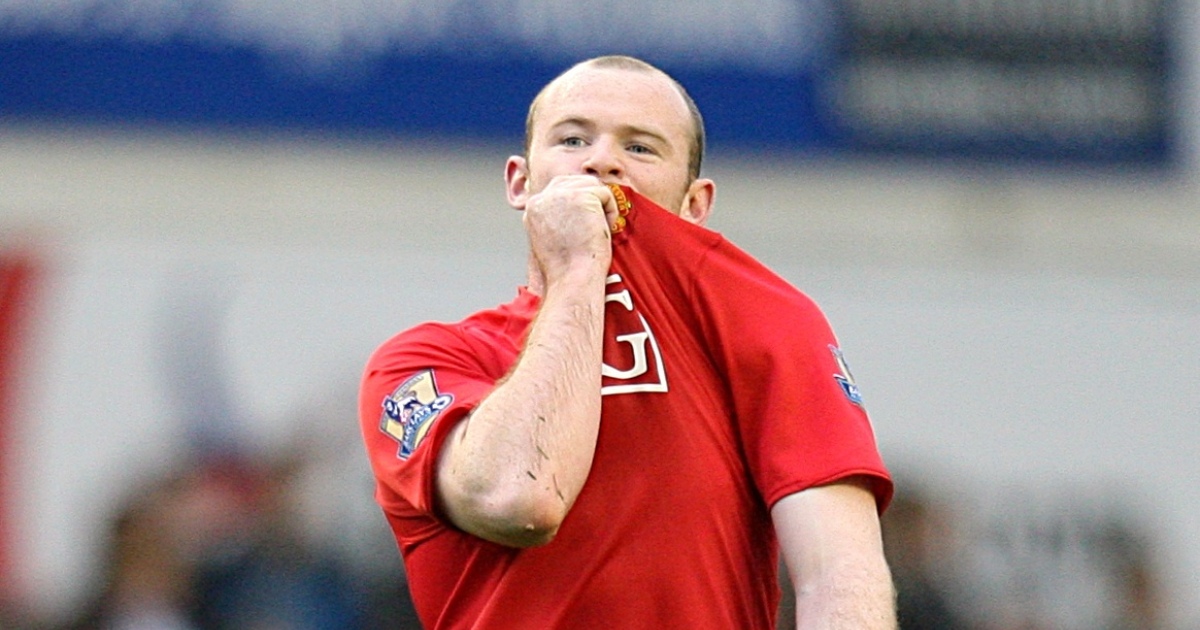 READ: When Rooney kissed the Man Utd badge vs Everton not once, but twice

Similarly to Rooney before him, Shaw broke through at a very young age and even made the England squad for the 2014 World Cup as an 18-year-old.

One of Louis van Gaal’s first signings as Manchester United boss, the left-back moved from Southampton to United for £33.75million but has had mixed success in his eight years at the club.

Shaw had his best season in a United shirt in 2018-19, winning their player of the season award, but also struggled with fitness and injuries, whilst also having some very public battles with Jose Mourinho.

“He likes some, he doesn’t like others and I fell into the category where he didn’t like me,” Shaw stated about Mourinho in 2021. “I tried as hard as I could to get back on to his side but it never worked out, no matter what I did.

“There is no hiding that we didn’t get on. I think he was a brilliant manager but, you know, the past is the past. It is time to move on. I am trying to move on but, obviously, he can’t.

“He continuously talks about me, which I find quite strange. Even some of the lads have said: ‘What’s his problem?’ and: ‘Why does he keep talking?’ He just needs to move on.

“Hopefully he can find his peace with that and finally move on and stop worrying about me. Clearly I am in his head a lot and he clearly thinks about me a lot.”

Eyebrows were raised when Wolves paid a club-record £36million for a 17-year-old striker with three senior goals for Porto, and those eyebrows have not been lowered.

Silva has shown promise since his move in 2020 and still has time on his side, but with just four goals in 62 appearances, many feel his huge fee was too excessive given how raw the young forward is.

With zero goals at all this season, the 19-year-old is certainly struggling to justify his fee, but if Football Manager is anything to go by, it is surely only a matter of time before he starts finding the back of the net.

Real Madrid were gutted when Neymar moved to Barcelona rather than themselves so they spent a lot of time and money trying to poach his eventual successor directly from Brazil.

The first of these was Vinicius Junior, joining from Flamengo for around £40.5million when he was just 18, and after a tough first couple of years, they are now reaping the rewards.

With 21 goals and 20 assists this season, the 21-year-old is already one of the best players in the world, and he’s only going to get better.

A year after Vinicius Junior moved to the Bernabeu, Real Madrid went back to Brazil and paid Santos £40.5million for Rodrygo.

His two goals against Manchester City were worth the fee alone…

Another Louis van Gaal signing at Manchester United, Martial joined on deadline day from Monaco for around £54million when he was just 19.

Many were intrigued to see why United paid so much for a relatively unknown teenager but he arrived in style, scoring a stunning goal against Liverpool on his debut.

However, despite his obvious talent, the Frenchman struggled for consistency at United, and eventually joined Sevilla on loan this season, where he has failed to revive his career.

With 79 goals for United, Martial cannot be classed as a flop, but the future of the 26-year-old is currently unclear.

One of Ajax’s youngest ever captains, the Dutch centre-back lit up Europe as Ajax reached the Champions League semi-finals in 2019, and this prompted Juventus to spend a whopping £77million on him when he was just 19.

De Ligt was the first defender to ever win the Golden Boy award, and has performed well for Juventus, although the club’s recent decline means it is more difficult for him to stand out as a top talent.

A stunning breakthrough at Benfica in 2019 meant that Felix was cherry-picked by Atletico Madrid as a direct replacement for the Barcelona bound Antoine Griezmann, and a massive £115million was spent to bring him to the Wanda Metropolitano.

His talent is unquestionable, but a technical second-striker isn’t the stereotypical Diego Simeone forward, and he’s struggled to adapt to their aggressive, defensive style.

He’s still impressed at times, but not consistently, yet.

PSG spent £130million on an 18-year-old Mbappe, and it was worth every single penny.

Already has two goals, so he throws a sublime outside-of-the-boot assist into the mix!

The 10 fastest players to reach 100 goals at a club: Ronaldo, Suarez…

Where are they now? A ‘new Ronaldo’ for every year since 2008