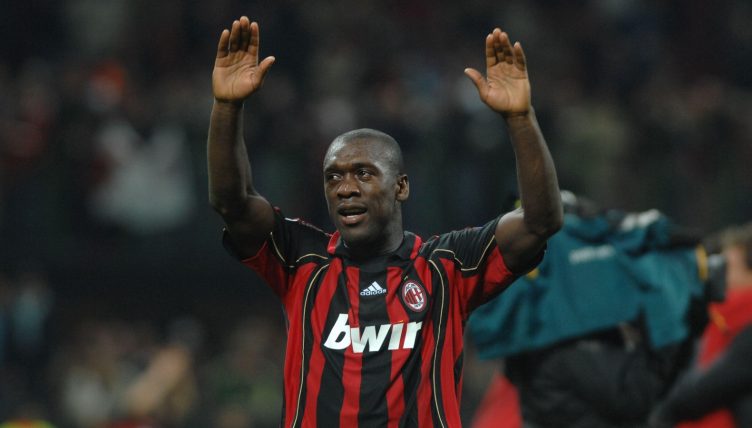 Moving house is a ballache – packing your life away, trying to wedge the sofa out of the back door, and estate agents – but some footballers have been canny enough to switch clubs without the need to move anywhere.

It’s easy to forget that footballers are human beings too, with roots in their local area and kids at the local schools. Some players just don’t fancy moving to the opposite end of the country on the whim of a manager who’ll likely be sacked in a few months anyway.

The latest player to fulfil one of our favourite transfer niches – pointed out thanks to Danny Corcoran and Ajay Bhakta on Twitter – is Martin Braithwaite. Unloved and unappreciated at Barcelona, Braithwaite managed to secure a switch to city rivals Espanyol on transfer deadline day.

As well as securing first-team football for the foreseeable future, the Denmark international can carry on living in one of Europe’s best cities without the need to put his worldly possessions into storage.

In the midst of Braithwaite’s move, we’ve found another 11 transfers where the player didn’t need to pack their belongings into cardboard boxes and up sticks…

One of the greatest midfielders of his generation, with a gloriously Edwardian English first name to boot, Seedorf spent over a decade in Milan and didn’t even need to move stadiums when switching from Inter to AC in 2002.

While the former Netherlands international didn’t lift any silverware with Inter, he is fondly remembered by the Nerazzurri for two stunners against Juventus in the 2002 Derby d’Italia.

Clearly seduced by Milan’s abundance of cafes and Cotoletta alla Milanese, the midfielder enjoyed a glorious decade at AC Milan afterwards and won 10 major honours in the famous red and black stripes.

Back in the Premier League with Fulham, Willian already enjoys a close relationship with the city of London.

After being heavily linked with Tottenham in 2013, the Brazil international chose to join Chelsea instead and enjoyed a seven-year spell at Stamford Bridge that was more successful than you probably remember.

Okay, his time at Arsenal was a complete failure – which probably endeared him to Chelsea fans even more – but the forward did altruistically agree to rip up his lucrative contract early before returning to Brazil.

Now he’s back in London, we’re wondering whether his old house is available.

Despite arguably being less heated than other rivalries, not many players have moved directly between Everton and Liverpool – but one England international did just that in 2000.

“If my highest high this year was taking the telephone call from my lawyers to tell me I’d finally got Everton, the lowest low was hearing the news about Nick Barmby,” Everton chairman Bill Kenwright said shortly after the move went through.

“It was hearing he had used the six of the worst words in the English language as far as Everton fans are concerned. He had said: ‘I want to play for Liverpool’. To say I was shocked and surprised doesn’t begin to describe how I felt about it.”

Barmby never quite replicated his Everton form across Stanley Park, but seeing him lift a treble of trophies during his debut season at Liverpool was a particularly difficult toffee to swallow.

Wright is a quintessential Londoner, with the swagger and larger-than-life personality readily associated with the nation’s capital.

Raised in Woolwich, Wright spent the vast majority of his career in London and served Crystal Palace, Arsenal and West Ham with distinction. There were brief spells with Nottingham Forest, Celtic and Burnley near the end of his playing days, but he was really at home in London town.

Since his retirement, the former striker has become something of a national treasure. It’s not hard to see why… 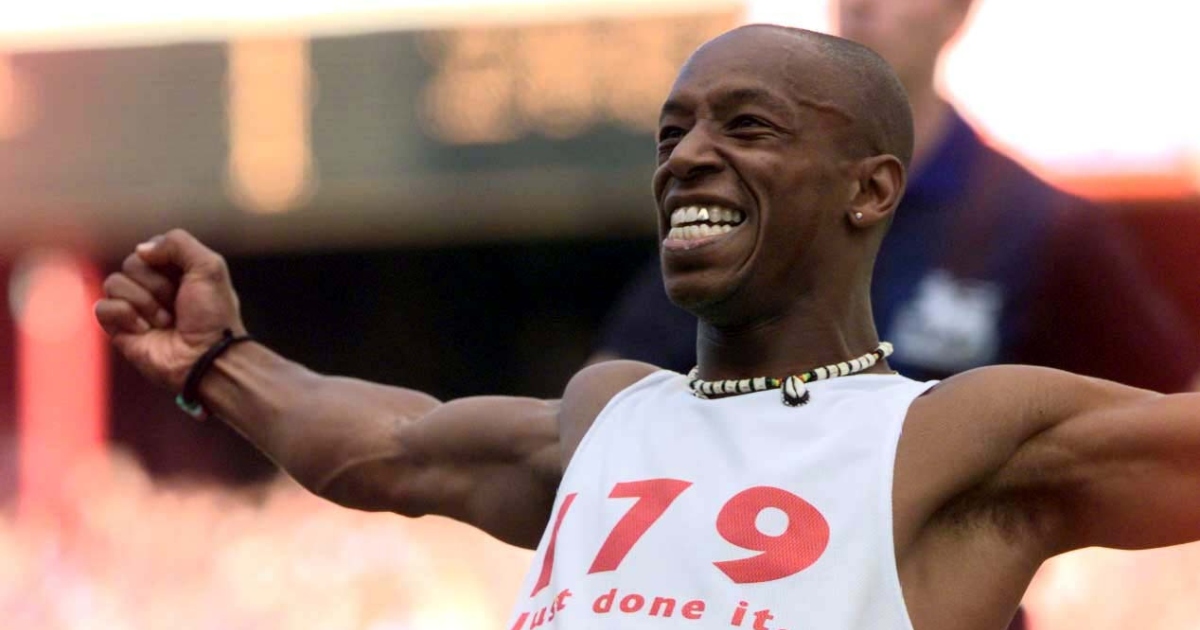 It’s the summer of 2009 and Sir Alex Ferguson was in one of his infamous moods.

“It’s City isn’t it? They are a small club with a small mentality,” he said. “All they can talk about is Manchester United; they can’t get away from it.”

Newly-minted City had taken advantage of United’s dawdling to sign Carlos Tevez and leave Fergie spitting feathers. While Tevez had done well at Old Trafford, leaving for the blue half of Manchester truly burnt his bridges with the Stretford End regulars.

Apart from a couple of seasons at Newcastle, in what was the greatest North-South culture clash since Get Carter, Parker spent his entire career within the confines of London.

The midfielder made his name at Charlton before a controversial switch to Chelsea at the start of 2004 – according to Alan Curbishley, Parker handed in a transfer request with wet hair from a post-match shower – and he moved back to the capital with West Ham in 2007.

Spells at Spurs and Fulham followed before Parker became a manager and ventured as far as Bournemouth. Some people are just born travellers.

Forget his reputation as a tantrum-throwing brat, Gallas was good enough to play for London’s three biggest clubs over a 12-year stay in England.

Signed by Chelsea in 2001, the centre-back won two Premier League trophies before downing tools and forcing a move to Arsenal five years later.

His time at the Emirates is best remembered for his strop on the pitch at Birmingham but, while he was never captain material, Gallas played well for the Gunners.

And, while we knew Gallas played for Spurs, we’d forgotten he was there for three years between 2010 and 2013. But, in fairness, he was already more London than Danny Dyer drinking a pint of Fullers by that point.

Neville was a Manchester United stalwart until Ferguson sold him to Everton in 2005.

Known as ‘the Manc’ on Merseyside, it would take Neville three years and an attempt to remove Cristiano Ronaldo’s legs from his torso to become accepted at Goodison… 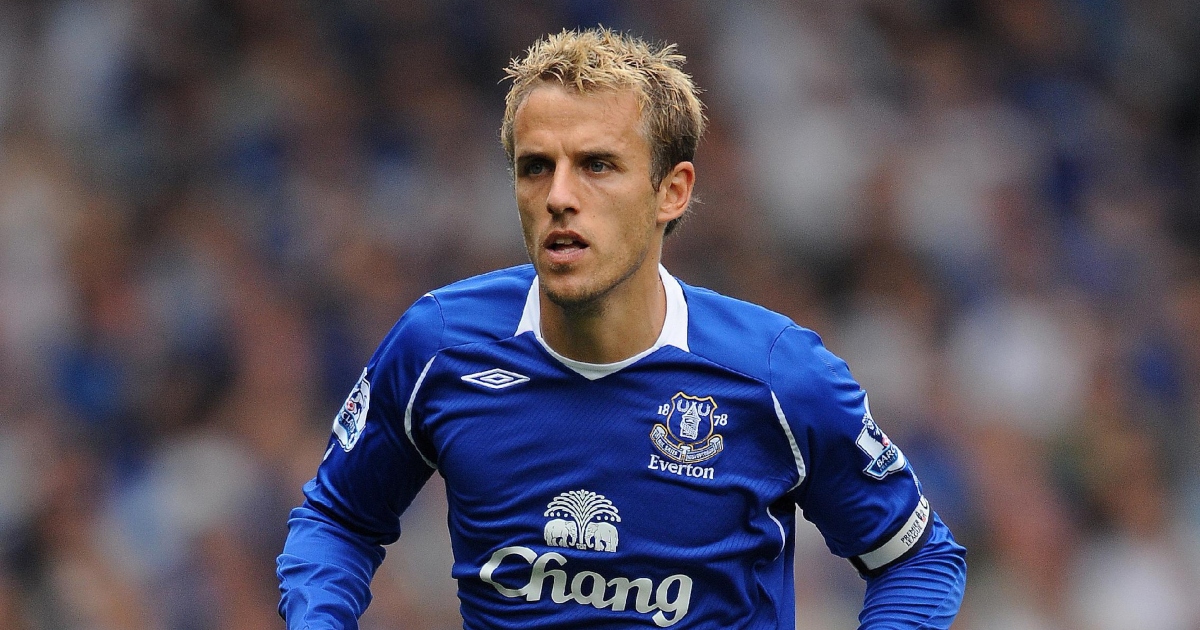 The Midlands is home to a host of famous clubs that, with the exception of Leicester City, have all seen better days and nobody loved the area quite as much as Gardner.

A product of the Aston Villa academy, the midfielder made 80 appearances for the club before switching to Birmingham City in January 2010.

Gardner enjoyed arguably the best period of his career at St Andrew’s, scoring a number of crucial goals as the Blues won the League Cup in 2011.

While he left the Midlands for Sunderland following Birmingham’s relegation in the same year, the allure of the Bullring and first-rate curries couldn’t keep Gardner away for long; he signed for West Brom in 2014 and ended his career back at Birmingham.

Brighton, Tottenham, West Ham, Fulham, QPR… Zamora was clearly a footballer that didn’t like to stray too far from home during his 17-year career.

But Zamora’s love of London has nothing on another former striker. Step forward Clive Allen, who played as a forward for seven different London clubs. Seven.

Arsenal and Spurs. Millwall and West Ham. Chelsea and QPR. Allen transcended captial rivalries throughout his 18-year-career, being particularly prolific at both White Hart Lane – where he once scored 49 goals in a single season – and Loftus Road.

While Allen did spend a year at Bordeaux, his brief spell at Manchester City before returning to London in 1990 indicated he was much more comfortable in the Queen Vic than the Rovers Return.

“You’re going to every club he’s played for in London? That’ll take about 10 years,” shouted former Premier League champion Tony Gale before The Athletic took Allen around his seven old capital haunts in a single day back in 2019. It was certainly ambitious…