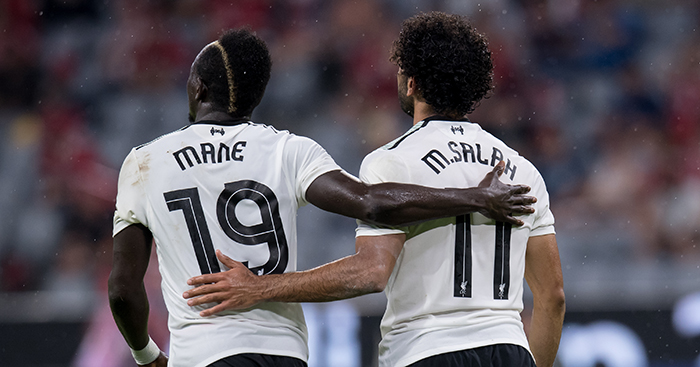 There are players at Liverpool, Manchester City, Manchester United and Tottenham you simply can’t leave out of your Fantasy Football team this season, but there are plenty of bargains lower down the league too.

With the Premier League season kicking off on Friday evening when Arsenal host Leicester City, there are just hours left to finalise your Fantasy team.

To help you make your final alterations, we’ve gone through every club’s squad to find at least one player you should consider for your team.

Alexis Sanchez is usually a must-pick for Fantasy players, especially last season when he was used as a centre-forward, but he begins this season injured and with concerns over his long-term future.

Alexandre Lacazette, meanwhile, will tempt many, but it’s often worth waiting a few weeks with new overseas signings to see how they look in the Premier League. Romelu Lukaku, Harry Kane and Gabriel Jesus are safer big-money bets up front for now.

Mesut Ozil is one of three good £9.5m options alongside Tottenham’s Dele Alli and Christian Eriksen, but you might also want to consider Rob Holding, at least for the first few weeks. Priced at just £5m, he was superb for the Gunners towards the end of last season and will start this term in the team with Gabriel injured and Laurent Koscielny suspended.

If he’s dropped once everyone’s back fit again, Shkodran Mustafi is only slightly more expensive at £5.5m, while Hector Bellerin is priced at £6m if you’re flush.

The Cherries have several players worth considering for the cheaper members of your squad.

Asmir Begovic in goal and Simon Francis at the back are both outstanding options at £4.5m, and if you’ve read our 11 tips for the new Fantasy Football season, you’ll already know the best advice is to rotate between goalkeepers and defenders from the smaller clubs depending on who’s got the easiest fixture.

Charlie Daniels is a good option if you have £5m to spare, while Ryan Fraser offers great value in midfield at £5.5m having racked up 100 points last season. 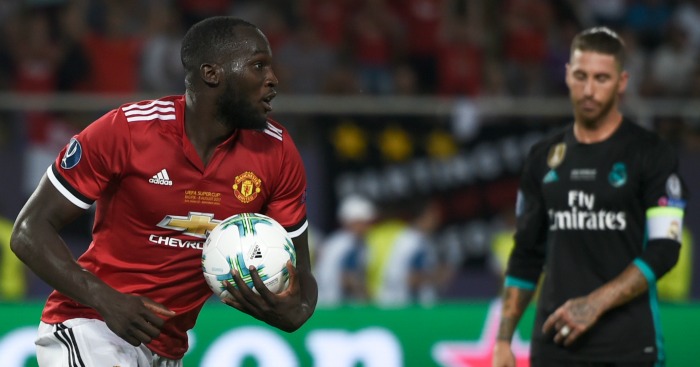 The newly-promoted teams often provide excellent value, and this year is no different.

Anthony Knockaert was last season’s Championship Player of the Year but might be a tad too expensive for some people’s tastes at £6million, however, Lewis Dunk or Markus Suttner are excellent defensive options if you’re rotating.

Dunk is a big threat at set-pieces, while Suttner provided five assists for Ingolstadt in the Bundesliga last season. Dunk is probably the safer option for now, though, until we see how much freedom Suttner is given to get forward and whether he shares set-piece duties with Knockaert.

With Michael Keane leaving for Everton, Ben Mee is now the obvious pick from Burnley as part of your rotation selections for the back.

Jon Walters is also worth considering if you’re looking for a cheaper midfield option, priced at £5.5m but likely to play up front and sure to get more gametime than he did with Stoke last season.

Eden Hazard and Diego Costa have been the obvious picks from Chelsea in the past, but both are best avoided at the moment, for obvious reasons.

David Luiz is a good option at £6m, but Marcos Alonso is the man you want if you can stretch to £7m as a defender that actually spends most of his time as a winger. Victor Moses is half a million cheaper, but he’s suspended for the first game.

Of the mid-priced attacking midfielders in the league, Wilfried Zaha offers the best value. He scored 149 points last season and looks likely to be given much more attacking freedom by Frank De Boer.

Luka Milivojević could be a bargain at £5m having been moved on to set-piece duties, while it’s worth keeping an eye on how Ruben Loftus-Cheek is used – if he’s used regularly in an advanced role, he could be the best £4.5m midfielder in the game.

Big things are expected of Everton this season, but they don’t have one particular player you could hang your hat on as a Fantasy star.

Jordan Pickford probably offers the best value if you want one of their backline in your team – there are better options than their £5.5m and £6m-valued defenders – while Tom Davies could be a good wildcard pick at £5.5m but is unlikely to play every week.

Steve Mounie is worth keeping an eye on as a cheaper third striker, but a much safer option would be Tommy Smith at the back.

He scored four goals and set up a further 10 for Huddersfield in the Championship last season, but as with Suttner at Brighton it may be worth waiting to see how much attacking freedom he gets at Premier League level before chucking him in.

Riyad Mahrez is always worth considering, especially if you see him joining one of the top Premier League clubs before the end of the month, but the Leicester player most people will be looking at is Kelechi Iheanacho following his move from Manchester City.

He could be one of the best £7m options up front if he is played regularly, but we’re more drawn towards Demarai Gray, who looks set for a more pivotal role this season and could be an absolute bargain at just £5.5m.

Roberto Firmino is a good cheaper option for your frontline if you can’t afford two of the real marquee signings, but the choice for most people is likely to be between Philippe Coutinho, Sadio Mané and Mohamed Salah in midfield.

Assuming Liverpool stick to their word in not selling Coutinho, any one of those three should guarantee you plenty of points over the season – there really isn’t anything to choose between them, although Mané is half a million more expensive than the other two at £9.5m. 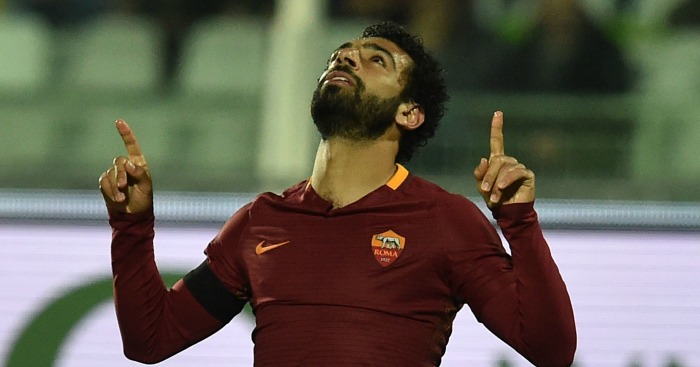 READ: How does Mohamed Salah compare statistically to Liverpool’s attackers?

We’re strongly considering starting with Gabriel Jesus over Harry Kane given the England man’s slow starts in previous seasons and the fact that Spurs will be playing at Wembley.

Raheem Sterling, David Silva and Leroy Sané are all options in midfield, but for now we’re siding with the more expensive Kevin De Bruyne (£10m), though that could change if he’s used in a deeper role by Pep Guardiola this weekend.

Antonio Valencia is worth considering but is slightly more expensive than other wing-backs in the game. Paul Pogba could prove to be a bargain at £8m in midfield in his second season in the Premier League, but frankly there’s no way we’d even consider not starting with Romelu Lukaku up front.

For us, even at £11.5m, he’s the one player you simply can’t afford to risk not buying.

Rob Elliot will start the season in goal and is priced at only £4m, while Ciaran Clark as a set-piece threat is one of a handful of their defenders worth considering.

Dwight Gayle is another option up front but looks a tad overpriced at £6.5m so Matt Ritchie is the one we’re looking at having contributed 12 goals and seven assists for the Magpies in the Championship last season.

He takes penalties, free-kicks and corners, and has already proved himself in the Premier League with Bournemouth.

Fraser Forster will tempt many at £5m, but we reckon there are enough cheaper goalkeepers in the game to get by. Instead, we’re spending the same money on Cédric Soares as part of our rotation policy.

Ryan Bertrand in the opposite wing-back position is arguably an even better pick if you can afford him at half a million more, while we like the look of James Ward-Prowse among the midfielders priced at £5.5m.

Then there is Nathan Redmond or Dušan Tadić in the £6.5m band, but we like the look of Palace’s Zaha more at £7m.

With Marko Arnautovic leaving for West Ham, Xherdan Shaqiri is now tasked with being Stoke’s main creative threat. He struggled with injuries last season but has been on fire over the summer and could well prove to be a bargain at just £6m.

Gylfi Sigurdsson is sure to guarantee you plenty of points no matter where he ends up, while Łukasz Fabiański is the pick of Swansea’s defensive options for us at only £4.5m.

The player we’re really tempted by, though, is Tammy Abraham. He banged them in for Bristol City in the Championship and has been doing the same for the Swans in pre-season so, assuming he gets regular games, a price of £5.5m could prove to be a snip.

Harry Kane would normally be one of the first names on the team sheet, but his habit of starting slowly combined with Spurs’ move to Wembley has left us unsure.

That leaves us to choose between Dele Alli and Christian Eriksen in midfield, both at £9.5m, and we’re leaning towards Eriksen as arguably the more consistent of the two.

Kieran Trippier may also prove to be one of the best bargains in the game at £5.5m, but he will miss the start of the season and may not start every week if rumours of Spurs’ interest in Joao Cancelo are true.

Heurelho Gomes is one of the many £4.5m goalkeepers worth considering as part of a rotation policy, but it’s Watford’s new signing Andre Gray we’re interested in seeing this season. Alongside Troy Deeney, who’s probably a safer option also at £6.5m, he could flourish.

Gareth McAuley was a must-pick at the back last season but is injured and unlikely to play every week anyway at 37 so consider Craig Dawson, also at £5m, as a like-for-like replacement.

West Brom are sure to be one of the Premier League’s most threatening teams at set-pieces again so expect Dawson to be McAuley’s replacement as the main target in the box.

Also, of all the £4.5m goalkeepers, we’ve signed with Ben Foster as one of ours. With Tony Pulis in charge, Albion are guaranteed plenty of clean sheets.

Joe Hart is another of those budget stoppers worth looking at, while Winston Reid at the back is a solid pick at £5m.

Manuel Lanzini and Marko Arnautovic are among the £7m-valued midfielders definitely worth looking at, but it’s Javier Hernandez we like the look of most.

He may be another one worth giving a few weeks to see how he’s fitting in back on these shores, but he’s undoubtedly a player to to add to your shortlist assuming you’ve got £7m left for that third striker slot.