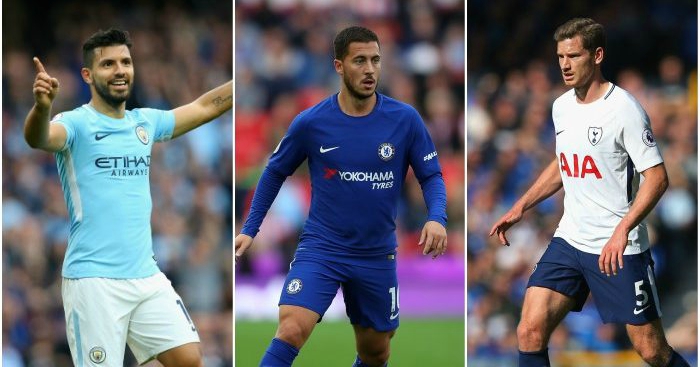 Are you just embarking on building your Ultimate Team on the new edition of FIFA? Well we’ve got you covered. Bookmakers bwin have taken a look at every player on the game to assemble a series of ‘best squad’ recommendations for your viewing.

La Liga is officially the strongest league in the game, while the Premier League XI features players from the most clubs.

We’ll just ignore that this 3-4-3 is extremely, erm, Garth Crooks. 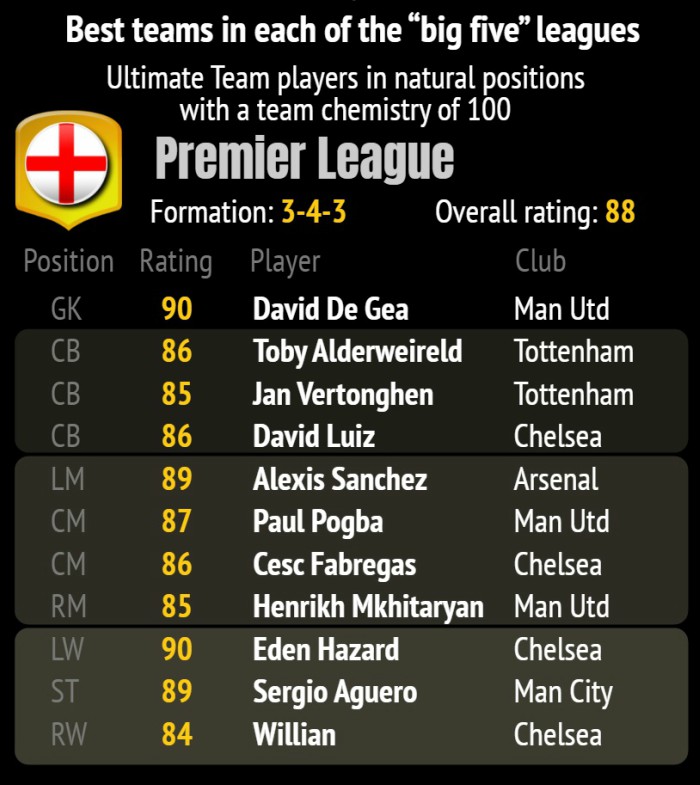 Because you really don’t need representatives from more than three teams, do you? 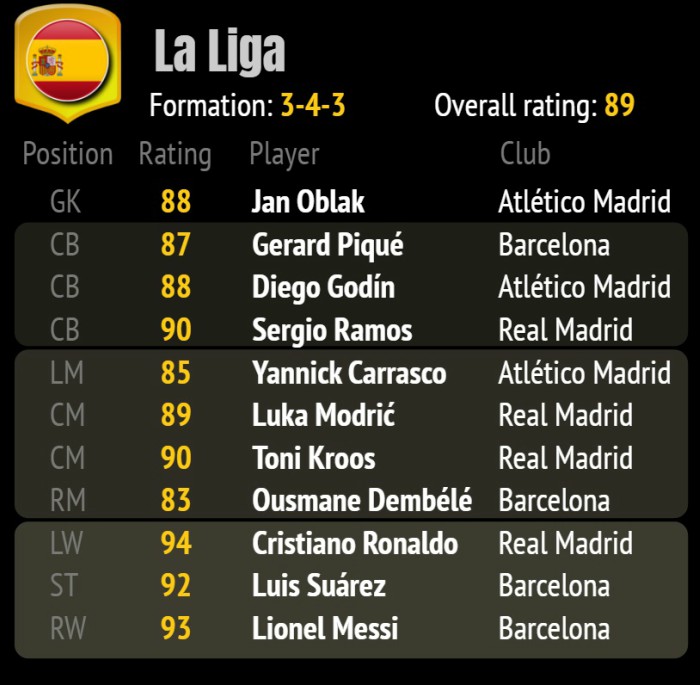 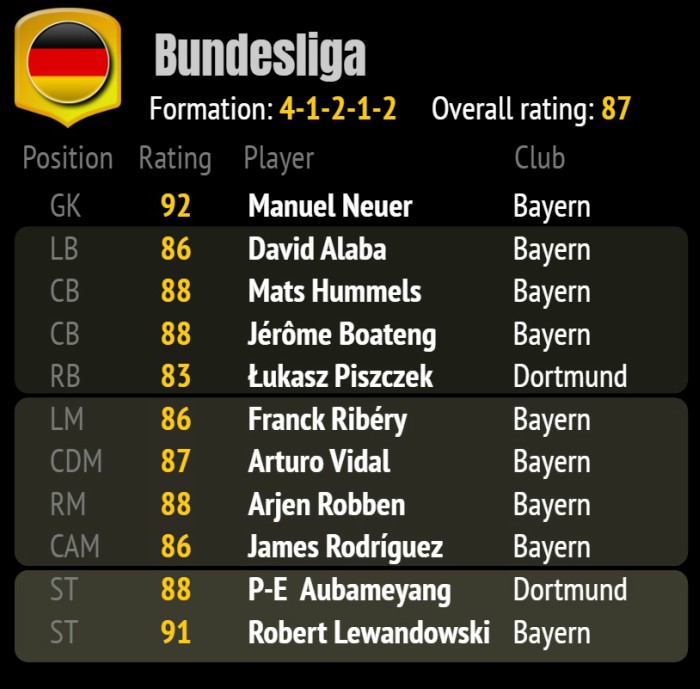 It seems only right that a Serie A XI plays in that AC Milan diamond formation. Spare a thought for Dries Mertens though. 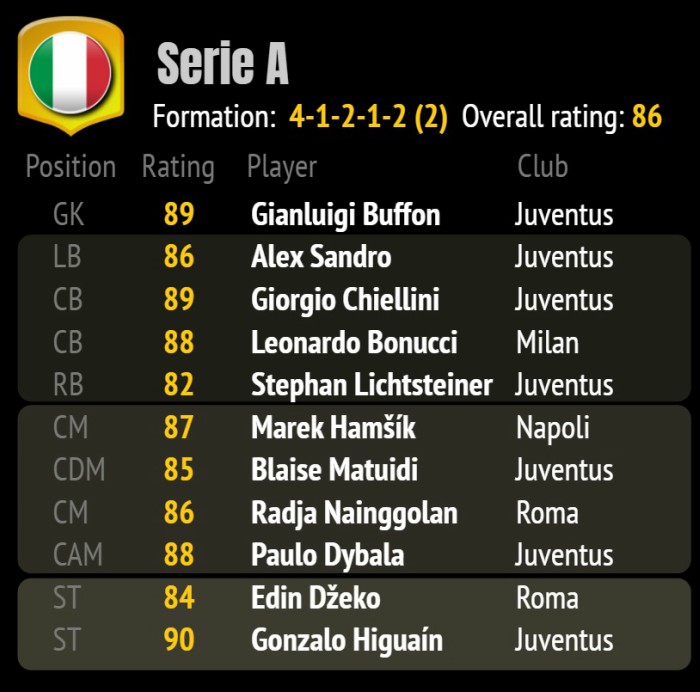 This is probably more varied than we were all expecting. 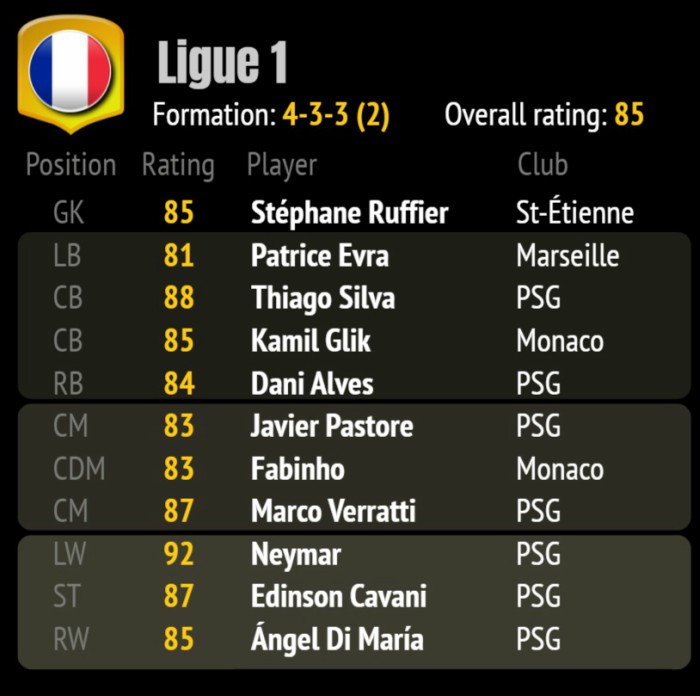 Designed for gamers who are happy to invest in coins or dream of building the best possible squad in the draft. With a total ranking of 90, all 11 players have full 10 chemistry and you’ll shoot up the leagues. 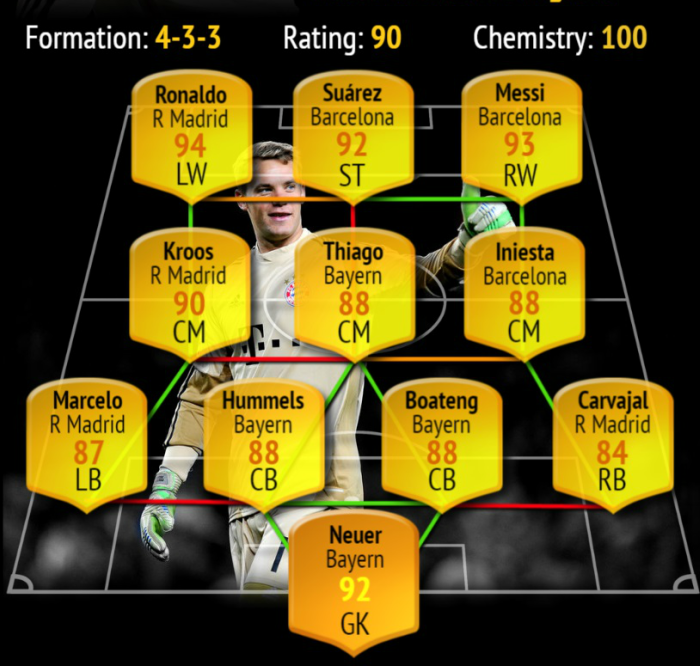 Designed for gamers who fantasise about achieving the magic transfer window as manager and chairman on career mode.

With an average rating of 91, only Alexis Sanchez makes the cut from the Premier League. 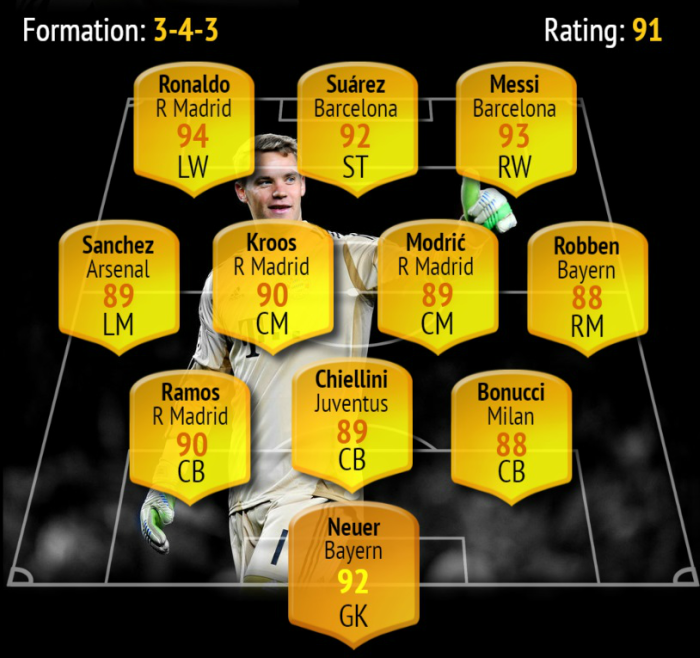