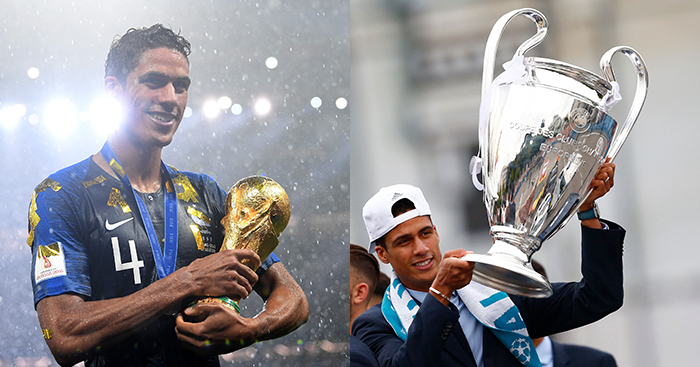 The winners of this year’s World Cup and Champions League have many similarities.

Both are enjoying a dominant period, with France following up a second-place finish at Euro 2016 with a gold medal on the world stage and Real Madrid winning three Champions League titles in a row.

Up until recently, the two teams were also managed by Frenchmen and, of course, featured Raphael Varane in their line-ups.

But which team is better? We took to FIFA to find out…

Apart from the Varane-vs-Varane duel, the match will also give Luka Modric a chance to avenge Croatia’s 4-2 defeat in the World Cup final.

Both teams use the same tactics and personnel as in their respective finals – France with a conservative 4-2-3-1 and Los Merengues with a flexible 4-3-1-2 – in what promises to be a high-octane spectacle between two teams that are deadly on the counter-attack.

The game begins at an incredibly fast pace, the regular turnovers in possession seeing either Kylian Mbappe or Isco making scary forays into the opposition’s territory, but the defenders are able to match these bursts of pace – at least for now.

The first real chance comes from Lucas Hernández’s run down the left wing, with Keylor Navas unable to hold onto Blaise Matuidi’s volley from the ensuing cross. The ball eventually goes out for a goal kick, and the very next attack from Madrid almost leads to the deadlock being broken 16 minutes in.

As exciting a prospect Benjamin Pavard is, he’s certainly no match for a marauding Ronaldo; the Portuguese is running rings around him, single-handedly setting up a golden opportunity for Karim Benzema, who proceeds to hit the post.

The next chance falls to the maestro himself after some trickery from Isco gets them past the French midfield; Ronaldo coolly converts, of course he does. Madrid lead, but the game is still well-poised. 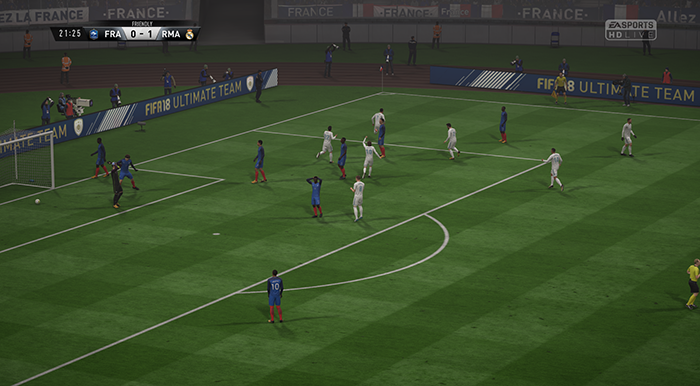 While Real enjoy plenty of space down the left wing, they are also fairly vulnerable on the same side of the pitch thanks to the rocket-fueled runs of Mbappé and N’Golo Kanté down France’s right flank.

One of these forays lead to an excellent opportunity for Olivier Giroud, whose shot is blocked by none other than Varane.

Their next attempt is a lot more successful, however. This time, Giroud combines with Antoine Griezmann, sending a venomous shot past three Madrid defenders into the bottom right corner, fooling Keylor Navas. It’s all square with 10 minutes to go in the first half.

And it’s all fun and games until Sergio Ramos injures your star player – thankfully, no such incident happens, at least not before the end of the first period, a little bit of a lull in this exciting game.

Mbappé fails to get past Marcelo despite repeated attempts, and an extended period of French possession ends with Hernández, looking extremely lively so far, seeing his effort deflected wide.

The ensuing corner comes to nothing and the teams go back to the dressing room on level terms. 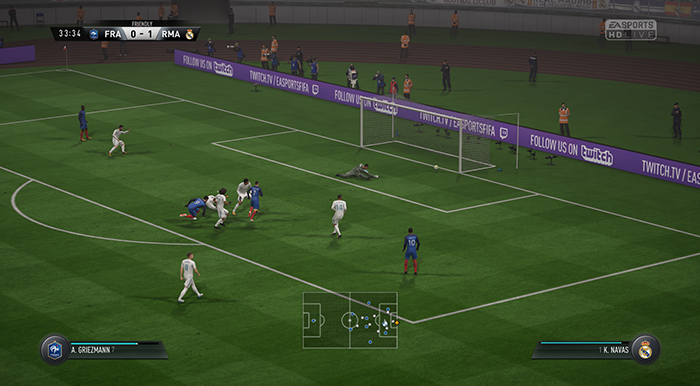 The second half begins in extremely scrappy fashion, with no meaningful attack developing in the first 10 minutes. Zidane opts to make the logical change, replacing Benzema with Gareth Bale.

Meanwhile, Mbappé breaks through on the right and is one-on-one with the keeper but uncharacteristically scuffs his shot, the great chance leading to a mere goal kick.

Madrid immediately punish them for their profligacy as a wonderful shot from an unmarked Ronaldo on the edge of the box leaves Hugo Lloris rooted to the spot, restoring the Champions League winners’ lead after 63 minutes of play.

Incredibly, another massive chance by Mbappé goes begging soon after as he reaches Giroud’s excellent through-ball after beating Marcelo but fails to hit the target yet again.

Back and forth goes the pendulum, but no real chance comes to pass as the clock keeps ticking. Hernández’s excellent shift ends with 15 minutes to go as Presnel Kimpembe takes his place.

The next Madrid attack goes nowhere thanks to France’s two banks of four holding a deep line, denying Modric the space for a good shot.

Les Bleus then manage to equalise after Samuel Umtiti’s excellent run down the wing. Two quick passes in their opponent’s box means Matuidi gets to shoot unmarked, and he doesn’t make the mistake their wonderful teenager has done with their previous opportunities.

The French keep pushing, but this Madrid side is nothing if not resilient, even setting up a fantastic two-on-one opportunity on the counter which Ronaldo wastes by straying offside. 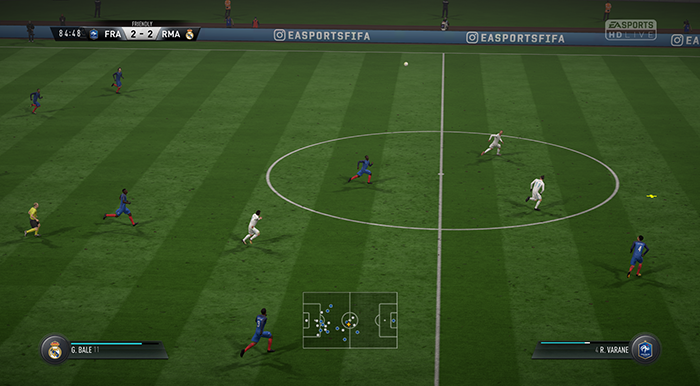 Pavard is surprisingly taken off, Adil Rami his replacement with four minutes to go. The match ends 2-2, extra time beckons. Could it possibly go to penalties? Giovanni Infantino only knows.

You would expect such a young France team to have an advantage over Madrid’s war-weary veterans when the game goes the distance, but they keep leaving incredible gaps at the back.

Bale and Ronaldo break away again, and it doesn’t take much from the Welshman to put it past Lloris in the 96th minute. It may not be the incredible wonder-strike he scored in the Champions League final, but it is good enough to put his side in the lead.

France push forward once more, looking for their third equaliser, but instead it’s Real that break away again, Ronaldo somehow sprinting past Rami, who, let’s not forget, came on the pitch with only a few minutes of to go before extra time, and his inch-perfect cross provides the perfect assist for Bale.

The header soars past Lloris, and it’s 4-2, just like in the World Cup final, before even the end of the first period of extra time is called.

The story still doesn’t end here, however. The last 15 minutes are understandably a scrappy affair, but just as the referee gets ready to blow his whistle, it’s finally the world champions who are on the counter-attack, a lightning-fast move instigated by Kanté that ends with Griezmann’s rocket in the top corner. 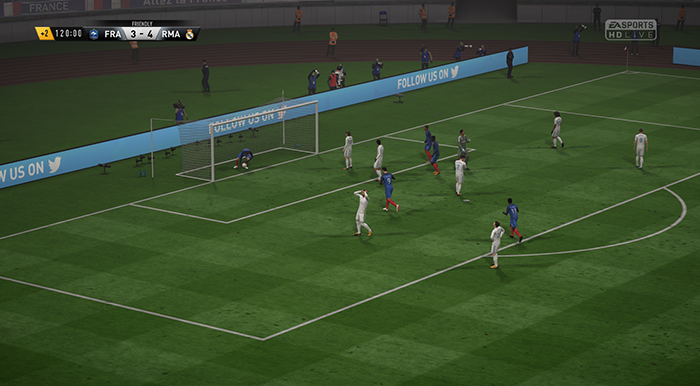 Sadly for them, they don’t have the time to mount another assault, and the game ends 4-3.

It’s the kind of match that makes you wish for a similar exhibition fixture in real life. FIFA, UEFA, make it happen.