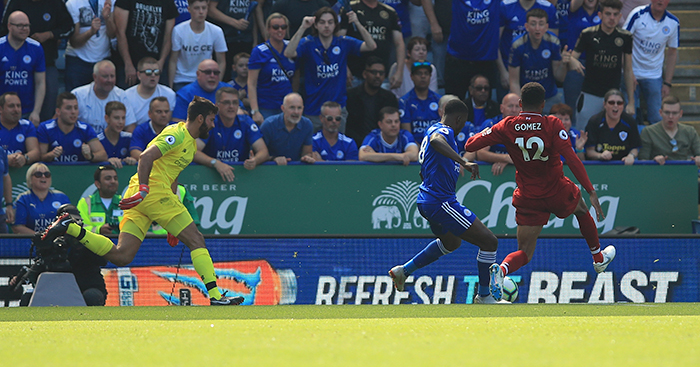 When Alisson was dispossessed trying to dribble his way out of trouble in Liverpool’s win over Leicester City, Jurgen Klopp wasn’t surprised.

Alisson had successfully embarrassed Anthony Knockaert the previous week with a cheeky chip past the onrushing Brighton midfielder, but Klopp said it was that precise moment that made him realise the Brazilian would mess up sooner or later.

To be fair, Alisson isn’t the only goalkeeper in the Premier League with Cruyffian tendencies. In fact, Ederson went as far last season as saying he wanted to score a goal.

Well, we decided to make their dream a reality and play them as strikers – against each other – on FIFA. Who knows, maybe it’ll go so well that it will inspire Klopp and Pep Guardiola to try it in real life…

The game gets off to a slow start, with the biggest source of excitement in the first 10 minutes being a chyron indicating that Allisson is, in fact, a player to watch. 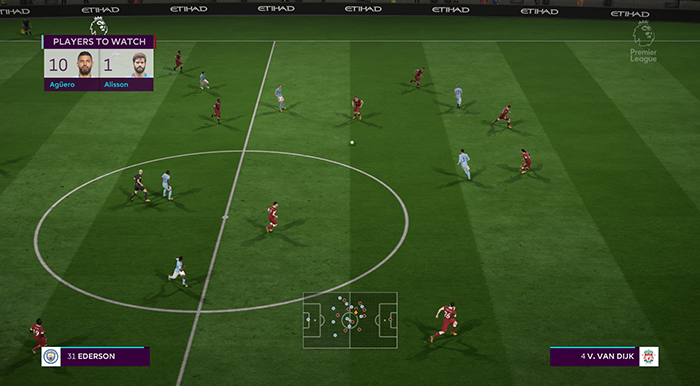 Sure enough, he fires off a shot a few minutes later, though it is so abysmal that it wouldn’t have hit the target even if the ball had a homing missile attached to it.

On the other side of the pitch, Ederson fails to make any sort of mark whatsoever as he repeatedly loses aerial duels, perhaps complaining that he is no longer allowed to use his hands.

The next 15 minutes clearly indicate that something’s up. Despite purposefully setting up both teams to make the keepers-turned-strikers their sole attacking outlets, they keep dropping deep, drifting out wide, generally doing anything possible to avoid having to take a shot on target.

Worse yet, even if they do end up with the ball, they immediately pass it on like those annoying kids in PE class that didn’t really want to be on your team in the first place. I try pushing everyone else into a ridiculously deep role, but that only stifles the attacking options even further.

Nevertheless, City take the lead in the 34th minute when David Silva and Raheem Sterling combine after an Ederson lay-off.

Unfortunately, nothing else happens in the first half, and the second begins pretty much in the same fashion: I look at the keepers’ positioning and I frown. Headless chickens doesn’t even begin to describe it.

The AI then commits the cardinal sin, subbing off both goalkeepers in the 56th minute and rendering the rest of this match completely meaningless for the purposes of this experiment. 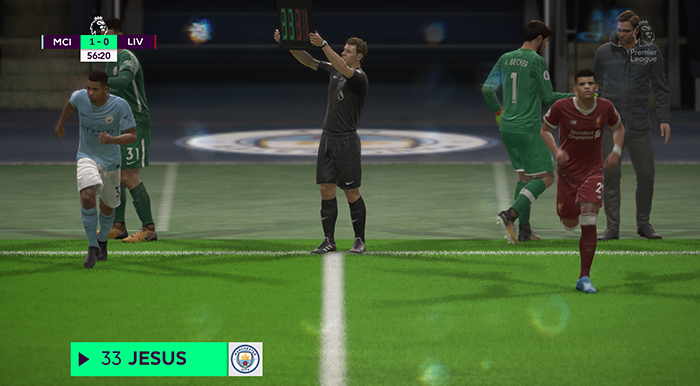 Lame and noncommittal attacking performances and a single shot by Allisson that wasn’t even on target – this just won’t do. Clearly, more drastic changes are needed if we want to get this to work.

I go to the in-game editor and manually change the players’ roles to strikers, also buffing their finishing stat to 99 while I’m at it.

Even that doesn’t help their horrendous overall rating as forward players as the Liverpool man clocks in at an abysmal 47 points and Ederson a marginally better 53.

I also make sure that the AI cannot screw us over again by immediately making three substitutions for both teams at the start before handing back all control over the proceedings. 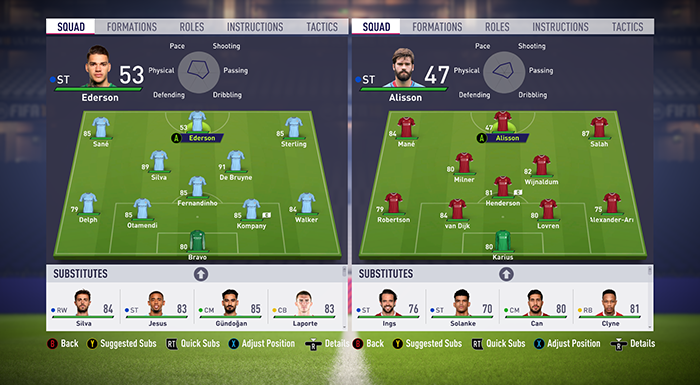 The adjustments clearly help as Allisson and Ederson are now actually willing to participate in offensive moves, even if they are woefully bad at most aspects of it.

A more cynical reading would be that their team-mates are purposefully avoiding them in the build-up, again reminding me of those high school dynamics.

Still, they do get to participate on occasion: Ederson does excellently to beat Lovren, then proceeds to put in a good cross that eventually sets up a corner for his side.

The Etihad roars in support. It goes nowhere, and the ensuing counter-attack is spearheaded by Allisson, who is barely stopped at the last moment by Fabian Delph.

Shortly thereafter, he sets up a beautiful through ball to Sadio Mané, who proceeds to hit the post in what would turn out to be the last meaningful action of the first half. 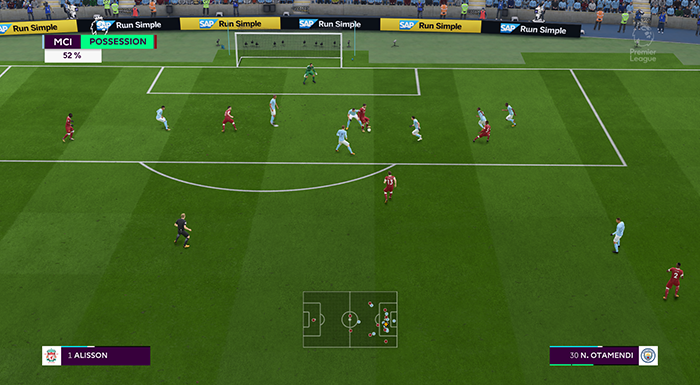 The second period mostly features Ederson having multiple attempts without managing to hit the target even once – something I’m very surprised by considering I’ve maxed out their finishing stat.

Then again, they clearly weren’t made for this: by the 75th minute, both keepers’ stamina levels drop dangerously low, permanently stuck in the red bar even when out of possession.

Still, they press on, spitting their lungs out in a valiant attempt to help their respective teams. In fact, Allisson ends up with a golden opportunity to win it all for the visitors in the dying moments of the match as he somehow beats both Nicolas Otamendi and the offside trap, but his placed shot into the bottom left is parried away for a corner.

In the end, the game peters out in a 0-0 draw, even though both keepers had good chances to change the outcome of the derby.

It seems willpower and even incredible shooting prowess is not enough to turn a goalkeeper into a brilliant striker overnight.