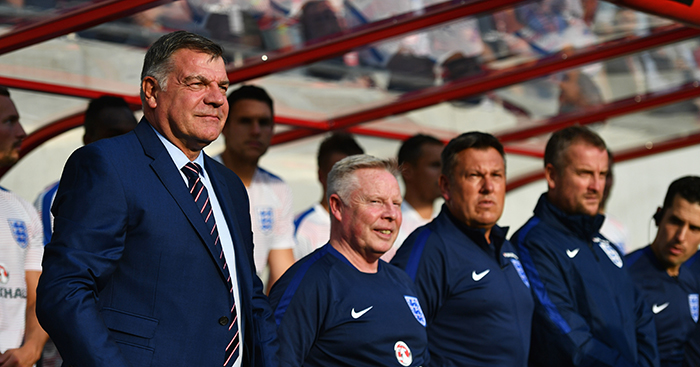 While the whole of England gets carried away after two wins at the World Cup and Gareth Southgate closes in on deity status, let’s not forget it could easily have been Sam Allardyce in the dugout.

If it weren’t for those pesky journalists, Big Sam would have finally got the chance to prove to the world his credentials as one of the best managers in the business.

And for us England fans, while it’s unfair of anyone to think of him as a real-life Mike Bassett, it’s probably fair to say Allardyce’s way of doing things would have differed somewhat from Southgate’s refreshing new broom approach.

But how would his England side have performed in Russia? We ran a simulation in FIFA so you don’t have to – and the end result feels shockingly accurate…

Famously, FIFA 18’s World Cup update features outdated and unmodifiable squads, but this is actually to our advantage in this case. Ten of the eleven players who started Allardyce’s one game in charge are available to us, with Hart inexplicably starting as the default goalkeeper.

This allows us to recreate the perfect counterpunch-hoofball strategy using the 4-2-3-1 Allardyce deployed against Slovakia – barely winning thanks to Adam Lallana’s 95th-minute goal against a 10-man side, lest we forget.

We put Dele Alli in place of Rooney, who started that Slovakia game in midfield – surely Sam would have eventually realised his ‘Rooney can play anywhere he wants’ idea wasn’t his best – while Lallana and Raheem Sterling are used as inverted wingers to show off Sam’s tactical nous. 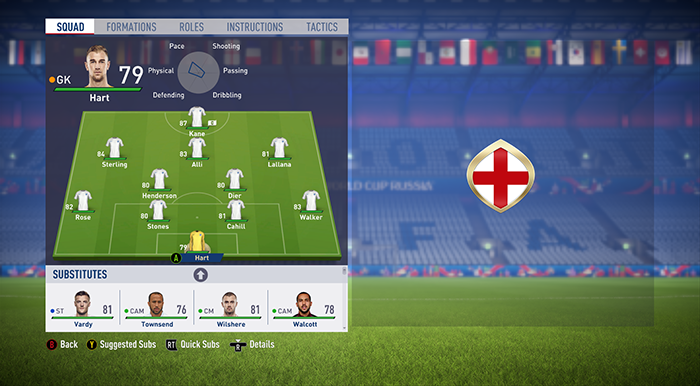 The team takes on FIFA’s ‘long ball’ tactic, of course, while the players are told to sit deep in defence. Surely nothing can go wrong?

After all there is no midfield conundrum to solve if you can just lob the ball over straight to Kane. If only Big Sam were in vogue when the golden generation was around…

Tunisia prove obliging first opponents: the sheer difference in quality means they struggle to keep up with both the runners on the wing and the speculative crosses they keep trying.

The moment England gain possession in midfield, the ball is immediately pinged back up towards the general direction of Kane. The first real opportunity comes from a free-kick after the Tottenham striker is hacked down, but Kyle Walker puts it off target.

Still, it doesn’t take long for the breakthrough to arrive as Jordan Henderson drifts out to the wing and curls in a beautiful cross to the far post, an opportunity which Lallana doesn’t hesitate to convert with a header.

Unfortunately, once this vintage Allardici goal is out of the way, the game immediately settles into a much less interesting rhythm as both teams meekly attempt to serve up a Tesco Value-esque iteration of possession football in the midfield, seemingly losing the ball after every second pass.

Only the occasional English hoof breaks up the monotony in the next twenty-five minutes, then just before half-time Henderson boots the ball upfield to Kane – what a surprise – who defies his two markers to head the ball over to the onrushing Dele Alli. He absolutely smashes the ball into the top corner. 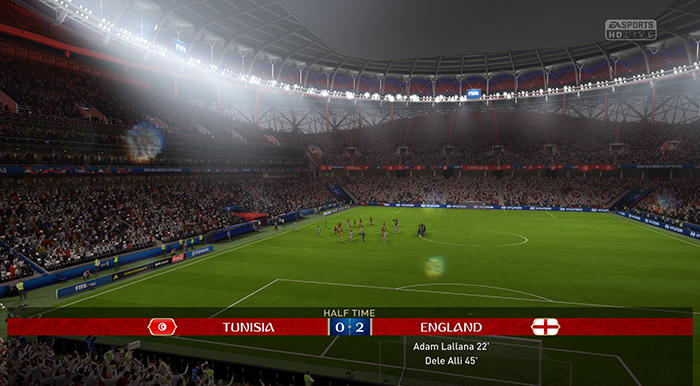 I’ve been told that the footage of the second half is regularly used in North Korean prison cells as a torture mechanism, so I’m going to spare you the details. Let’s just say that the only interesting moment came from a misjudged goal-kick by Joe Hart which led to a quick throw-in for Tunisia.

Still, it’s a simple and straightforward victory, no penalty was given away, and while Belgium won by four, there is no reason to think that England can’t match such a result.

There’s also no reason to chance what already works, so our virtual Big Sam proceeds to use the exact same line-up in Nizhny Novgorod.

It only takes three minutes for the boys in white to hit the post after a surprisingly slick move through the middle of the park. Ten minutes later, Sterling does the same.

Panama clearly aren’t at the races, but this second close call seems to stir them up as they finally start to impose themselves on the game. Kane is isolated up front and isn’t really getting any support anymore. You’d be forgiven for changing the channel as the next 20 minutes somehow makes me wish for a game against Algeria instead.

However, Alli breaks the deadlock with a real rocket from outside the box just before the interval, giving me at least a little bit of (likely false) hope for the second half. 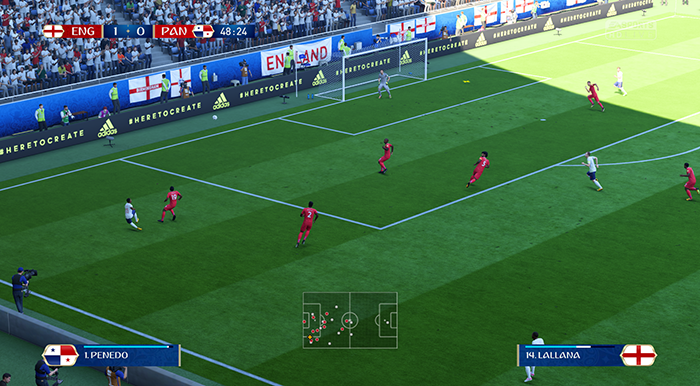 Kane is promptly replaced by Vardy, and his tireless runs are one of the many factors which lead to Panama’s swift collapse. They simply can’t keep up for 90 minutes as Alli and Vardy proceed to pad out the scoreline.

Again, an easy victory, though the goal difference favours Belgium going into the last match as they once again win by four.

Yes, England may not have scored six, but they also haven’t conceded yet, so please accept these performances.

Big Sam decides it’s not worth risking his best players for the last match and fields an almost completely different line-up against Belgium.

This is the sort of game that suits him the best. There’s a massive smile on his face as he orders the side to hunker down and try to hit Roberto Martínez’s men on the counter.

The Belgians hit the post after 20 minutes of play despite the seven English players in the box and the first half ends goalless, with the Three Lions only recording 39% of possession and only one shot on target. Some faint boos are heard from the crowd as the players walk off the pitch for the break.

Romelu Lukaku misses a golden opportunity from a low cross in the 56th minute, and Allardyce decides that enough is enough: Kane has to get back on the pitch. 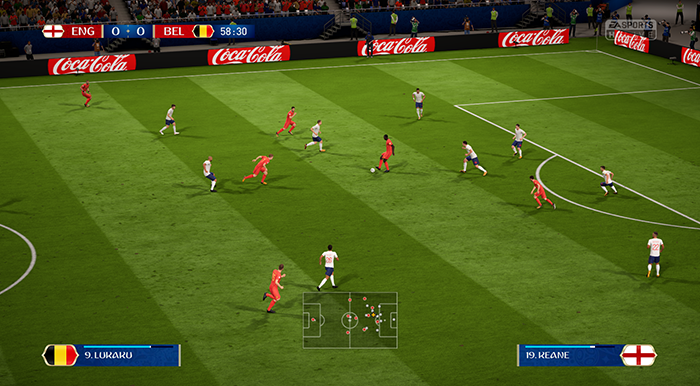 And what do you know, they’ve only gone and done it. The captain puts England into the lead shortly thereafter thanks to a devious little through ball by Andros Townsend.

It seems like the Belgians immediately reply through Kevin De Bruyne, but his effort only hits the side netting. And that is the last meaningful action of the match as Big Sam skilfully shuts down the game.

The highlights are full of Belgian attempts, but no one will care in the English camp. It’s a win that George Graham would be proud of. 1-0 to the Engerland, and it’s Colombia they face in the round of 16.

The original line-up is restored for the crucial knockout match and it is Allardyce’s finest hour.

Just 12 minutes have passed when Henderson somehow drifts out all the way to the corner flag with the ball, losing the right-back and putting in a pretty decent cross.

Kane latches onto it, but a defender gets in the way – and the wicked deflection beats the keeper. Don’t worry, Harry gets to claim the goal.

It only takes Colombia two minutes to respond, but their equaliser is offside. So is England’s second goal after Lallana’s spectacular but mistimed breakaway. 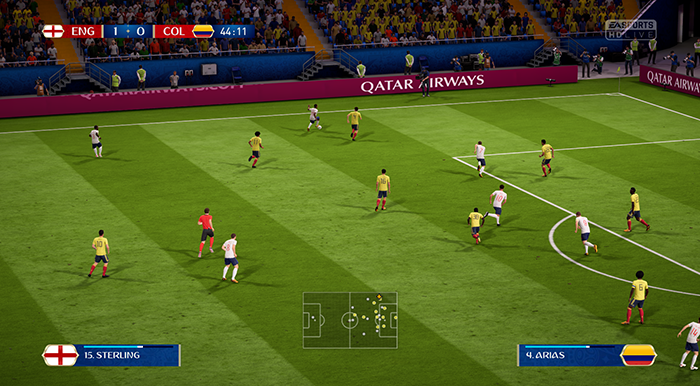 Still, the Hollywood balls continue, and the eighth one finds Alli just before the referee blows for half-time. It’s 2-0 at the break and the South Americans can’t find a chink in the armour in the second period as two banks of four fully commit to defence every time someone in a yellow shirt gets even remotely close to the goal.

Alli gets a second goal as he sprints past two Colombians in order to reach Jack Wilshere’s wonderful pass. And though Falcao and his merry men go close once or twice, they can’t find their way past the inspired Hart, who is clearly determined to prove a point to Pep Guardiola.

Remarkably, the game ends with a 4-0 demolition thanks to a speculative attempt by Kane in the 89th minute, one from outside the box which gets filed under ‘I might as well give it a go’.

Next up, a quarter-final showdown against Brazil. It has been speculated that Allardyce’s appointment might actually prove beneficial on the big stage when it comes to defensive organization against a top team – it’s time to put that particular theory to the test.

Unfortunately, it quickly becomes clear that Brazil ain’t no Colombia. They boss the midfield, cut out the crosses and completely run the show.

The English spread the play wide only to be dispossessed, then try to get the ball through the centre only to misplace their passes.

At least the defence holds. Though Neymar and co. have a few surging runs into the box, there’s nothing to show for it, even if it sometimes takes nine(!) outfield players to suss out the threat.

Sadly, it only takes one mistake for the ghosts of 2002 to return. Eric Dier can’t keep up with Marcelo’s run on the wing, and the ensuing free-kick by Neymar provides a perfect opportunity for Fernandinho to head the ball past three defenders and break millions of English hearts. 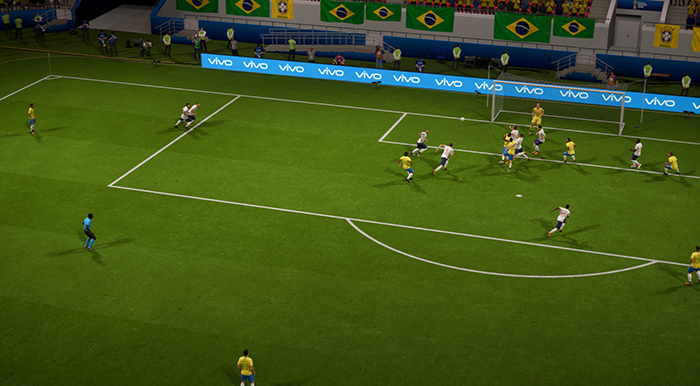 This is the first goal the Three Lions have conceded throughout the campaign, and it proves their undoing. Allardyce remains true to himself until the very end, unwilling to take the game to a big side.

Even when Neymar skies a penalty 15 minutes from the end, it fails to inspire England as their World Cup campaign ends with a match in which they failed to muster a single shot on target.

Big Sam’s short reign ends in ignominy after a newspaper sting reveals that he gave advice to Putin on circumventing international sanctions.