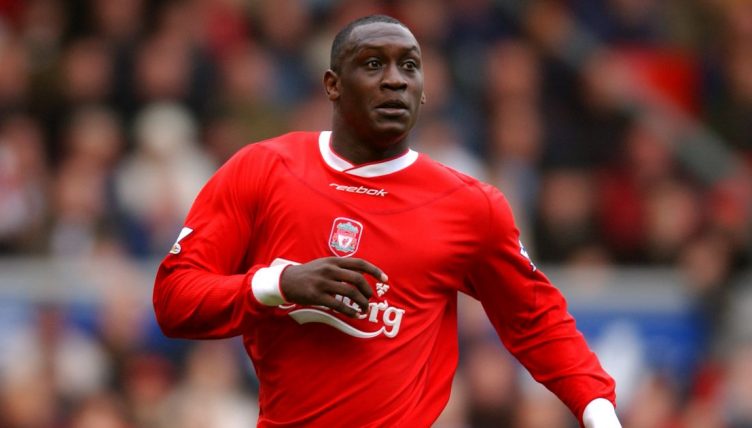 Strikers are invariably judged by many on the goals they score, but as this lot prove, you don’t necessarily need to be prolific to succeed at the top.

In the era of solitary centre-forwards and fluid frontlines, the days of teams relying on one or two players to score most of their goals are over. Roberto Firmino at Liverpool is a fine example of a new type of No.9 that offers far more than simply sticking the ball in the net.

But even going back to the days of 4-4-2 there were plenty of examples of forwards that did not score regularly yet were key cogs in their teams. Here are seven who never scored 15 goals in a single top-flight season but were all crucial to their teams.

Heskey may only have scored seven goals in 62 caps for England, but there’s a reason why Michael Owen loved playing alongside him.

Playing alongside his Liverpool team-mate on 25 occasions for the Three Lions, Owen scored 13 of his international goals, feeding off Heskey’s excellent hold-up play.

Plus, when he did score, he did the DJ celebration. Worth the wait.

Had he not been largely used as a super-sub at Arsenal, it’s not unreasonable to suggest Kanu would have surpassed the 15-goal mark in a Premier League campaign – his best tally was 12 goals in 2000-01.

There’s no shame in playing second fiddle to Thierry Henry and Dennis Bergkamp, but Kanu showed his class at Portsmouth, helping Harry Redknapp’s outfit win the FA Cup in 2008.

Everyone’s favourite podcaster, Crouch may have had an excellent record in an England shirt, but his best effort in the Premier League was the 12 for Southampton which earned him a move to Liverpool.

But the human lamppost was always been reliable, whether it be for his steady source of goals or his superb general play around the park, which saw him trademark the phrase ‘good touch for a big man’.

Imagine playing against Craig Bellamy: the pace, the work rate, the aggression, the incessant swearing, the insults, the nipping, the bumps, the bruises.

Now imagine playing alongside Craig Bellamy: looking up to see an entire back four having a nervous breakdown due to the relentless, unforgiving torment of a rabid bull terrier with a Welsh accent.

Gudjohnsen fell one short of reaching the 15 league goals mark with Chelsea in 2001-02, but he still managed to outlast much more expensive strikers in Jimmy Floyd Hasselbaink, Adrian Mutu, Hernan Crespo and Mateja Kezman as Jose Mourinho and his peers recognised the Iceland hero’s overall qualities.

Alongside Hasselbaink he provided the ice in their famous ‘fire and ice’ partnership – although they were much less profitable off the pitch, with Gudjohnsen admitting he lost around £400,000 on their trips to the casino.

Still, you must be good when Ronaldinho says the following about you: “We scarcely know each other, but he is a player that always chooses the best position and is very intelligent. I have a feeling that we are going to have great fun together this season.”

The likes of Jay-Jay Okocha and Youri Djorkaeff may have provided the creativity in Sam Allardyce’s excellent Bolton team, while Kevin Nolan may have provided plenty of the goals, but Davies was the fulcrum of the side.

His efforts were recognised with an England cap in 2010, and he was even brave enough to go toe-to-toe with Nemanja Vidic, telling FourFourTwo in 2015: “Someone like Nemanja Vidic, you’d tackle them and they wouldn’t shake your hand because they thought it was a personal insult. But it’s a physical game. Nowadays it’s going a bit soft.”

Rather than the horrific injury at Anfield, arguably it was the misguided switch to midfield that saw Smith’s career stagnate.

As a striker, the former Leeds United and Manchester United man fought back from that leg break to star in the Champions League thrashing of Roma and lead the line for England in the senior side’s first match at the new Wembley.

He only reached double figures in the Premier League once, but Smith was the perfect foil, willing to put in the hard yards for the rest of whichever team he played in.

Best remembered for winning the 1998 World Cup and Euro 2000 with France, Dugarry was the archetypal no-goal frontman.

In 1998, the equally goal-shy Stephane Guivarc’h was preferred to start up top for France, but in 2000 Dugarry led the line in most of their games, scoring a grand total of, err, one.

He was equally parsimonious with his goals at club level, never even breaking into double figures in a single league season. But he was magic with the ball at his feet and he was loved by fans of Les Bleus and the Blues… 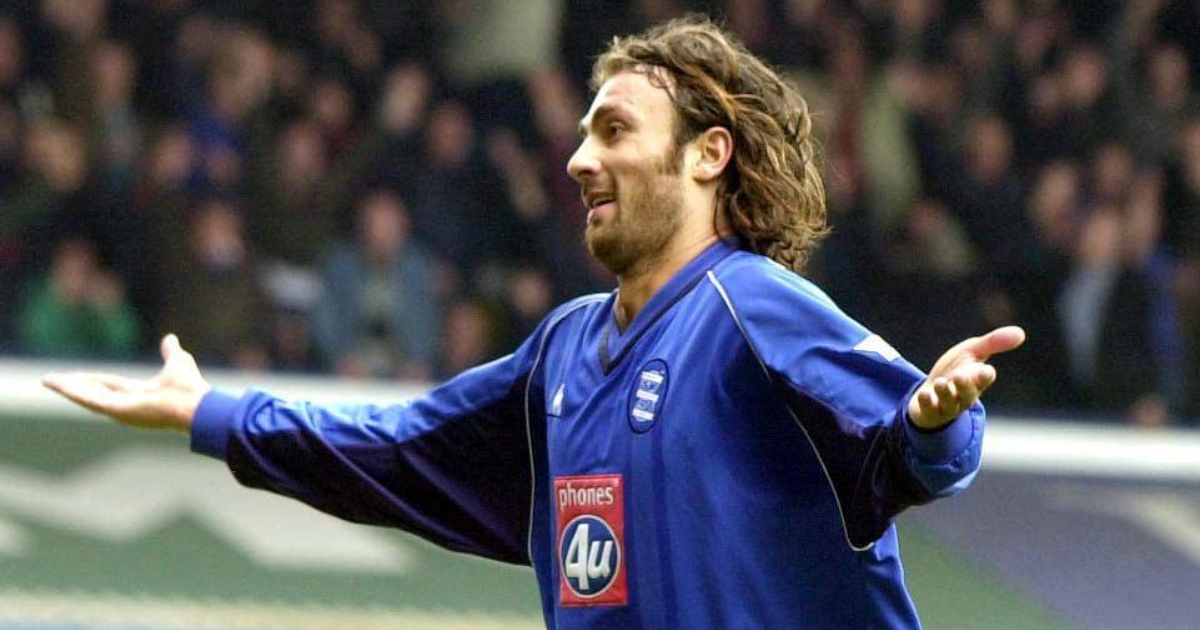 Laudrup won four consecutive La Liga titles in the early-to-mid-1990s, the first four with Johan Cruyff’s Barcelona Dream Team and the last after a controversial move to Real Madrid.

Yet, despite being central to the attacking potency of both sides, Laudrup didn’t manage more than 13 in any of those five campaigns and the only time he got 15 was in the Danish top tier in his second season as a pro.

As Michel Platini put it: “Michael had everything except for one thing: he wasn’t selfish enough.”