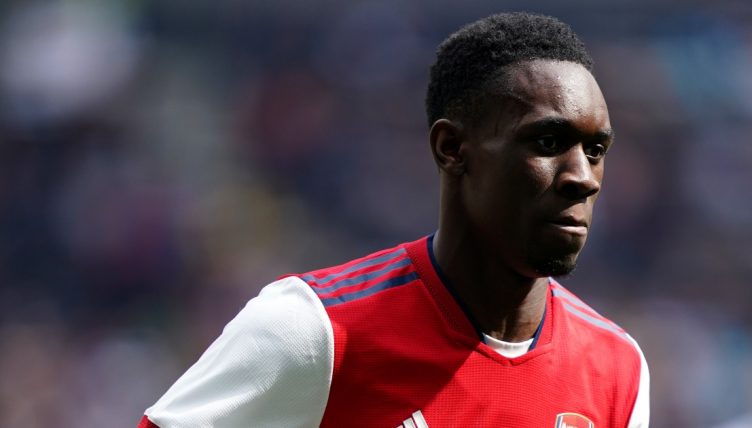 Arsenal are looking to break into the Premier League top four once again after a couple of disappointing seasons – and it could be some fringe players who make the difference.

The absence of European football for the first time since 1995 might appear fatal to those back-up players needing game-time but some players have impressed in friendlies over recent weeks.

Helped by many star names being slow to return from international duty, we take a look at five Arsenal men who have boosted their first-team chances during pre-season.

Arsenal are blessed with a trio of young strikers who fans believe are capable of stepping up and becoming a consistent Premier League goalscorer.

But while Gabriel Martinelli and Eddie Nketiah have seen their progress stall for a number of reasons, Balogun impressed last season.

The 20-year-old made his first-team debut in 2020 and scored twice in five Europa League matches, before signing a new four-year deal in April.

And Balogun has impressed during pre-season, scoring a clinical finish against Championship side Millwall. His Premier League bow can’t be too far away.

“He’s a very, very hungry boy,” Mikel Arteta said. “He wants to do everything. He wants to practice more every single day. “He has unique qualities as a striker – his speed and the way he holds the ball. He’s a real goal threat and he works tremendously hard.

“He will be pushing anybody in our first team to get his spot and that’s exactly what we want.”

#Arsenal score again as they go 4-0 up against #Millwall. Sub Balogun with the goal. pic.twitter.com/79Feh9gLuT

It may feel premature to label a new signing as being on the fringes of the first team, but Kieran Tierney is well established as Arsenal’s first-choice left-back.

The 21-year-old Tavares may have been signed with more than one eye on the future but he’s impressed during his pre-season appearances.

Tavares scored during the 2-2 at Rangers and hopes are high at Arsenal that he’ll be able to utilise his attacking skills from either flank.

After his goal at Ibrox, Arteta said: “He’s only been with us a few days but you can already see his qualities, his physicality and then the quality on the ball that he has.

“He’s integrating with the lads really well, so it’s a good start.”

Very much the forgotten man among Arsenal’s cohort of young strikers, Nketiah has been linked with a move away from the Emirates this summer.

But the 22-year-old has done his chances of first-team football no harm with two goals over pre-season as Arsenal look to remedy their goalscoring problems.

Six goals in 29 appearances last season wasn’t the worst return for Nketiah, considering his role on the fringes of the squad, and Arteta must be tempted to include him in the squad for Friday’s Premier League opener at Brentford if he’s still at the club.

⚽️⚽️⚽️Goal⚽️⚽️⚽️
Nketiah with a nice strike

Ben White will expect to be Arsenal’s first-choice centre-back, but the slot alongside him is very much up for grabs.

Having put in some solid displays in the Europa League last campaign, Mari is best placed to capitalise on Gabriel’s injury to start Arsenal’s first few league games.

And the Spaniard has generally put in solid performances across pre-season, despite Arsenal losing to London rivals Chelsea and Tottenham over recent weeks.

Concerns remain over his lack of pace and ability to play in a high press, but Mari has earned the chance to make a first-team place his own.

Azeez has already alerted Arsenal fans to his talent by scoring a Messi-esque solo goal against Chelsea’s Under-18s last season.

And the 18-year-old served further confirmation of his abilities by scoring an impressive curling shot against Watford during a 4-1 win last month.

Comfortable in possession, with the athleticism of a modern footballer, Azeez looks like an elite player in the making and hopes are high that can make his mark over the coming season.

Miguel Azeez picks up the ball outside the box from a short corner before bending it into the net to make it 4-1 to Arsenal. [@TheAFCnewsroom]