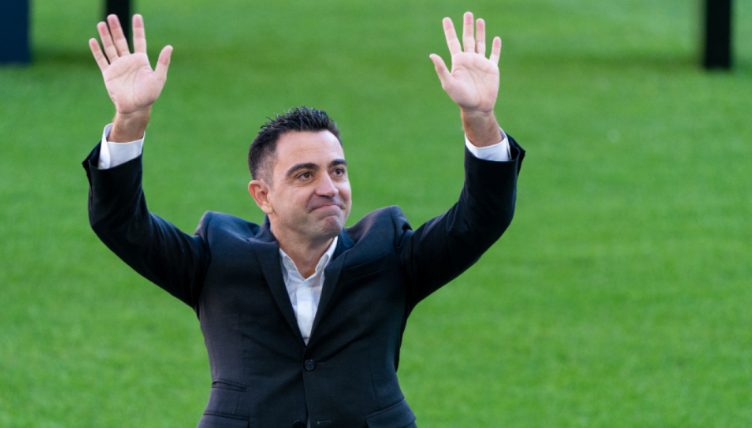 Barcelona legend Xavi Hernandez is back at the Camp Nou, and his time in charge promises to be fascinating.

Performances and results under predecessor Ronald Koeman were dire, and fans were also unhappy with the style of play the Dutchman attempted to impose, concerned that the famous Barcelona style innovated by Johan Cruyff and perfected by Pep Guardiola, was being dismantled.

Rather than the exciting attacking, technical, ‘tiki-taka’ football seen for years, Koeman favoured a more direct approach, and the Blaugrana often resembled Koeman’s Everton side, with Luuk De Jong and occasionally defender Gerard Pique playing as a target man up front.

The appointment of Xavi, who made 767 appearances for the club, is an attempt to restore not only results but the style of play that separates Barcelona from the rest as “more than a club.”

Xavi boasts a 65.7% win rate at Al-Sadd in Qatar as a manager, and will be aiming to maximise the output of a Barcelona squad in transition, but which does boast some top young talent. Here are five players who might benefit most from his appointment.

The French winger, originally signed for £120million, has had a difficult few years at Barcelona, with inconsistent performances and regular injuries halting his progress.

However, Xavi has praised the 24-year-old, claiming that “he can be the best player in the world in his position,” and a new contract is on the table for him, indicating a strong show of faith.

The first task for the new manager, is to somehow get him back to fitness, which is no small order, but the ruthless decision to sack the club’s head of medical services Ramon Canal shows that he means business on that front.

Puig was one of La Masia’s brightest talents, but at 22, there were fears his career had stagnated. A rocky relationship with Koeman saw him receive very limited game time, despite his obvious attacking talent, and he stands to gain a lot should he have a rebirth under Xavi.

In terms of midfielders, there aren’t many better players to learn from than his new coach.

De Jong arrived as a 21-year-old sensation from Ajax, where he reached the Champions League semi-final, but his performances for a dysfunctional Barcelona have not caught the eye. Although there have been flashes of brilliance in his 106 appearances, more is expected of a player with his talent.

It is hoped that learning from Xavi, who played a similar role in the team, will help him reach his significant potential.

The Austrian winger raised some eyebrows when he completed a loan move to Barcelona from Rapid Vienna this summer, as he was registered late in the window and given the No.11 shirt when originally signed for the reserve team.

A talented winger, he started the season brightly before being frozen out of the squad under Koeman. Barcelona have a £10million option to buy on Demir, and he will be hoping for more chances under Xavi to play his way into a permanent move.

Coutinho has been nothing short of a disaster at Barcelona so far, and was often benched and even loaned out following his £142million move from Liverpool.

However, the Brazillian has welcomed his new manager, stating that “I hope that he can have a lot of success with the group that we have. He did a great job in Qatar.”

Like most of his teammates, playing under a more possession minded coach could see the Brazillian recover some of the form which earned him his Barcelona move in the first place, but based on his performances so far, this would be a miracle.