Five big names expected to be on the move this summer: Sancho, Werner… 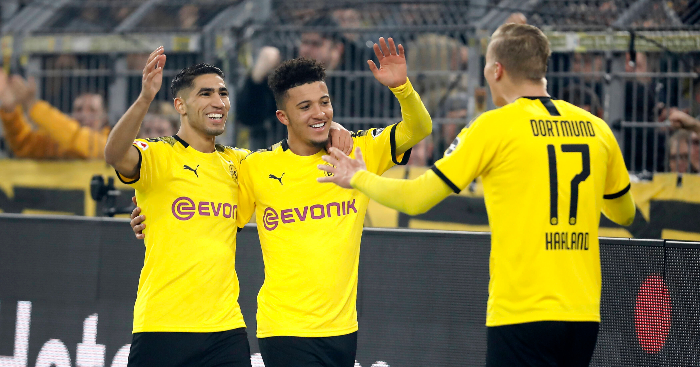 While the short-term future of football has been thrown into chaos, the rumour mill cranks on as usual.

The tabloids are already looking ahead to the next transfer window – whenever that will be – with the usual speculation over who will be signing the next big things and established superstars.

Here are six of the most high-profile stars that will reportedly be making a move this summer.

After a brilliant breakthrough campaign last season, Borussia Dortmund did well to hold on to Jadon Sancho for another season, a move that looks best for all concerned as benefits from furthering his development at the club.

He’s scored 14 goals and registered a further 15 assists in the Bundesliga this season. Only himself and Lionel Messi have hit double figures for both goals and assists in Europe’s top five leagues in 2019-20.

It would appear that 2020 is the year for the 20-year-old to make his move, with the Premier League his most likely destination. A daily fixture in the gossip columns, Chelsea, Liverpool, Manchester United and former club Manchester City have all been touted. Watch this space. 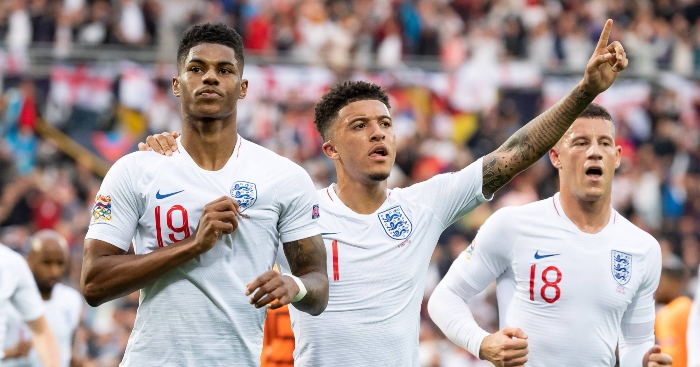 The pause in the season stopped 20-year-old attacking midfielder Kai Havertz in the form of his career, with five goals and five assists from his last eight appearances for Bayer Leverkusen in all competitions.

Such talent and numbers will have Europe’s biggest clubs keeping tabs on him, but his next step might be an incremental one – Borussia Dortmund could well be in the market, with cash to burn if Sancho leaves.

German outlet Kicker have long suggested that Havertz is bound for the Signal Iduna Park, and Dortmund captain Marco Reus hasn’t been shy about setting the wheels in motion for a move.

“I will do everything I can to get him to Dortmund,” the Dortmund captain told Sport1 earlier this season.

“I don’t know how much he would cost or if Dortmund would be able to afford him. But I will do my best. Just like I did with Julian [Brandt]. In Julian, I have an ally who still knows him very well. So let’s wait and see.”

After a disappointing 2018 World Cup with Germany, and a so-so season with RB Leipzig last year, the striker is back to his very best this campaign.

He’s scored 21 goals in the Bundesliga this season and has helped fire his side into the quarter-finals of the Champions League. Only Ciro Immobile and Robert Lewandowski have scored more in Europe’s top five leagues.

The constant source of speculation linking him to Liverpool, he could soon be providing Roberto Firmino with competition. The player himself has been forthright with his admiration for Jurgen Klopp and the team’s style.

Subject to daily speculation in the summer of 2018, Sergej Milinkovic-Savic ended up staying put at Lazio after catching the eye. He’s been at his very best again this season, helping his side mount an unlikely title challenge in Serie A.

The Serbia international is represented by former Chelsea striker Mateja Kezman, and it’s been suggested (per Tuttosport) that his familiarity with Jose Mourinho would give Tottenham an advantage.

His physical attributes and ability to take control from the centre of the pitch certain fits the profile that Mourinho has traditionally looked for.

Corriere Dello Sport have suggested that there could be a mass exodus at Napoli this summer after a fallout between the players and eccentric owner Aurelio De Laurentiis, who earlier this season demanded that the squad went away to a week-long training camp after their poor start to the campaign.

Dries Mertens and Jose Callejon are two players said to be unhappy, while it could open up the exit door for the highly-demanded Senegalese centre-half Kalidou Koulibaly, rated by many to be one of the best defenders in Europe.

Both Paris Saint-Germain and Manchester United have long been reported to be interested in getting his signature.