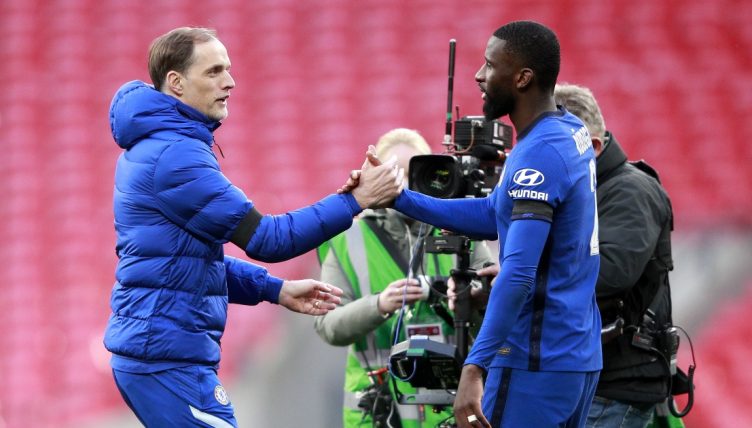 The 2020-21 campaign has been quite a journey for Chelsea fans, with a stark and sudden improvement since Thomas Tuchel was appointed Frank Lampard‘s successor in January.

Tuchel has become the first manager to reach back-to-back Champions League finals with different clubs, having led PSG to finish runners-up last term before being sacked by the French champions on Christmas Day.

After floundering midway through the season under Lampard, the Blues are now in the FA Cup and Champions League finals, and look well on course to secure a top-four finish. Here are five players that are emblematic of the club’s turnaround.

Tuchel’s Chelsea have a ridiculously good record with Rudiger in the starting line-up. The Germany international was an unused substitute in the only real blot on his compatriot’s copybook so far – the 5-2 home defeat to West Brom, which remains a total outlier.

That’s 20 games, 15 clean sheets and just five goals conceded. The only defeat with Rudiger featuring was the 1-0 against Porto, which saw the Blues progress with a 2-1 aggregate victory.

Not bad for a centre-half that was frozen out by Lampard and reportedly nearly joined West Ham on loan in search of minutes last summer.

The Denmark international was among Chelsea’s most criticised individuals during their defensively dodgy 2019-20 campaign.

Lampard’s Blues secured a respectable top-four finish, but it was no thanks to their record at the back – 54 goals conceded is the most goals conceded in the Roman Abramovich era, and their worst record since 1996-97.

Christensen didn’t help his error-prone reputation with an avoidable red card against Liverpool in the early weeks of the 2020-21 campaign, but since Tuchel took over he’s been near flawless.

If you squinted during his imperious displays in the Champions League semi-finals against Real Madrid, you could pretend you were watching prime Ricardo Carvalho. Few could have seen that coming.

There’s no doubting Kante’s quality, given his importance when winning back-to-back Premier League titles with different clubs. He won the PFA Player of the Year award when Antonio Conte’s Chelsea last won the league in 2016-17 and arguably peaked with a starring role in France’s 2018 World Cup victory.

There was a sense ever since then he’d just lost his way a little, amid form and fitness issues, as Maurizio Sarri and then Lampard struggled to adapt him into a more attack-minded midfielder.

On the evidence of Kante’s displays against Real Madrid – destined to go down in Chelsea folklore if they go on and win it – Tuchel’s had no such issues getting the very best out of him. Up there with Roy Keane against Juventus. 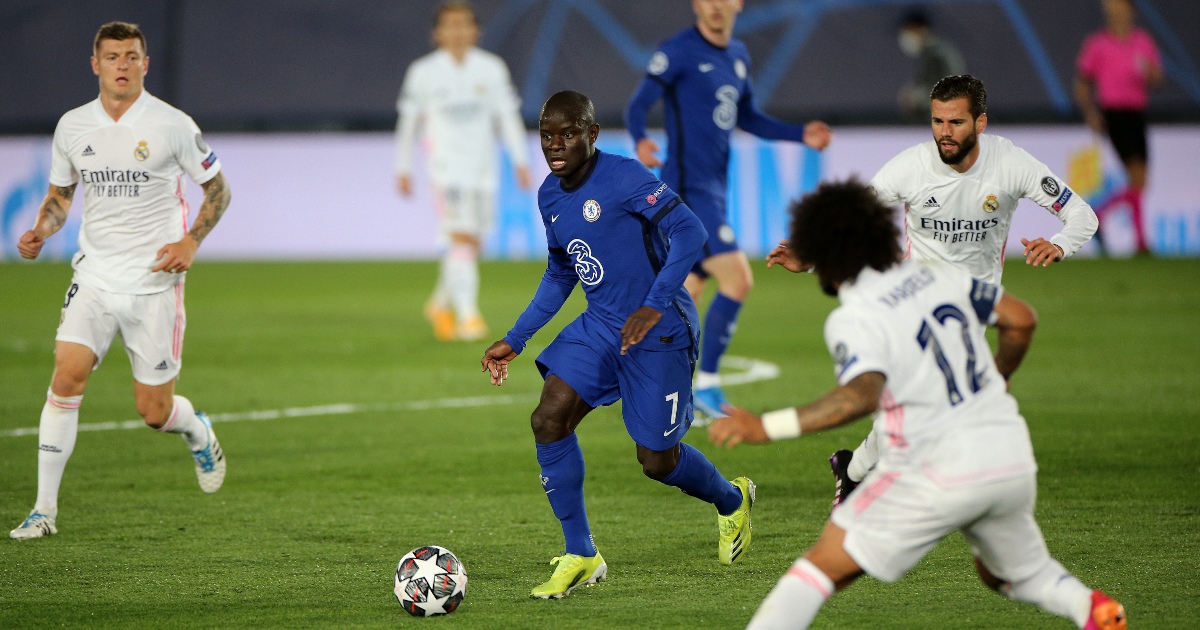 The metronomic midfielder has formed a perfectly balanced double pivot alongside Kante at the base of Tuchel’s midfield. It’s a testament to the German coach – or perhaps damning indictment of Sarri, who brought him along from Napoli – that Jorginho is producing by some distance the best football of his Chelsea career.

“Look, I’ll be really sincere here on Lampard. I believe, given he was a legend at the club, he skipped some steps necessary for learning before moving to a big club,” the Italy international told ESPN.

“He came to a club where he is a legend, without having experience at other clubs. I think he came too soon, skipped a few steps ahead and wasn’t ready for a job at this level, to be honest.”

Jorginho’s frank assessment is eerily reminiscent of Lampard’s criticism of Andre Villas-Boas, after he was sacked in 2012. Chelsea, of course, went on to win a Champions League and FA Cup double that season. A good omen?

Tuchel’s tenure at Chelsea thus far has been defined by their supreme defence and total control exerted in midfield, while you’re left feeling he’s yet to get the very best out of his attackers.

No one player has scored more than 12 goals in all competitions, for example, and marquee signing Timo Werner still has a tendency to miss more chances than he’s putting away.

But there has encouraging progress made by Havertz, Chelsea’s club-record signing, after taking time to adapt to life at a new club in the first half of the campaign.

The 21-year-old justified his place ahead of Christian Pulisic in Tuchel’s starting XI for the second leg against Madrid with an instrumental role in Werner’s opener, off the back of scoring both goals in Chelsea’s 2-0 win over West London rivals Fulham.