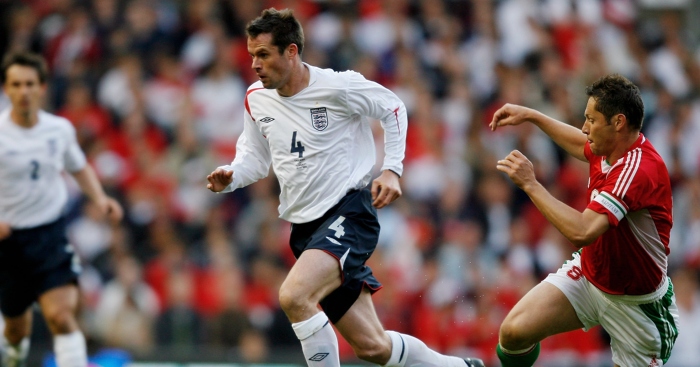 England may have been critcised for a lack of imagination on the football pitch, but have certainly tried their hands at creative tactics in the build-up to World Cups in the past – for better and for worse.

Gareth Southgate appears to be set on playing three at the back this summer, but there is clearly still some final points to be decided on ahead of Russia, with Jesse Lingard and Dele Alli used as duel No.8s for the first time against Nigeria.

We’ve looked back at five other examples of England trying to show some tactical flexibility ahead of – or during – a World Cup. It’s safe to say there have been varying levels of success.

The wealth of talent available to England in central defence throughout the mid-00s was almost eye-watering. John Terry, Rio Ferdinand, Jamie Carragher, Sol Campbell, Ledley King and Jonathan Woodgate were all competing for two spots.

But the Sven-Goran Eriksson had a brainwave: with Frank Lampard and Steven Gerrard struggling to replicate their club form as a central midfield pairing in a 4-4-2, Carragher was brought in to anchor the midfield in a 4-5-1/4-3-3.

England beat Hungary 3-1 at Old Trafford in an encouraging performance. Eriksson promised the line-up for that match would start the opening World Cup fixture against Paraguay, and a suitably excited BBC ran an editorial simply titled ‘Midfield Marvels’.

But then Peter Crouch scored a hat-trick against Jamaica and stole the hearts of a nation by doing the robot and Eriksson’s masterplan was shelved.

Ladies and gentleman, England will be playing four-four-fucking-two. 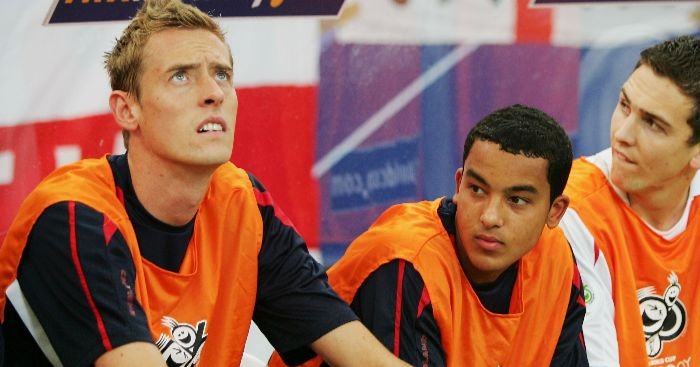 The logic was understandable: as evidenced by the Carragher experiment, Sven knew a deep-lying midfielder could help bring the best out of Gerrard and Lampard, but the finesse of Beckham rather than the doggedness of a defender was much more appealing.

The reality was somewhat different: England were beaten 1-0 by Northern Ireland – ranked 116th in the world – in a qualifier for the 2006 World Cup. The tactic, which was abandoned after 65 minutes, “failed miserably”, according to the BBC.

For what has felt like the best part of forever, Wayne Rooney’s role in whichever side he has played has been questioned.

That was no different heading into the 2014 World Cup. Daniel Sturridge was the obvious choice to lead the line as he came off the best season of his career with Liverpool, while Raheem Sterling, Ross Barkley, Adam Lallana, Alex Oxlade-Chamberlain and Danny Welbeck all offered pace and trickery in the positions behind the central striker.

That left Rooney to be crowbarred into the side, and the Manchester United man scored from the left flank in a 2-2 draw with Ecuador ahead of the tournament.

Rooney then started from the same position in the opening match against Italy, providing the cross for Sturridge’s equaliser while Sterling shone as a No.10, though England were ultimately beaten 2-1.

For the crunch match against Uruguay, Rooney was moved back central as he scored and hit the bar, but England were much less effervescent and were eliminated by a second 2-1 defeat.

Heskey on the left

Throughout the Golden Generation, left midfield was always a problem position for England. Ryan Giggs’ decision to represent Wales would haunt the Three Lions as the likes of Wayne Bridge, Paul Scholes and Nick Barmby tried to fill the void by playing out of position.

Why Sven thought Emile Heskey might be the man to thrive in the No.11 shirt is anyone’s guess, but the Liverpool striker started on the left flank in England’s two 2002 warm-up matches against South Korea and Cameroon.

Heskey was criticised for his performances in the two draws, leading to Phil Thompson to suggest there was an “agenda” against the player.

He still started the opening match out wide with Darius Vassell preferred as Michael Owen’s strike partner, but was restored to his more natural role for the win over Argentina.

#englandsgreatest Emile Heskey…but only when on the left wing. Inspired.

Rather than fanny around experimenting with different formations or tactics beforehand, Sir Bobby Robson decided to drop it on the players during the tournament at Italia 90.

Such was the dire nature of the 1-1 draw with the Republic of Ireland in the opening match, Robson switched to a sweeper system for the following fixture against the Netherlands.

“Bobby was [thinking] about changing because of the way the Dutch played,” Gary Lineker told The Independent. “He went to the experienced players – Bryan Robson, myself, Terry Butcher, Peter Shilton – and we all thought it would suit the type of players we had, particularly with Mark Wright, who was a natural player to come out with the ball.”

England – and Paul Gascoigne in particular – flourished as they went on to reach the semi-finals.