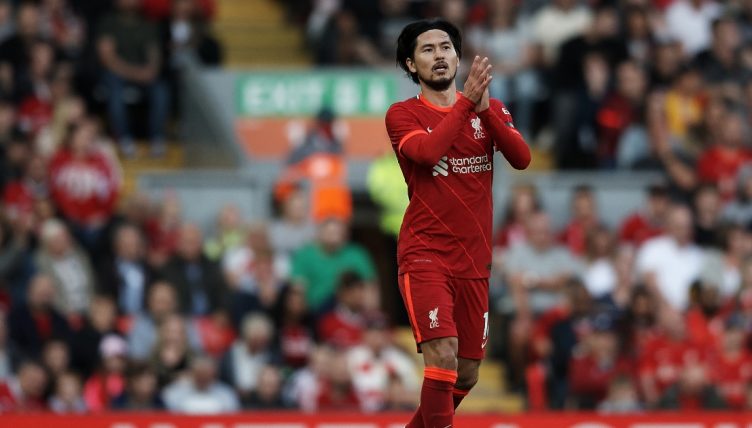 The 2021-22 Premier League campaign is nearly upon us and after completing their pre-season friendlies, Liverpool will be hopeful of improving on their previous showing in the top-flight.

Jurgen Klopp and co. have enjoyed a solid pre-season, losing just one of their eight matches, and most importantly have seen their star players shine. Sadio Mane and Roberto Firmino have both been in fine scoring fettle while Virgil van Dijk and Joe Gomez also returned to the field after lengthy lay-offs.

But what about those players who found themselves watching on for most of last season? We take a look at five of Liverpool’s fringe players who have boosted their chances of first-team football in pre-season.

Last season was deemed the perfect moment for Liverpool to send their burgeoning attacking talent out on loan and preparations for the 2021-22 campaign have shown that Elliott’s spell with Blackburn has worked wonders.

The 18-year-old joined Tony Mowbray’s set-up in October and returned to Anfield in May with 42 first-team appearances to his name, as well as seven goals and 11 assists.

The youngster played in midfield as well as on both wings for Rovers and that versatility is something that clearly appeals to Klopp, playing him in five of the club’s friendlies this summer. But it sounds like Elliott’s immediate future may be as Georginio Wijnaldum’s replacement.

“He can play [centre mid]. He can play up front, the right-wing,” Klopp told the club’s official website after their clash with Athletic Bilbao at Anfield.

“He smashed the bar. He is different, he can play a few positions, no doubt about it. We wanted to try him in midfield in pre-season to get him more involved. He made big steps.”

The Greek left-back was signed as cover for Andy Robertson last summer but, because the Scotland captain is an absolute machine, he never got much of a look in, playing just five minutes of Premier League football in 2020-21.

But his chance to impress in the top-flight may be just around the corner. In the Reds’ penultimate friendly with Athletic Bilbao, Robertson limped out of the action, later confirming on Twitter that he had suffered ankle ligament damage.

Liverpool might not suffer as much as expected without him, however. Tsimikas has taken to pre-season with a point to prove.

The 25-year-old often finds himself in the positions that Robertson loves to exploit and has provided assists in two games, including a beauty of a first-time cross against Osasuna.

Oxlade-Chamberlain has not had the easiest time since making the move to Anfield from Arsenal, even if he has won a Champions League and Premier League since.

A cruciate ligament rupture at the end of the 2017-18 campaign wiped out nearly a year of his career and a knee injury in the summer of 2020 ruled him out until December of last season.

As a result, the versatile attacker has fallen down the pecking order somewhat. But a full pre-season appears to be doing him a world of good this time, playing a full 90 minutes against Athletic Bilbao and Osasuna and scoring against Hertha Berlin.

“Look, I know Ox for so long now it was not necessary to talk,” Klopp said of the player. “It was clear what the thing is – he needed a full pre-season… it was the first pre-season for a long time with Ox.”

After he was shipped out on loan to Southampton for the second half of last season, many will have thought Minamino’s days at Anfield were numbered.

But, like Elliott, the Japan international’s confidence appears to have swelled significantly thanks to that spell away, scoring twice in 10 games for Southampton.

He has found the net three times in pre-season for the Reds and, for the first time, does not look out of place in a glittering attacking line-up.

I mean, just look at this touch in the build-up to his strike against Osasuna. That is a man pushing for a lot more first-team action this season.

Minamino what a touch and a good goal
pic.twitter.com/QYofh6pLme

The chances of anyone displacing Alisson in the Liverpool goal are close to zero. Other than perhaps Mo Salah, the Brazilian is the most undroppable player in the squad.

But, as we have seen, he is prone to the odd injury, so there could yet be big rewards for whoever locks down that number two spot in Klopp’s squad this season. If recent friendlies are anything to go by, it looks like that will be Kelleher.

The Irish youth graduate has played 272 minutes in pre-season, including the full 90 against both Osasuna and Bologna, compared to Adrian’s 147.

For much of pre-season, Alisson was not available due to Brazil’s run to the final of the Copa America, so it is telling that it was Kelleher chosen to play the entirety of two games in his place and not his more experienced team-mate.