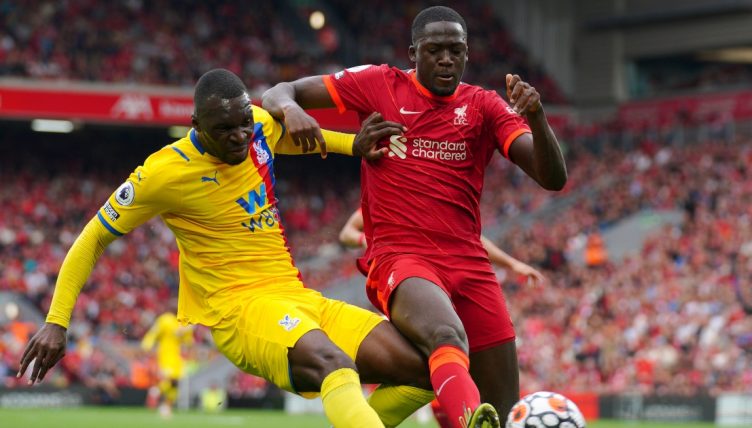 After joining the club from RB Leipzig, Ibrahima Konate made his eagerly-anticipated Liverpool debut in their 3-0 win over Crystal Palace at Anfield.

Konate has had to wait for his chance, with Jurgen Klopp largely relying on Virgil van Dijk and Joel Matip as his centre-back pairing.

He started alongside Van Dijk against Palace and showed why he cost £36million, helping the Reds to a comfortable win over Patrick Vieira’s side.

“You can see he is incredibly talented,’ Klopp said after the game. “The potential is outstanding. He is used to winning challenges easy. He is young and he played a really good game. Massive. First home game for him.

“You want the team to watch the games and see what we do. We need to have experience from what we see. And he did really well. So much potential.

“He will get better. Today, against Benteke and Edouard and Zaha, there were situations where it is new for him. Step by step.”

Liverpool fans were also impressed and we’ve listed five stats from his impressive performance at Anfield.

– The 22-year-old won two of his three aerial duels and three of his four ground duels against Palace.

– He won all three of his attempted tackles and only one Liverpool player made more tackles than him during the game.

– Despite playing against a tricky winger like Zaha, the centre-back wasn’t dribbled past on his Liverpool debut.

– Konate showed his ability on the ball and made 48 accurate passes, recording a pass accuracy of 87.3%. He also made three accurate long balls.