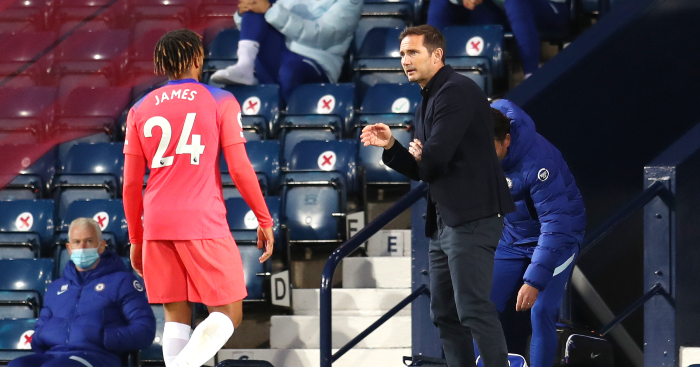 James was one of the bright sparks on a difficult night for Frank Lampard’s Chelsea as Thiago Silva was handed the captaincy on his Blues debut, only to be at fault for one of three goals they conceded on the night.

The England’s Under-21 international’s marauding runs from right-back were the main attacking threat for Frank Lampard’s side, who spared their blushes with a second-half comeback started by Mason Mount. Callum Hudson-Odoi then made it 3-2 before Tammy Abraham netted the equaliser in the 93rd minute.

We’ve rounded up five eye-catching stats from James’ display against the Baggies:

– The 20-year-old completed 103 passes, 68 more than any West Brom player. Only Andreas Christensen completed more for the Blues.

– James attempted 19 crosses, 11 more than any Chelsea player and more than all of the West Brom side combined.

– He’s now completed 30 crosses in the Premier League this season, more than any other player.

– He created six chances, more than anyone else on the pitch and the joint-most in a single Premier League game this season.

– Since the start of 2020, Chelsea have now only lost five times in the Premier League when James has featured.