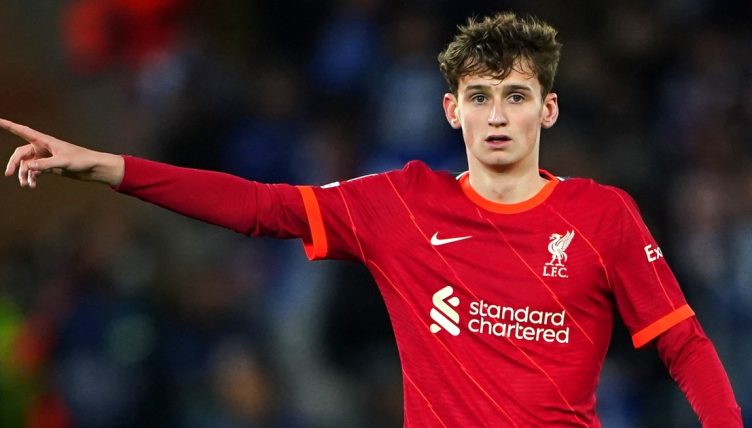 Morton, who came through Liverpool’s academy, recently made his senior debut when he came on for the final few minutes of the 4-0 win over Arsenal.

The 19-year-old midfielder then made his Champions League debut against Porto and played the full 90 minutes, impressing alongside Thiago and Alex Oxlade-Chamberlain.

“I’m long enough in the business that I would not throw a player in the game that I think he’s not ready for it,” Klopp told BT Sport after the game.

“With Neco [Williams] we know that he can play on that level, but with Tyler, the world out there might have been surprised but he did exceptionally well.

“He’s fit, there’s no need to rest him for whatever. He’s a good player and I’m really pleased that he can put a performance like this in.”

We’ve taken a look at five stats from his impressive full debut for the Reds.

– Morton had 54 touches and completed 34 of his 41 passes against Porto, recording a passing accuracy of 83%.

– Despite playing in a deeper role in front of the back four, the teenager showcased his creativity and made one key pass.

– He also made two interceptions, more than any other Liverpool player managed during the game.

"The first time that he came to train, I said 'Who is this player?' Because he was training amazingly and deserved to be part of the team tonight." 🔴 pic.twitter.com/rf5G0zzpFV

– The midfielder completed two clearances, made two successful tackles also won all three of his aerial duels against Porto.

– Morton is now the second-youngest player to start a Champions League game for Liverpool after Trent Alexander-Arnold.