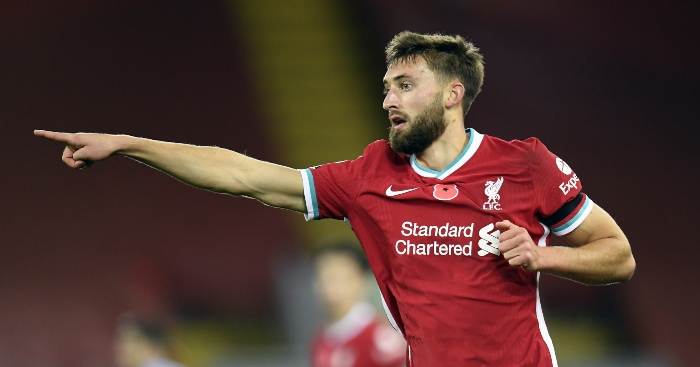 After Virgil van Dijk, Joel Matip and Fabinho were all ruled out, Phillips partnered Joe Gomez in the centre of defence, having only ever turned out previously in an FA Cup clash.

He earned rave reviews from Jamie Carragher and Jurgen Klopp and we’ve listed five stats from his impressive performance in their 2-1 win.

– Phillips made nine clearances during the 90 minutes.at Anfield – more than any other player on the pitch.

READ: The 30 academy grads given Liverpool debuts by Klopp & how they’ve fared

– Van Dijk is renowned for his strength the air and Phillips helped fill that void by winning five aerial duels – the most on either side.

– The 23-year-old also showcased his excellent ability on the ball, taking 96 touches and completing 66 passes at a success rate of 81.5%.

– He wasn’t at fault for Pablo Fornals’ goal and made zero errors leading to shots against the Hammers.