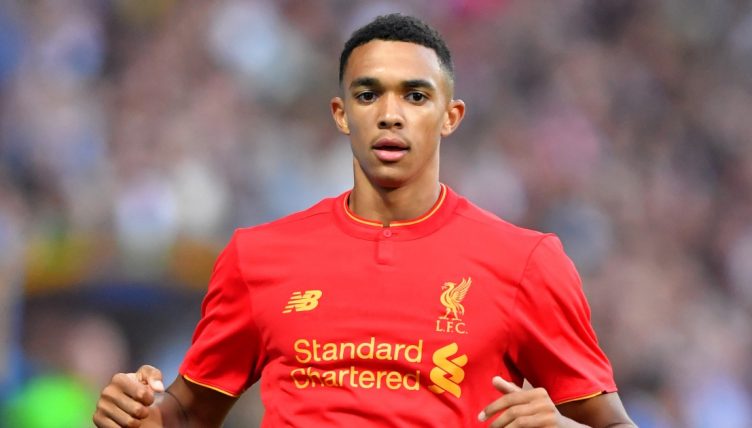 There are few silver linings from Liverpool‘s extraordinary injury crisis this season, but it does at least give an opportunity for their younger fringe players to show what they can do.

Some the club’s greatest players started to break through by filling in for sidelined first-teamers, which can prove as inspiration to those stepping into Jurgen Klopp’s side in 2020-21.

Here are five examples of players that got their break thanks to injuries elsewhere.

Ignoring his Everton-supporting childhood, one-club legend Carragher made well over 700 appearances for Liverpool. He started to properly break through during the 1997-98 campaign, but the season prior he had a couple of opportunities to catch the eye as a teenager.

His debut came as a late substitute in a 2-1 League Cup defeat to Middlesbrough, and three days later he made his first Premier League appearance, coming on at half-time for Neil Ruddock against West Ham.

According to The Guardian’s match report, Roy Evans “shuffled personnel and modified tactics to accommodate the bruised and limping” as the league-leading Reds could only must a 0-0 draw at home to Harry Redknapp’s Hammers.

Shortly after, Carragher was drafted in to make his first Premier League start, marking the occasion with the first of five career goals with the opener in a 3-0 win against Aston Villa.

“I knew the night before, I was down to play at centre-half but Bjorn Kvarme’s clearance came through before 5pm that night but I didn’t realise,” he later said.

“I wouldn’t have been playing only that Patrik Berger was sick that night, so there was a place and I was moved into midfield. I was a bit nervous, but it was more excitement really. I got booked after 20 seconds, that calmed me down.”

On this day in 1997, @Carra23 scored a goal that would prove to be rare as rocking horse shit, on his full Liverpool debut. pic.twitter.com/CR7hQySdUB

Like the others on this list, it was inevitable that a player of Gerrard’s talent would graduate from the academy and into the first team, with the only question of when rather than if.

Born and raised in Whiston, Merseyside, the boyhood Reds fan got his first opportunities during the 1998-99 campaign, making 12 Premier League appearances in midfield, filling a vacancy open thanks to the injury-ravaged latter years of club captain Jamie Redknapp.

The rest was history. 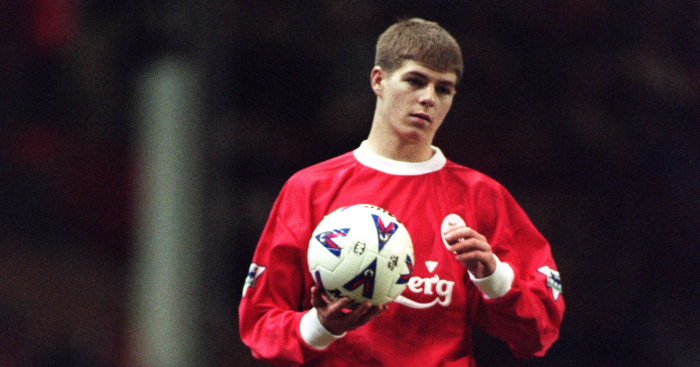 READ: Where are they now? Liverpool’s XI on Steven Gerrard’s debut in 1998

Like Gerrard, it’s difficult to imagine that such a prodigiously talented local lad wouldn’t have made it into the senior set-up sooner or later, but Alexander-Arnold’s early development was fast-tracked due to Nathaniel Clyne’s nightmare with injuries.

A back problem left Clyne sidelined for most of the 2017-18 season, and by the time he’d suffered the cruciate ligament rupture that left him unavailable for 2019-20 his place had well and truly been taken by Liverpool’s homegrown rising star.

Alexander-Arnold doesn’t turn 23 until October, but he’s already registered 29 assists in 118 Premier League appearances, with the Premier League title and Champions League on his CV.

Scotland international Robertson had caught the eye during Hull’s valiant effort against relegation back in 2016-17, but his arrival – for a canny £8million fee – was met with little fanfare as he looked to be just another squad option alongside Alberto Moreno and James Milner.

Sure enough, he spent the early months of his time at Anfield watching on from the sidelines, with more appearances for his country than his new club by the December of his debut campaign.

But Moreno suffered an ankle injury shortly before Christmas and faced a six-week lay-off, giving the summer signing an opportunity he took with both hands. The Spaniard never regained his place after returning to fitness.

Six months later, Robertson was starting a Champions League final, winning one a year after that. He then started 34 of 38 games as Liverpool’s 30-year wait for a Premier League title came to an end in 2019-20.

26th May, 2018: Liverpool vs. Real Madrid in the Champions League final

Scoring a match-winning screamer in a Merseyside derby is certainly one way to stake your claim as the real deal, but even after his eye-catching early performances, few would have expected Jones to play such a prominent role for Jurgen Klopp’s reigning champions this season.

Injuries to Naby Keita and Alex Oxlade-Chamberlain have meant there’s been less competition in midfield, while Jordan Henderson and Fabinho have had to drop back into the backline amid the defensive injury crisis.

The 20-year-old has made 20 starts in all competitions so far in 2020-21, with 20 appearances in the Premier League totalling over a thousand minutes. To put it mildly, the circumstances haven’t been ideal, but the experience should prove invaluable.