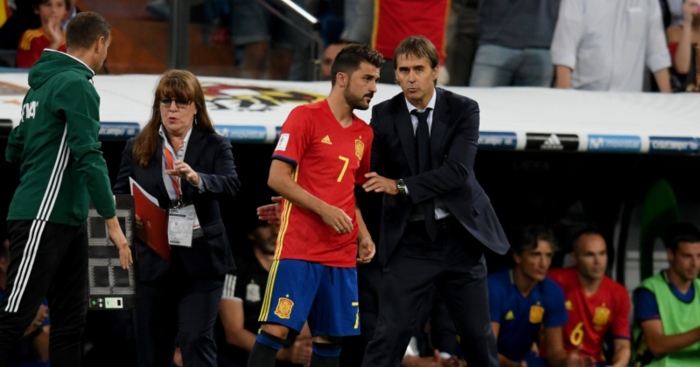 Football is often fuelled by controversies, and close to any major tournament the pressure only intensifies.

With countries hoping for a smooth build-up, it is always big news when something happens which could scupper their chances.

We’ve taken a look at five examples of controversies which have grabbed the headlines ahead of a World Cup or European Championship.

Just one day before the 2018 World Cup was due to get underway, Spain decided to part ways with their manager after it was announced he had agreed to take over at Real Madrid after the tournament.

The timing of the move came as a huge shock, with the announcement coming two days before their Group B opener against Portugal, with no new manager announced in the immediate aftermath.

“We have been forced to dispense with the national coach,” said Luis Rubiales, the president of the Spanish Football Association. “There’s a way to act that needs to be fulfilled.

“To win is very important, to have the best coach very important, but above everything is acting in the right way. Maybe this is tough now, but in the end it will make us stronger.”

The Spanish federation has decided to sack Julen Lopetegui.

President of Federation, Luis Rubiales, preferred his sacking from the moment he heard Lopetegui was the new RM manager only minutes before the official confirmation yesterday. His position won the debate with players

When Roy Keane speaks, people listen. And when Roy Keane called the manager of the national team “a liar” and a “f*cking w*nker” just before the 2002 World Cup, people were definitely listening.

Keane had been unhappy with the Republic of Ireland’s preparations for the tournament and certainly did not hold back in making his feelings clear, with Shay Given later describing his rant as “a total destruction of Mick, personally and professionally”.

Unsurprisingly, Keane was sent home and did not play for Ireland again until McCarthy had left his post in 2002. He later hinted at regret over his actions, saying “it would have been nice to play”. 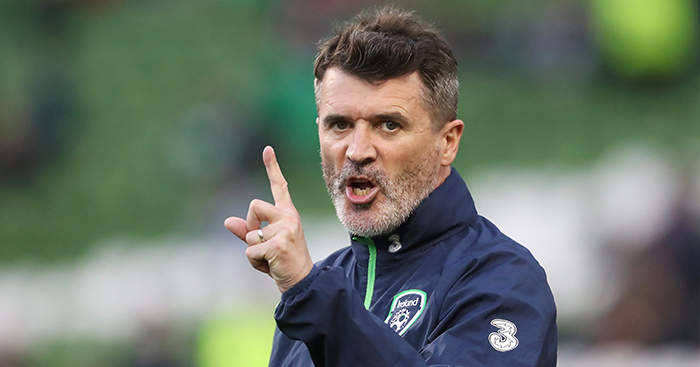 With John Terry facing a charge after allegedly racially abusing Anton Ferdinand, the FA stripped him of his England captaincy, a move which saw Fabio Capello openly criticise the governing body before choosing to resign just months before the tournament.

Roy Hodgson was appointed in May and chose to include Terry to his squad, causing controversy as he refused to pick Rio Ferdinand – even selecting Martin Kelly to replace an injured Gary Cahill in the 23.

Hodgson was heavily criticised and forced to defend his comments, claiming Ferdinand’s omission was purely down to “footballing reasons”, with Ferdinand’s representative Jamie Moralee accusing the manager of “a lack of respect”.

By May 2006, Italian football was in turmoil as a huge scandal was uncovered implicating several top clubs – most notably Juventus – for alleged match-fixing by rigging the appointment of certain referees.

But despite all the disgrace surrounding the squad and Italian football as a whole, they managed to defy the odds and win the World Cup, just days before Juve’s relegation to Serie B was confirmed.

“I look back on the dentist chair incident before Euro 96, and the way we were castigated by the media for it, and smile,” Paul Ince told us. “It was ridiculous, but it brought us closer together.

“I can understand where the press were coming from to an extent, but it gave us a unity that helped us in the tournament.

“It was a good time to be part of the England set-up and I can’t imagine we will see this current England team being part of a night out like that any time soon! Times have changed and it is all a lot more serious now.”

Certainly, it’s hard to imagine the likes of Harry Kane and co taping themselves to a dentist chair in Hong Kong as bartenders pour spirits down their necks, before strolling back through Heathrow with a plant pot on their head.

Gazza, on the other hand… 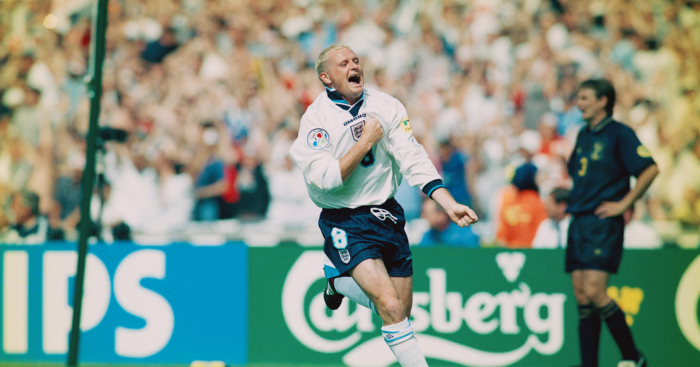 “In the Name of Allah, Go,” read one headline after England’s friendly draw against Saudi Arabia ahead of the 1990 World Cup in Italy.

After a barrage of criticism from the press, Robson and the FA announced that he would leave his post after the tournament.

Robson then attracted even further criticism after agreeing to take charge of PSV after the tournament, being branded “unpatriotic”.

England went on a heroic run to the semi-finals, best remembered for Gazza’s tears and the start of all their penalty heartbreak, but the squad returned as heroes, with Robson going on to receive a knighthood.