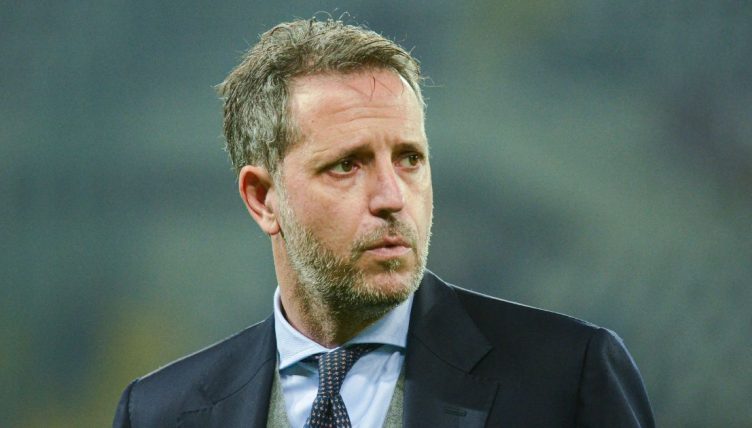 Despite calling off their move to appoint Antonio Conte as manager, Tottenham are still expected to confirm Fabio Paratici as their new sporting director.

Paratici has spent the last 11 years working for Juventus, helping the club to re-establish their dominance over Italian football during the 2010s.

We’ve taken a look at five of Paractici’s best ever signings.

Paratici joined Juventus in 2010 and immediately displayed his eye for talent, signing Barzagli from Wolfsburg for just €600,000 in January 2011.

The defender became an integral part of the Juventus backline, forming a formidable back three alongside Giorgio Chiellini and Leonardo Bonucci.

He also proved an immense servant to the Italian giants, making 281 appearances in all competitions during his eight-and-a-half years in Turin.

“If I have to pick one, I go for Barzagli,” Paratici said in his farewell press conference at Juventus. “He spent many years with us and he was massively underrated by many. We all know how important he was and what he gave to this club.”

While signing one of the greatest midfielders of all time might not seem like a revolutionary idea, it proved to be a masterstroke from Paratici.

At the age of 32, Pirlo was deemed surplus to requirements by AC Milan and left on a free transfer at the end of 2010-11. Some people believed he was finished. Paratici thought otherwise and gave him a three-year deal.

“When Andrea told me that he was joining us, the first thing I thought was, ‘It could be worse’, a player of his level and ability, not to mention that he was free, I think it was the signing of the century,” Gianluigi Buffon told Radio Monte Carlo after Pirlo’s Juventus debut.

The former Italy international showed that class is permanent and went on to make 164 appearances for Juventus, winning the Serie A title in each of his four seasons in Turin.

He also played in the 2015 Champions League final before seeing out his playing career with Major League Soccer side New York City.

Milan, meanwhile, have failed to win a single major title since Pirlo’s departure.

“I was already following Arturo Vidal at Under-17 level,” Paratici said in 2020. “I watched him at the Under-17 World Cup and the semifinal was Argentina against Chile. The game ended eight against eight and in the underpass they arrested all the players.”

Paratici continued to track Vidal’s progress and Juventus then bought him from Bayer Leverkusen for £9million in the summer of 2011.

The all-action midfielder became one of the first names on the team-sheet, scoring 48 goals and providing 25 assists during his four years at the club.

He later had spells at Bayern Munich and Barcelona before returning to Italy with Inter Milan in 2020.

After Pogba grew frustrated at his lack of first-team opportunities at Manchester United, Paratici managed to take advantage of the situation.

He helped persuade the then-19-year-old to leave United at the end of his contract in 2012, meaning Juventus only had to pay a small compensation fee to secure his services.

Pogba established himself as one of the best midfielders in the world during his time in Turin, winning four consecutive Serie A titles and two Coppa Italias.

Juventus were then able to make a huge profit on the France international, selling him back to United for a then-world-record £89million in 2016.

There's a reason why Juventus want Paul Pogba back 😱pic.twitter.com/59E276Klay

While Kyle Lafferty was undoubtedly Palermo’s standout performer in the 2013-14 season, Paratici was drawn to one of their other forwards.

Juventus eventually completed a deal to sign Dybala in 2015, agreeing to pay an initial £23.4million for a player with just 16 Serie A goals to his name.

“Dybala was one of the riskiest signings of my career, he was very young,” Paratici later admitted.

But the Argentina international has been worth every penny, scoring 100 goals in 254 appearances in all competitions for the Bianconeri.

He was heavily linked with a move to Tottenham in 2019 and Paratici could look to sign him for a second time this summer.