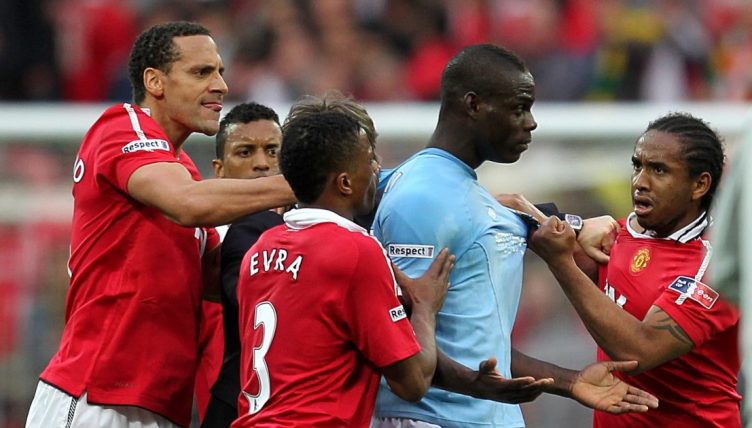 FA Cup semi-final weekend used to be one of the highlights of the domestic season.

This may not be quite the case nowadays, but the sense of occasion still lends itself to some enthralling football matches, whether that be between two of the country’s elite teams or involving clubs enjoying their moment in the Wembley spotlight.

Chelsea were in the middle of their Jose Mourinho-inspired imperial phrase, but Liverpool often had their number in cup competitions.

After emerging victorious in the previous season’s Champions League semi-final, Rafa Benitez masterminded another success in April 2006 at Old Trafford.

Didier Drogba had already missed two guilt-edged chances before a clever free-kick from John Arne Riise put Liverpool ahead. Their lead was doubled when Luis Garcia, scorer of the infamous ‘Ghost Goal’, executed a brilliant half-volley over a stranded Carlo Cudicini.

Drogba halved the deficit with 20 minutes to go and Chelsea battered the Liverpool goal for the remainder of the game. But Joe Cole missed a wonderful chance to force extra time and Liverpool survived.

The following month, the Reds beat West Ham in a classic cup final.

Before the Abu Dhabi takeover, Manchester City supporters had to endure years of envy as their close neighbours stockpiled trophies. United fans even had a banner dedicated to City’s title drought at Old Trafford.

The provocative piece of cloth showed 35 years when the two teams were drawn together in the 2011 FA Cup semi-final. City were starting to get their act together under Roberto Mancini with a team containing Vincent Kompany, David Silva and Mario Balotelli.

But it was another big-money signing that cemented himself in City folklore. Following a goalless first-half, errors from Edwin van der Sar and Michael Carrick conspired to give Yaya Toure possession close to goal.

Holding off a desperate challenge from Nemanja Vidic, Toure scored City’s winner. The Ivorian did the same against Stoke in the final and that banner was permanently removed.

Balotelli later started a post-match scrap after brandishing his badge at the United fans. Glorious.

Ten years to the day since Balotelli gave zero fucks at Wembley pic.twitter.com/ntRPyrzyf5

Sometimes appearances can be deceptive. You could be forgiven for thinking a match-up between Steve Bruce and Nigel Clough-led sides would be especially dour, but this 2014 encounter turned into a goal-fest.

Sheffield United were stuck in League One limbo but took the game to their Premier League opponents and deservedly led 2-1 at half-time.

Hull were in dire need of inspiration. As if commanded by Bruce himself, the Wembley PA announcer obliged and blasted out Survivor’s ‘Eye of the Tiger’ over the loudspeakers.

Both teams traded goals before David Meyler confirmed Hull’s passage to their first-ever FA Cup final with a composed finish in injury time.

They even went 2-0 up against Arsenal a month later. Despite having an extremely public nervous breakdown, Arsene Wenger’s team rallied to win 3-2 in extra-time. Hull were relegated the following season.

The game that broke Jermaine Jenas was one of those rare matches in which two quality teams dispense with caution and attack each other.

Premier League leaders Chelsea rested Eden Hazard and Diego Costa but led 2-1 at half-time thanks to Willian’s double. But Spurs were at their peak under Mauricio Pochettino and conjured a brilliant equaliser soon after the restart.

Christian Eriksen curled a majestic long-range pass towards the Chelsea box and into the path of Dele Alli. His reputation may have diminished, but Alli at his peak was an expert at finding space and connected with the pass first-time to draw Spurs level.

Chelsea bought on their Belgian trump card who turned the game. It was Hazard’s fizzing shot that put Chelsea back ahead and his driving run created the space for Nemanja Matic to score one of the great Wembley goals.

The ‘big six’ tend to dominate the semi-final line-up these days, creating a sense of deja vu about England’s premier cup competition.

This 2019 thriller was different. Watford and Wolves relished the significance of the occasion, with both sets of supporters creating a carnival atmosphere at Wembley. The players contributed to an epic clash, enhanced by the rare opportunity to play in a cup final.

Wolves had the edge for long periods. Goals from Matt Doherty and Raul Jiminez, the latter celebrating by donning a wrestling mask, put them on the brink of their first Cup final since 1960.

They reckoned without Gerard Deulofeu. His introduction as a substitute was the catalyst for Watford’s comeback, starting with his aesthetically pleasing curler. The technique on the strike was enough to take your breath away,

Sensing blood, Watford attacked. All their efforts seemed in vain until Troy Deeney won a late, late penalty. Demonstrating the ‘cojones’ he’s always banging on about, the Watford captain hammered the spot-kick home.

Watford won in extra-time and progressed to the final against Manchester City. The less said about that the better.