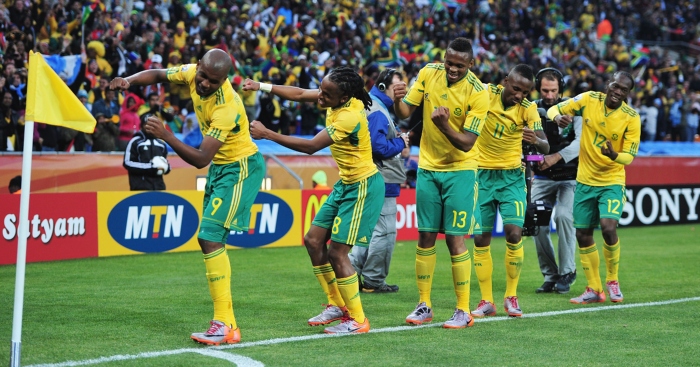 While it’s fair to say that the majority of the World Cup’s greatest games have not included opening matches, there has been a few which will live long in the memory.

Russia opening this summer’s tournament against Saudi Arabia may not exactly whet the appetite, but the first fixtures at past tournaments have produced a number of surprises.

We’ve looked back at five of the best matches to kickstart a World Cup finals.

France were the world champions, having lifted the trophy in glorious fashion four years earlier on home turf. Senegal, in contrast, were the African minnows who were appearing at their first World Cup.

It should, then, have been a routine win for a France side which contained such stellar names as Thierry Henry, David Trezeguet and Zinedine Zidane, et al.

Senegal upstaged their former colonialists thanks to a 30th-minute goal from future Portsmouth and Fulham midfielder Papa Bouba Diop, who turned in future Liverpool flop El Hadji Diouf’s cross into the net following a mix-up between Fabien Barthez and Emmanuel Petit.

The majority of Senegal’s team played their club football in France – making their astounding victory taste that little bit sweeter. And their coach, Bruno Metsu, was a Frenchman too.

France failed to qualify from the group stage, taking only one point from their three games, while Senegal quickly became the neutrals’ favourites and reached the quarter-finals, where they lost in extra-time to Turkey. 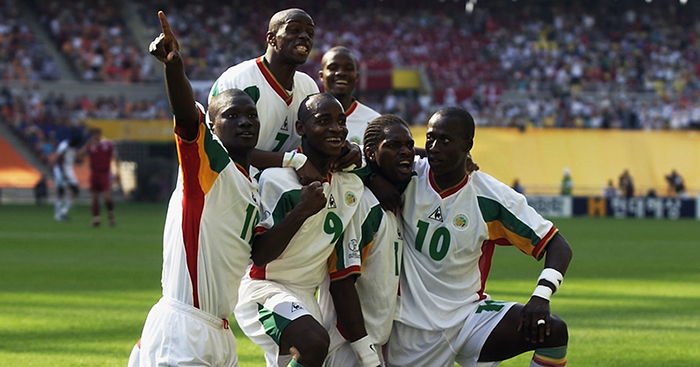 READ: A forensic analysis of Salif Diao’s wonderful goal at the 2002 World Cup

Diana Ross’s less than supreme penalty during the USA 94 opening ceremony in Michigan saw her put the ball at least 10-yards wide. She should have kicked it into the open net, which would then split in two under the ‘power’ of the strike.

Even more bizarre was the fact that there was no actual game in Michigan following the opening shenanigans – instead the action moved to Chicago’s Soldier Field, where holders Germany took on World Cup debutants Bolivia.

And while the USA were intent on bringing glitz and glamour to the World Cup, it was Jurgen Klinsmann who maintained the competition’s status quo, scoring on the hour mark what turned out to be the winner.

Amazingly, Italy’s Roberto Baggio took an even worse penalty than Ross in the final when he ballooned the ball over the crossbar to hand the trophy to Brazil. 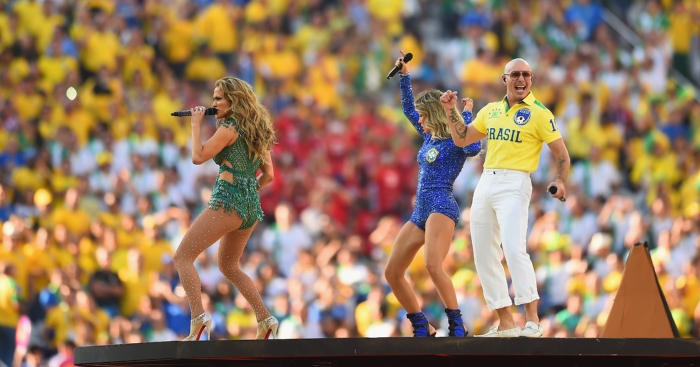 READ: Ranking every WC opening ceremony since 1966: The good, the bad & the ugly

Scotland had performed on the biggest stage before, in memorable fashion at the 1982 World Cup and less so in 1978, despite manager Ally MacLeod’s proclamations that they were ready to win the thing.

Cesar Sampaio had given Brazil the lead in the fifth minute, but Scotland equalised through John Collins’ 38th-minute penalty. Craig Brown’s boys were holding on and heading for a 1-1 draw, which would have been a fantastic result.

But there were just 14 minutes until full-time when Cafu hit one from distance and Jim Leighton pushed the ball towards his left – striking Tom Boyd on the chest and diverted past his team-mate.

Sadly, it set the tone for Scotland and they failed to make it out of the group, collecting just one point.

Brazil meanwhile, reached the final against hosts France, where Ronaldo wasn’t – and then was – named in their starting line-up. But that’s another story. 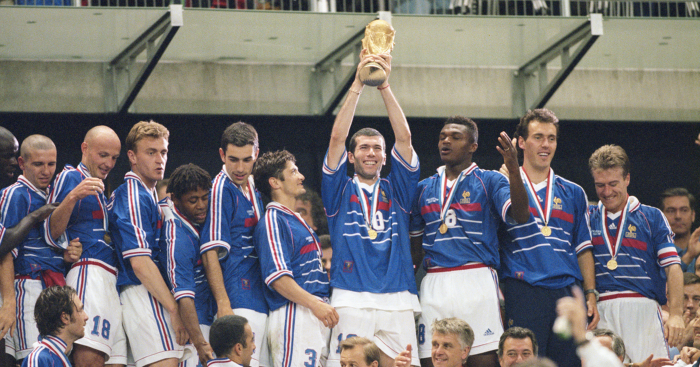 READ: A definitive ranking of every World Cup since 1990 from worst to best

That a World Cup took place in South Africa, where apartheid had only ended less than 20 years previously, was truly momentous.

Soccer City in Johannesburg, hosted the opening ceremony, with Soweto – the scene of such brutality over many years against the country’s black population – holding a celebratory concert later in the day.

And it was a son of Soweto who sent the 84,000 crowd into raptures in the 55th minute. Siphiwe Tshabalala wrote his name into South African – and World Cup – folklore when he fired a thunderbolt which screamed past Mexico goalkeeper Oscar Perez.

It took a second for Tshabalala to realise what he’d done – and when he did, his ecstasy and emotion, as well as his country’s, were palpable.

Sadly for South Africa, defender Rafael Marquez levelled matters in the 80th minute to hold the hosts to a 1-1 draw.

Even sadder was that Bafana Bafana failed to qualify for the last 16 on home soil, while more irritatingly for those in the stadiums – and in front of the TV – was the constant buzz made by those blooming vuvuzelas.

Giants Argentina were odds-on favourites to swat aside Cameroon when the two sides met in Milan to kick off Italia 90. The Africans’ only previous appearance at the World Cup had been eight years earlier, while Argentina had won the whole thing four years previous.

Led by Diego Maradona, at the time the greatest player on the planet, the star-studded Argentines were subjected to a number of crunching challenges.

Cameroon had Andre Kana-Biyik sent off on the hour mark after a brutal tackle on Claudio Caniggia before they took the lead seven minutes later when Francois Omam-Biyik rose to head the ball past Nery Pumpido.

It was a goal which reverberated around the world and, arguably, put sub-Saharan football on the map. Cameroon won 1-0, despite also having Benjamin Massing sent off after a horrendous foul on Caniggia, which ended with the Argentine’s boot flying from his foot.

But, boosted by the goals – and celebrations – of Roger Milla, the 38-year-old who had been playing on the Indian Ocean island of Reunion, Cameroon captured the hearts of fans around the world.

They were eventually knocked out by England in the quarter-final, while Argentina made it to the final where they lost 1-0 to West Germany in a drab encounter – certainly compared to the opening game.