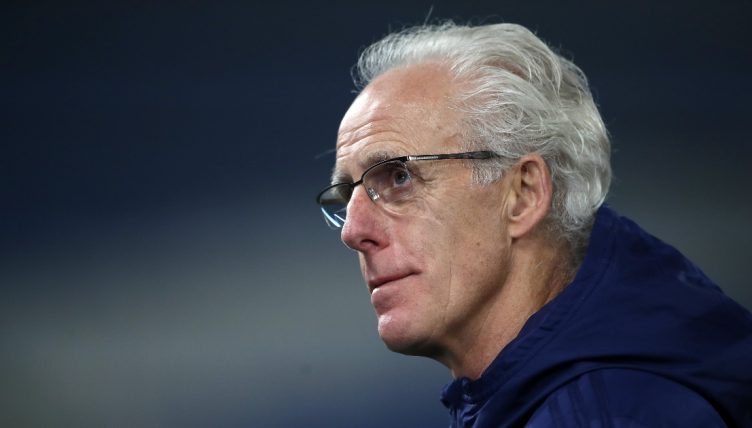 Wayne Rooney was left scratching his head on Tuesday night after his Derby County side suffered a 4-0 thrashing to Mick McCarthy’s Cardiff City, in spite of registering 72.8% possession in the Welsh capital.

McCarthy is unlikely to earn many plaudits as an innovator, with no interest in playing progressive, possession-focused football, but the stats show his old-school style can still bring successful results.

The former Republic of Ireland boss remains unbeaten at Cardiff, with seven wins from 10 games so far, and he’s showing you can be brutally effective without seeing much of the ball. Here are five standout stats from the win over Derby.

– Derby goalkeeper Kelle Roos registered 79 touches, 21 more than any Cardiff player, and completed 61 passes – nearly twice as many as the most prolific Bluebirds passer, Will Vaulks, with 32. His opposite number Dillon Phillips completed just six passes.

– Despite completing more than three times as many passes as the hosts, registering 72.8% possession, Derby were outshot 14 to seven. While Cardiff managed 11 shots on target, Rooney’s men managed just one.

"Maybe those experienced guys do know something" 👀

– Derby centre-forward Lee Gregory played all 90 minutes but registered just 21 touches – just 2.5% of Derby’s on the night. In contrast, Cardiff’s striker Kieffer Moore had 44 touches, 10.9% of the hosts’ total tally.