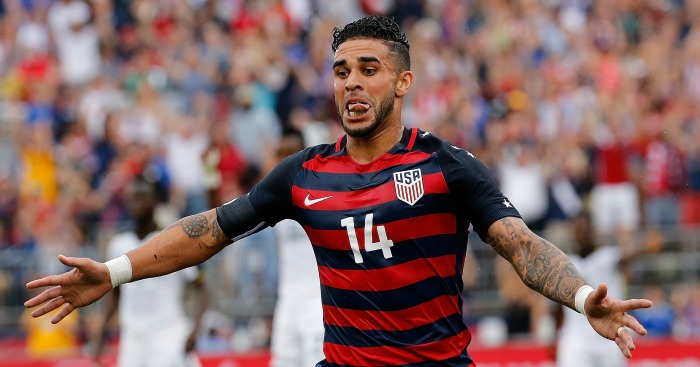 Kaka, Bastian Schweinsteiger and David Villa will be among the high-profile players on show for MLS All-Stars against Real Madrid on Wednesday – but there are some lesser-known gems too.

The 22nd MLS All-Star game on Wednesday sees America’s finest take on the European champions and is a testament to how far the league has developed in the past decade – opponents in the mid-2000s were somewhat less prestigious and included Fulham, West Ham and Everton.

Now the All-Stars will be going head-to-head with the likes of Gareth Bale, Karim Benzema and Cristiano Ronaldo at the Chicago Bears’ 61,000-seater Soldier Field.

While much of the pre-match buildup is likely to focus on Kaka and his disappointing spell at Real, here are five other MLS All-Stars to look out for.

Last summer, Schweinsteiger was being hung out to dry by Jose Mourinho, frozen out of the first team and forced to train with the Manchester United Under-23s. One year on, the former German International is excelling at Chicago Fire and will captain the All-Stars in his new hometown on Wednesday night.

The Fire, who were recently labelled the best team in Chicago sports, are having a great season so far and are second behind Toronto FC in the Eastern Conference. Schweinsteiger has played a key part in their success, chipping in with two goals and five assists.

Fittingly, the Fire are also the most-represented club in the All-Star Game, and Schweinsteiger will be hoping he can ignite some of this season’s chemistry with his team-mates Dax McCarty, Nemanja Nikolic and Johan Kappelhof.

READ: Bastian Schweinsteiger and 11 other legends who came to the Premier League too late

Since the birth of NYCFC in 2015, David Villa has been the star of the show. The club’s first ever captain and leading goalscorer will be playing in his third All-Star game this week. Villa has good form in the fixture and scored the decisive goal against Tottenham in the 2015 game.

Real Madrid will be a familiar foe for Villa from his days in Spain and particularly his time at Barcelona. Villa scored a brace in his first El Clasico, the infamous game of November 2010 which Barcelona won 5-0 against a Real starting XI that cost €292million.

At 35, the Spanish veteran is still enjoying some of his best football. He has 14 goals in 21 games for NYCFC this season and will be hoping to add to that tally in next weekend’s Hudson River Derby against New York Red Bulls.

David Villa is busy scoring another ridiculous goal in the #MLS ?

Now in his third season at Toronto, Giovinco continues to be one of the most exciting players to watch in the League. Like Villa, the former MVP is appearing in his third All-Star game.

He scored his 49th and 50th MLS goals on Sunday night in Toronto’s 4-0 win against NYCFC, the second a sumptuous free kick into the top corner. He has now scored the most free kicks in MLS history, with 10 to his name.

However, Giovinco’s overseas success has come at a cost – his place in the Italian National Team. Antonio Conte was adamant that he would not pick players for Euro 2016 who played in MLS.

“It’s normal that if you choose to go and play there then you can pay the consequences in footballing terms,” Conte said of Giovinco and compatriot Andrea Pirlo on their MLS moves.

Atlanta’s Paraguayan No.10 has been the standout player in their debut season in MLS. Miguel Almiron was once linked with a move to Arsenal and if he continues on his current trajectory, the MLS could well be his stepping stone to playing in Europe.

The playmaker has thrived under the management of former Barcelona coach Tata Martino, with eight goals and nine assists in 19 starts this year, and he’s struck up a strong connection with fellow South American and top goalscorer Josef Martínez of Venezuela. The pair are helping to draw crowds of over 40,000 to Atlanta’s Bobby Dodd Stadium every home game.

He is also a man for all seasons. His performance in the snow away at Minnesota was one of this season’s most accomplished displays, as Almiron scored two and assisted another in a 6-1 victory to Atlanta. 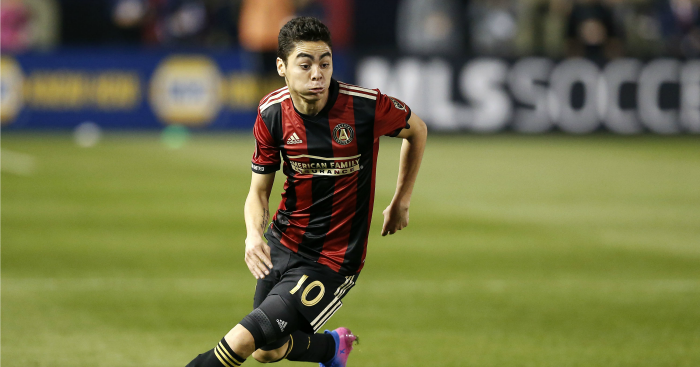 READ: Miguel Almiron: Wanted by Arsenal but thriving in the MLS for Atlanta United

English-born striker Dom Dwyer completed a blockbuster move to Orlando last week from Sporting Kansas City in the biggest deal in MLS history. Dwyer received a hero’s welcome when he touched down at Orlando Airport in scenes reminiscent of Darius Vassell’s arrival in Turkey.

Orlando fans have reason to be excited. Some will remember him fondly from his loan spell in 2013, when Orlando were still in the United Soccer League, and Dwyer scored an impressive 15 goals in 13 games.

Four years on and Dwyer is a Green Card-holder and made his US National Team debut in July, scoring the opener against Ghana. With International team-mate Jozy Altidore also in the side, it could be the first opportunity to see how these two strikers operate together up front.