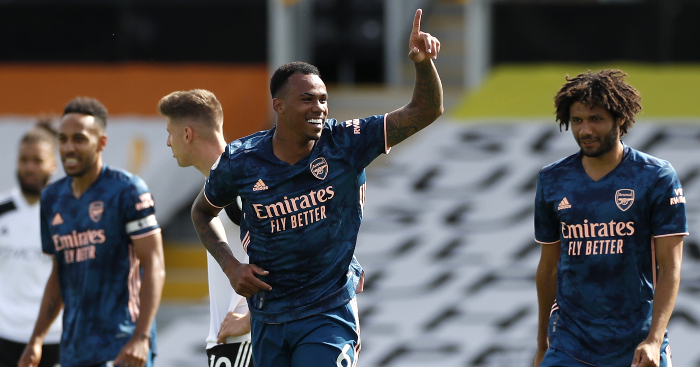 The opening weekend of the 2020-21 Premier League season featured a number of players that immediately looked right at home in their new surroundings.

Willian got off to a flying start at Arsenal with a hat-trick of assists against Fulham, Jeff Hendrick and Callum Wilson got on the scoresheet for Newcastle against West Ham, and Leeds United didn’t looked fazed by the step up as they went toe-to-toe against Liverpool at Anfield.

It’s early days, but there were also plenty of newcomers that look like they’ll offer a lot in the Premier League this season. Here’s five in particular that caught our eye.

There were a number of eye-catching Premier League debutants in Leeds’ 4-3 defeat to Liverpool, not least Kalvin Phillips, fresh from his England debut, or Jack Harrison turning Trent Alexander-Arnold inside-out before smashing the ball past Alisson, but Klich deserves special mention.

Few players in Marcelo Bielsa’s Championship-winning squad are as finely tuned to the demands of the meticulous tactician as the Poland international.

He started 92 consecutive Championship games before finally being rewarded with a rest on the bench after promotion had been secured last term as a visibly hungover Leeds visited Pride Park.

Having not given a Naby Keita a moment’s rest as Leeds aggressively pressed Liverpool man-to-man, he showed what he can do with the ball when he scored the visitors’ third equaliser, latching onto Helder Costa’s through-ball with a perfect first touch before finishing on the volley. Magic.

It’s worth taking Arsenal’s 3-0 win at Fulham with a pinch of salt given how little they were tested, but new recruit Gabriel helped make it the stroll in the park it was.

The £27million signing from Lille looks a considerable physical presence at both ends, shutting out Fulham completely in Arsenal’s penalty area and heading in a corner at the other.

He also looked totally unruffled as Scott Parker unleashed Aleksandar Mitrovic on the hour mark. A centre-half who can handle himself is what Gunners fans have been crying out for for years – this was a more than promising start.

Everton’s most exciting signing in god knows how long, watching his ‘Up The Toffees’ video still doesn’t feel quite real. But after warming Real Madrid’s bench last year, there was a slight fear he’d be a luxury addition, unable to recapture his finest form in Merseyside – at least not right away.

Fellow new boy Allan was arguably more vital for Everton as they set the tempo and helped establish control at Tottenham, their 1-0 the first away win against a big six side since 2013, but it was Rodriguez who dazzled.

Looking no different to the player who made the 2014 World Cup his own, he was voted man of the match and caused Spurs’ backline serious issues. He created five chances, the most of any Everton player in one match since August 2018.

Leicester weren’t especially active in the transfer market this summer, which could be a bit of a concern considering how badly they tailed off last term.

But they’ve added one bit of quality, with Belgian international Castagne coming in at right-back, having impressed at Gian Piero Gasperini’s wildly overachieving Atalanta side in recent years.

Brendan Rodgers’ Foxes looked a little flat in the first half at newly-promoted West Brom, but Castagne gave them the shot in the arm they needed when he drifted into the six-yard box, decisively getting onto the end of Dennis Praet’s cross.

Roy Hodgson electing to use Jeffrey Schlupp ahead of the summer’s marquee signing Eze against Southampton on Saturday was quite the disappointment for any fans of wildly prodigious talent, skill, or just fun in general.

The 73-year-old is evidently being cautious with Eze and looking to bed him in slowly, but if his 10-minute second-half cameo was anything to go by, it’s only a matter of time before he’ll be starting regularly.

One moment in particular saw Saints right-back Kyle Walker-Peters struggle to keep up with Eze’s footwork, doing his best Jerome Boateng impression as his legs got in a tangle and he fell to the floor.

It's going to be fun having Ebere Eze in the Premier League 😎 pic.twitter.com/TzAAzvBSuK