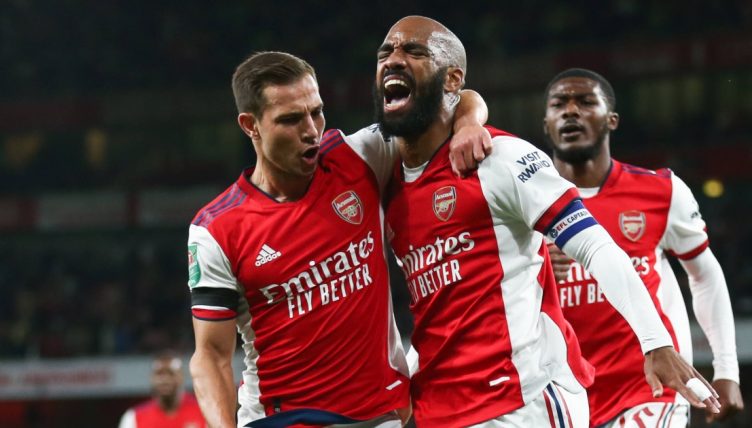 Arsenal invested heavily on new signings during the summer transfer window but some of their players face an uncertain future at the club.

From Aaron Ramsey to Santi Cazorla and Mesut Ozil, Arsenal have lost quite a few big-name players on a free transfer in recent years.

We’ve taken a look at the five Arsenal players who currently have less than a year left on their contract.

Lacazette was signed for a then club-record £46.5million in the summer of 2017 but has struggled to recapture the kind of form that made him so prolific at Lyon.

The France international has still scored a respectable 67 goals in 173 games for the Gunners and won their Player of the Season award in 2018-19.

But his feats have been somewhat overshadowed by team-mate Pierre-Emerick Aubameyang, who has scored 90 goals in 154 appearances.

The striker was linked with a move away during the summer transfer window and has played just 31 minutes of their first six Premier League matches this campaign.

According to ESPN, he is yet to be offered a new deal and Atletico Madrid, Juventus, AC Milan and Sevilla are among the clubs who are monitoring the situation.

“We discuss that internally, we discuss that with him,” Mikel Arteta said when asked about Lacazette’s future. “It’s a long season ahead of us anything can happen everything is open.

“He just needs to focus on performing and contributing to the team like he always does. He’s a phenomenal character, he’s somebody that’s always pushing and he has a real interest to help the team. That’s not going to change. After we will see what happens.”

Despite being remarkably prolific in front of goal at various youth levels for England, Nketiah has struggled to secure a regular first-team place at the Emirates.

The striker has been usurped by the likes of Gabriel Martinelli and Folarin Balogun, starting just four Premier League games since the start of 2020-21.

“It has been difficult. I have not played as much as I would have liked,” Nketiah said earlier this year. “I have worked hard and stayed dedicated and that has added to the frustration.

“It is a part of football but one that you don’t want to be involved in. I believe in my ability so obviously, I think I am capable of playing and helping the team.

“It is frustrating not playing but you have to channel that frustration in a good way, use your time wisely to work hard and prepare for when that opportunity arises.”

Patrick Vieira’s Crystal Palace were linked with Nketiah in the summer but refused to pay Arsenal’s £15million asking price and signed Odsonne Edouard instead.

He has reportedly refused to sign a new contract and may have to leave Arsenal to kickstart his career, with Aston Villa, Brentford and Leeds vying for his signature.

What a goal by Nketiahpic.twitter.com/9wAtfeI4MI

After coming through the ranks at Southampton, Chambers moved to Arsenal for just under £20million in 2014 and was tipped for a bright future.

Things have not developed as expected since, as injury problems and inconsistencies have hampered his progress at the Emirates.

He is now struggling to break up the Ben White and Gabriel centre-back partnership, while Takehiro Tomiyasu has quickly cemented himself as Arsenal’s first-choice right-back.

The Gunners actually have an option to extend Chambers’ contract by an extra year but are yet to make a decision on his future.

Signed from Basel in January 2016, Elneny made 89 appearances in three-and-a-half years at Arsenal before being deemed surplus to requirements by Unai Emery.

The Egypt international spent 2019-20 on loan at Besiktas and few expected him to return to Arsenal but was brought back into the first-team fold by Arteta.

He has enjoyed a revival under Arteta and made 41 appearances for the Gunners in 2020-21, including a brilliant performance in their 1-0 win at Manchester United.

According to Sky Sports, Turkish side Galatasaray made a late bid for the midfielder in the summer but saw their approach rejected by Arsenal.

But he’s yet to sign a new deal with the club and could struggle for regular playing time following the recent arrivals of Albert Sambi Lokonga and Martin Odegaard.

Whatever happens, he’ll always have that goal against Barcelona.

The defender has fallen down the pecking order following the arrival of Kieran Tierney in 2019 and spent the second half of the 2020-21 campaign on loan at Schalke.

He was then expected to join up with his close friend and former Arsenal team-mate Mesut Ozil at Fenerbahce but the deal reportedly collapsed due to his wage demands.

The Bosnia and Herzegovina international is currently Arsenal’s third-choice left-back behind Tierney and Nuno Tavares and has started just one Premier League game this season, playing as a centre-back in a 5-0 defeat to Manchester City.