Six players who got suspiciously suspended for Christmas 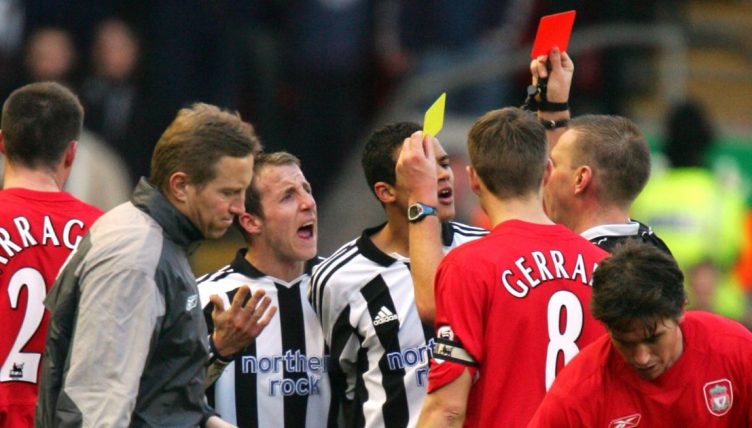 There are always suggestions around December that footballers may try and get conveniently suspended – and former Arsenal, Newcastle and Liverpool men are among those to have raised eyebrows in the past.

“I’ve always found it weird that the old line about getting suspended for Boxing Day and New Year’s games so that you can enjoy yourself gets trotted out every year,” former Sunderland goalkeeper David Preece wrote for The Non-League Paper in 2016. “That fact that it’s even a thing just baffles me, but it does happen.

“Everyone jokes about pulling and injury or getting that yellow card that activates a ban. I’ve actually played with lads who are so specific about it, they have gone out of their way to ask the club secretary the possible permutations should certain ‘incidents’ happen – just out of interest of course.”

And former referee Howard Webb told BT Sport in 2016: “A couple of times around about Christmas time in the Premier League players will want the time off. They will say a yellow card might suit my purpose. It’s not what fans want to hear really.”

We’ve taken a look back at six players who were alleged to have picked up conveniently-timed bans. We’re obviously not suggesting they actually did, it’s all just a coincidence of course.

Nothing surprises us with Parlour anymore, but it was particularly poor form to see the ex-England international grassed up by his former Arsenal team-mate Martin Keown.

“I remember Ray Parlour being on four yellow cards and trying to get a booking against Newcastle in December 2001 to take him over the yellow-card limit,” Keown told the Daily Mail in 2016.

“He ended up getting two yellow cards and was sent off which he wasn’t trying to do!”

It didn’t work out: the Gunners conceded two late goals as they were beaten 3-1 by Newcastle. 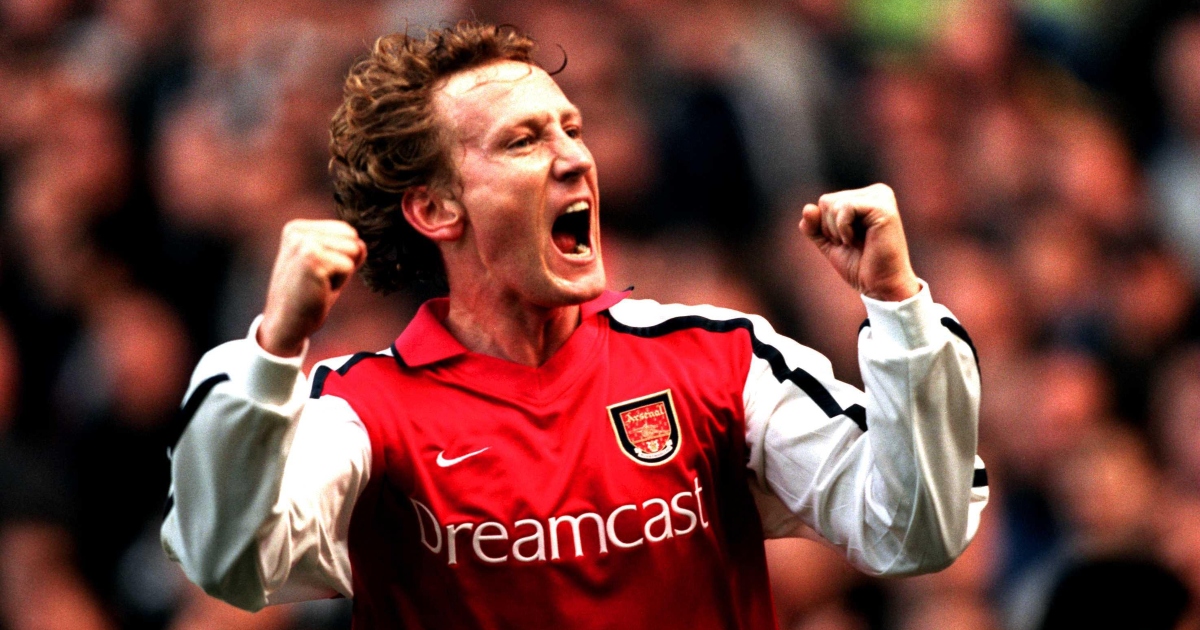 Nolan aroused suspicions in 2013 by picking up a suspension in December for the fifth season in a row.

All but the first ban, which came at the start of the month, happened just in time for the Christmas and New Year period, featuring two similar straight red cards for stamps on Nikola Zigic and Jordan Henderson.

Speaking at a West Ham fans forum in 2013, however, Nolan refuted the suggestion the offences were deliberate.

“I’ll be working hard on the training ground,” he said. “I’m certainly not getting away with it. I’ll be in on Wednesday while all the other lads are off.”

The midfielder went as far as cancelling the Hammers’ Christmas party, proving once and for all that guilty feet have got no rhythm.

Lynch has been terribly unlucky with either injury or suspension at this time of year. In fact, you have to go back to the 2007-08 season with then-League One Brighton to find his last uninterrupted December.

The following year, Lynch was subbed off at half-time of Nottingham Forest’s 4-2 defeat to Doncaster on Boxing Day 2008, and a pattern began to emerge.

To be fair to the defender, he missed QPR’s trip to former club Nottingham Forest in 2018-19 in their final fixture before Christmas but did return for Boxing Day.

In 2019-20, Lynch was given a break before Christmas as Sunderland were due to face Bury, who by that point had been expelled from the Football League.

Having been on the bench for the previous two fixtures, he was then left out of the squad entirely for the Boxing Day draw with Bolton – only to then return to the starting XI three days later for a win at Doncaster.

In 2021-22, Lynch is on a contract with Crawley that runs out on January 3rd. We imagine he’ll be trying his hardest to earn an extension.

The champion of missing Christmas fixtures is one Mr Joel Lynch, as recorded by @LoftforWords. Likes a bit of time off in Dubai does Joel pic.twitter.com/k10Q6U9fGB

Much like Parlour, nothing surprises us with Ruddock. And Razor was certainly one to enjoy the Yuletide spirit, most notably at his various clubs’ Christmas parties – so much so he got arrested during one festive outing with his West Ham team-mates.

“Looking back, it was madness. They always used to turn into two days,” he told the Mirror this year.

And so it was probably for the best that he often found himself banned over the Christmas period.

“In 14 years of playing in the top flight, I was suspended six times over Christmas,” he said. “People used to say that I got sent off on purpose, but you just want to play football – especially at that level.

“If I get sent off and the team wins, I am not getting back in that team. If the team won, nothing changed. You don’t change the systems. If a team changes system, it’s a sign of weakness.”

Lee Bowyer missed 8 games on Boxing Day during his career 👀

Okay, so this isn’t Christmas, but one of the stories of 2018 came courtesy of suggestions that Paredes got deliberately sent off for Zenit Saint Petersburg in order to attend the Copa Libertadores final between his former club Boca Juniors and River Plate – allegations he swiftly denied.

“I was going to arrive on Sunday in Argentina, but as we played on Thursday for the Europa League in France, they proposed that I not return to Russia and travel directly from there on Friday,” he told Fox Sports Argentina.

“It’s all a lie. Nothing happened here. It’s something that was invented in Argentina. I didn’t earn a red card on purpose, I would never do something like that.

“When I heard that this was being talked about, I talked with Zenit sporting director and he told me that they trust me.”

In all fairness, when we heard the second leg was going to be held in Madrid, we were going to pull a sicky if we could manage to get a ticket.