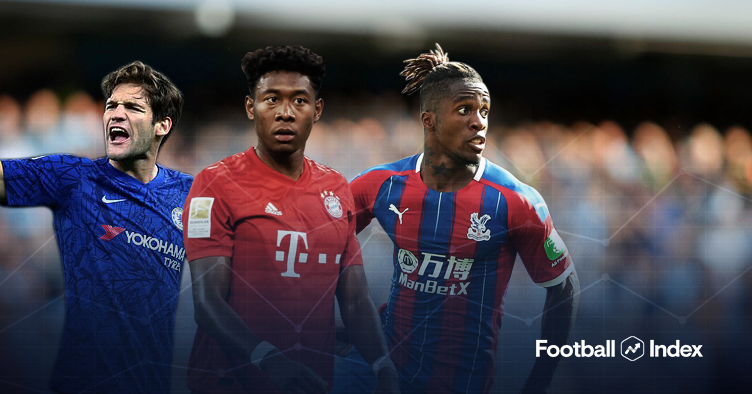 There are lots of reasons why a player’s value might rise on Football Index – but the gossip and eventual done deals in the transfer window this month are sure to be a big factor.

Football Index is the world’s first football stock market and provides you with a genuine opportunity to make money from your football knowledge.

If, for example, going into the January transfer window last year you’d bought shares in Facundo Ferreyra on the basis that he was a good player not getting much game-time for Benfica and so likely to move on, you’d have been handsomely rewarded when he moved to Espanyol in La Liga at the end of the month.

The Argentine saw his price on Football Index go from just £0.16 at the start of January to £0.61 by the end of it, a modest absolute rise of 45p per share but a percentage rise of 281%. And simply from having a good knowledge of European football.

Closer to home and more recently, if you’d spotted Takumi Minamino‘s potential playing for Red Bull Salzburg and decided to buy shares in him, you’d have been jumping for joy when his transfer to Liverpool was announced in December.

The Japan attacker saw his value climb from £0.83 to £2.10 just in the space of that month, a remarkable rise of just over 153% and more than any other player on Football Index. It’s the sort of return we convince ourselves we’re going to get but never do but when placing an accumulator. 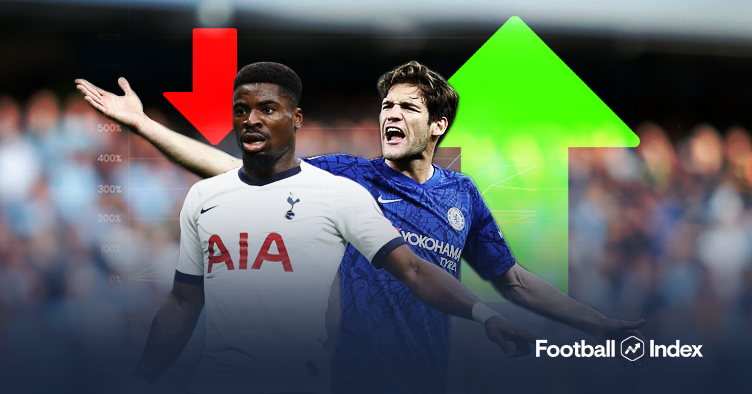 READ: The Premier League players whose values changed most on Football Index in Dec

It isn’t just transfers to the very biggest leagues that can generate good returns either. Mehdi Taremi, for example, was priced at just £0.09 on June 1, 2019, but a move to Portuguese Primeira Liga side Rio Ave meant his value was up to £0.30 by the end of September.

Nor do transfers actually have to be completed for players’ prices to go up: Jadon Sancho may not have ended up leaving Borussia Dortmund last summer, but all the speculation that he might do – with several Premier League clubs linked – saw his price increase by £1.72 between the start of June and end of September, the fourth most of any player on Football Index.

With all that in mind, here are five players you might want to consider buying shares in asap before the transfer window really kicks into gear.

Zaha has been consistently tipped for a move back to a big Premier League club for a couple of years now, and the rumours are unlikely to go away any time soon after he hired Pini Zahavi, the so-called super-agent.

Zahavi has a good relationship with Chelsea and is close to Roman Abramovich, fuelling speculation Zaha could be on his way to Stamford Bridge, albeit he will not officially link up with Zahavi until the summer.

Even if Zaha doesn’t leave Palace this month, anyone owning shares in the 27-year-old, currently available to buy at £2.41, should benefit from media dividends off the back of the speculation, and then – if he does move – better matchday dividend returns given he should be playing around higher quality players.

With Liverpool, Manchester City and Barcelona linked with Adama already this month, the winger’s current valuation of £2.63 is likely to rise should those rumours continue.

Even if he doesn’t leave Wolves this month, it seems likely the one-time Barca youth prospect will end up back at an elite club at some point, making him a great buy for both the short-term and long-term.

Cavani, currently available to buy at £0.85 per share, has been banging them in for fun at Paris Saint-Germain since 2013, but he is out of contract at the end of the season and seemingly has no intention of signing a new one.

It has been widely reported he will sign a pre-contract agreement with Atletico Madrid to move to Spain this summer, but more exciting for Football Index traders are the rumours that Manchester United and Chelsea would like to sign him, possibly even this month.

His value could skyrocket if that happens, though it is worth pointing out Cavani looks certain to be playing in a harder league once he leaves PSG and so could find it harder to return dividends for his owners.

Alaba is another player who has been linked with Chelsea, and although Bayern Munich head coach Hans-Dieter Flick insists the left-back is “not for sale in the winter”, he could still be a good buy for Football Index traders at just £0.98 at the time of writing.

Even if he remains at Bayern, Alaba provides good matchday dividends and could well be particularly productive on that front at the European Championship for Austria, for whom he tends to play a more advanced role.

From two players who could join Chelsea this month to one who may leave, Alonso has fallen well out of favour under Frank Lampard at Stamford Bridge and has been linked with a January move to Inter.

It is currently being reported that Chelsea’s valuation is proving problematic in Antonio Conte’s bid to be reunited with the Spaniard, but any move for Alaba or any other new left-back would almost certainly push Alonso out of the exit door.

Football Index traders have clearly taken notice, with Alonso seeing one of the biggest increases in valuation of all Premier League players in December.

And should the 29-year-old, currently available at £0.90 per share, start to play regularly, wherever that may be, his habit of popping up with goals and assists could prove very useful in the search for matchday dividends.