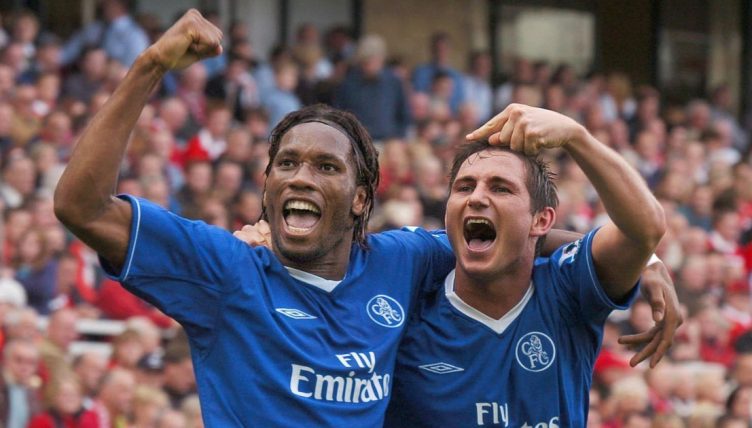 Chelsea are flying high under Thomas Tuchel, topping the Premier League table after 10 games and boasting an impressive defensive record.

The European champions have only conceded three times so far – to Liverpool, Manchester City and Southampton – and Tuchel will back his players to maintain an impregnable backline for the rest of the season.

We’ve identified the five other sides that matched Chelsea’s defensive record and found out how they fared.

As leading clubs Arsenal and Manchester United suffered fatigue from their players efforts at France 98, John Gregory’s Villa were the surprise leaders after 10 matches on the 1998-99 season.

Despite selling Dwight Yorke to United, the signings of Dion Dublin and Paul Merson revitalised their attack and a defence marshalled by Gareth Southgate ensured Villa only allowed three goals against them in the opening 10 matches.

They would lead the Premier League table up until the 20th game of the season but Arsenal, United and Chelsea eventually stormed past them as Villa’s season capitulated.

A terrible end to the season saw them slip to 6th, missing out on a European place to Harry Redknapp’s West Ham.

Jose Mourinho was approaching his zenith in 2004 and his first 10 league matches at Chelsea saw only two goals conceded – against Southampton’s James Beattie and Nicholas Anelka of Manchester City.

With newly-signed Petr Cech in goal, John Terry marshalling the defence and Ricardo Carvalho slotting in nicely alongside him, Chelsea would only let in 15 times in 38 matches as they romped to their first Premier League crown.

It remains the best defensive record in the competition’s history and Mourinho’s Chelsea went down as one of its most iconic teams.

🔹 #OnThisDay 17 years ago, @ManCity inflicted Chelsea's only defeat of the 2004/05 season 🔵 pic.twitter.com/roTEbPKhw4

The attacking trio of Rooney-Ronaldo-Tevez may have gone down in history but it was United’s defence that laid the foundations for their double-winning 2007-08 season.

After failing to win their first three league matches, including a defeat at Sven’s Manchester City, United won their next seven and had only conceded three times in their opening 10.

The efforts of Wes Brown, Nemanja Vidic, Rio Ferdinand and Patrice Evra meant United sat second behind Arsenal at the end of October and would go on to win the title on the final day of the season.

After winning the league in 2010, Chelsea started the following season in red-hot form.

West Brom were hit for six on the opening day, Wigan suffered the same fate a week later and, after 10 games, Chelsea led the way after scoring 27 goals and letting in just three.

That was as good as it got. Defeats against Liverpool, Sunderland (3-0 at home) and Birmingham soon followed and failure to win at newly-promoted Newcastle saw Chelsea replaced at the league’s summit by Manchester United.

Carlo Ancelotti’s side eventually finished second, nine points behind United, and the manager was sacked in the tunnel at Goodison Park minutes after the final game.

But Chelsea did finish the season with the joint-best defensive record, with only 33 strikes making their way past Cech.

Chelsea thrashed Wigan Athletic 6-0 at the DW Stadium in the Premier League.

City had finished the previous season as Premier League centurions but they weren’t allowed to rest on their laurels by an excellent Liverpool side.

Therefore, both teams started the 2018-19 campaign like runaway locomotives. Pep Guardiola’s side led the way after 10 matches, dropping only four points and conceding just three times – for the record, Liverpool matched City’s 26 points and let in four goals over the same period.

In one of the most intense title races in English football history, City eventually retained their title but needed 98 points to do so.