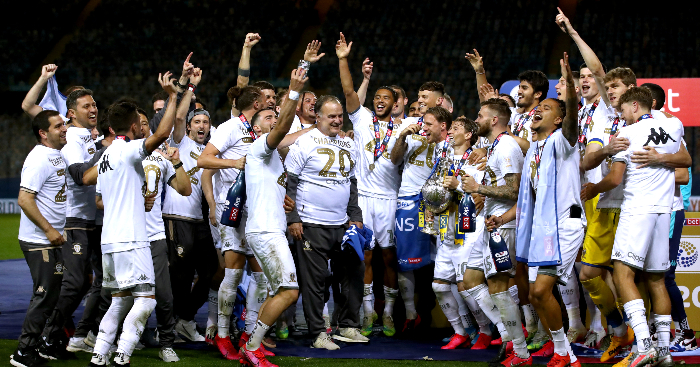 Faux-outrage was everywhere to be seen when the nominees for FIFA’s Coach of the Year were announced earlier this week, with Leeds United boss Marcelo Bielsa having not been a part of the Premier League fishbowl in the 2019-20 campaign.

Jurgen Klopp, Zinedine Zidane, Julen Lopetegui and Hansi Flick were the four others revealed to be in the running for the men’s award, but it was Bielsa’s name that caused the most angst.

Well, I am sorry angry people, but you are all wrong. Here are five reasons why the Argentinian absolutely deserves his nomination…

At a time when so many managers are praised to the hilt for their team’s successes after splashing the equivalent of a small nation’s GDP on players, Bielsa achieved his glory almost entirely through coaching.

Some responded better to it than others, but given that last weekend’s draw with Arsenal saw seven players start who also featured in his first match in charge against Stoke City back in August 2018, it is clear how impressive a coach he has been.

Current fan-favourites such as Kalvin Phillips, Liam Cooper, Stuart Dallas and Mateusz Klich, who had all struggled in the Championship under previous coaching regimes, suddenly reek of Premier League class and continue to show it on a weekly basis.

If we are awarding coaching alone, this should be enough for at least a nomination.

You get the feeling that those angered by Bielsa’s success in the second tier earning him a nomination probably haven’t watched an enormous amount of Football League action.

In the last six Championship seasons, only one team has managed to win the division by 10 points or more: Bielsa’s Leeds. Even that ludicrous Wolves team of 2017-18 fell one point short of that margin.

2019 saw Norwich win the crown by five points, whilst 2015 and 2017 saw Bournemouth and Newcastle respectively come out on top by a single point.

Arguments of the standard being low last term are flawed too. The 46-game Championship season is arguably the most intense of any league in the world.

Winning the title by 10 points is remarkable, especially when competing against sides bolstered by years of parachute payments following relegation from the top-flight.

#LepersAbroad | 4 goals. 93 points. 1 Promotion. Leeds beat Charlton on the final day of the season and Bielsa lifts his 5th career trophy. You just love to see it. pic.twitter.com/5nPwLqPtwU

I mean, did you watch Leeds play football last season? I highly doubt the second tier will see anything of similar quality for a very long time.

Prior to his arrival in England, many of us only had tales of old to go on when it came to Bielsa’s influence on the likes of Pep Guardiola and Mauricio Pochettino, but it was apparent throughout the 2018-19 season.

Many of those who months earlier had witnessed the turgid inconsistencies under Paul Heckingbottom at Elland Road could only sit in stunned silence, gawping at the quality of football on display. It initially ended in play-off heartbreak, but Bielsa’s players only seem to be getting more and more in tune with his methods now.

A suffocating press that completely debilitated an opponents’ attack (no team in England has kept more clean sheets since Bielsa’s arrival) was matched with a slick but brutal passing style play that many had doubted would be possible in England’s second tier.

Many of us neutrals incredibly jealous of what was happening in West Yorkshire (not that we would admit it). 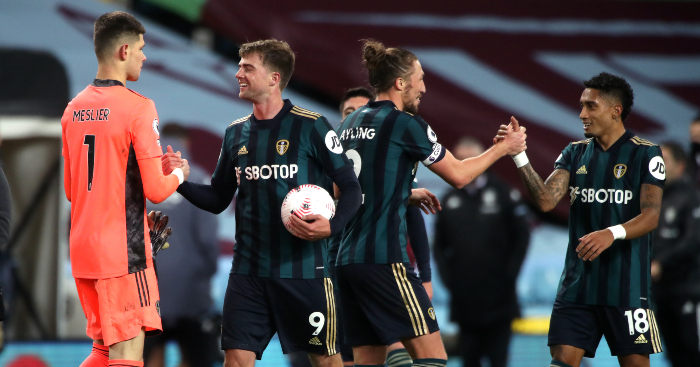 Both on and off the pitch, the Bielsa project at Elland Road has been filled with enough drama and controversy to warrant an award of its own.

The Spygate saga almost transcended the sport itself, and his excellent PowerPoint presentation alone should have won him a 2019 nomination.

Even last season we saw a ludicrous 5-4 win away to Birmingham and a 3-3 draw at home to Cardiff City.

The heartwarming celebrations inside an empty Elland Road after their promotion was confirmed epitomised the love for Bielsa among the squad, who dragged him out with rapturous chanting.

Even simple footage of him running across the field to embrace Patrick Bamford in training, or spotting him in full training gear in Morrisons, warms your heart to melting point.

Patrick Bamford's volley was so sweet he got a hug from Marcelo Bielsa. pic.twitter.com/wCJHW5nIKY

Bielsa is not somebody who sets out to antagonise. It is not something he chooses to weaponise, as the likes of Jose Mourinho have so frequently in their careers.

Since arriving in England, however, he has managed to provoke white-hot rage from many fans and pundits just by being himself. They revelled in his losses and fumed at his success.

Does he care? Does he f*ck. He’s the manager of Dirty Leeds, after all.