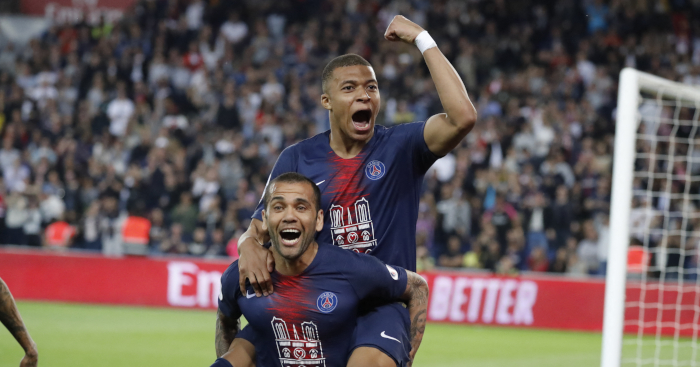 PSG have wobbled in recent weeks, losing 5-1 to Lille and 3-2 to Nantes, but were confirmed as champions after Lille drew with Toulouse.

And Mbappe kicked the celebrations into gear as his treble secured a 3-1 win against Monaco, and the forward reached a number of records in the process.

– By completing his hat-trick, Mbappe is now the first Frenchman to score 30 goals in a single Ligue 1 campaign since Jean-Pierre Papin in 1989-90.

– At the age of 20, Mbappe is the youngest player to score 30 goals in a single Ligue 1 campaign.

– In the process of scoring his first goal, Mbappe clocked a speed of 38 km/hr. In 2017, a study revealed Gareth Bale was the fastest player in the world after registering a speed of 36.9 km/hr.

Just another hat-trick for Kylian Mbappe then 😴 pic.twitter.com/hTSWNiJywj

– Mbappe has now scored three hat-tricks in Ligue 1 this season. One more than his nearest rival and team-mate Edinson Cavani.