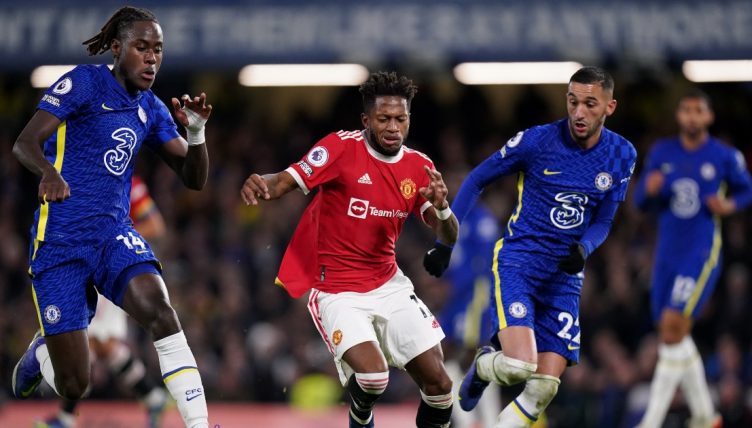 While Scott McTominay won the official Man of the Match award, Fred was arguably the standout performer from Manchester United’s 1-1 draw with Chelsea.

“It doesn’t go unnoticed to us,” Carrick told MUTV when asked about Fred’s input after the win over Villarreal. “I think he brings such an energy and such a drive and such a desire when he plays and when he trains.

“Even the other night there, he took a bad twist of the ankle in the first half and stayed on through half-time. Normally, after half-time, those type of things, when you start running again, they stiffen up a little bit but he gets through the game and actually has a major part in both our goals.”

The midfielder impressed again against Chelsea and we’ve collected five stats from his performance at Stamford Bridge.

– Fred completed 26 of his 32 attempted passes against Chelsea, recording a passing accuracy of 81.3%.

– The Brazil international is renowned for his pressing and made nine ball recoveries during his time on the pitch.

Fred under Rangnick in a proper pressing system is going to be good fun. pic.twitter.com/OYQ6YTyXDZ

– He won six of his 10 ground duels, had four interceptions and made one block against Thomas Tuchel’s side.

– Carrick appeared to take a defensive-minded approach in his first Premier League game in charge but Fred still had one successful dribble and made four passes into the final third.