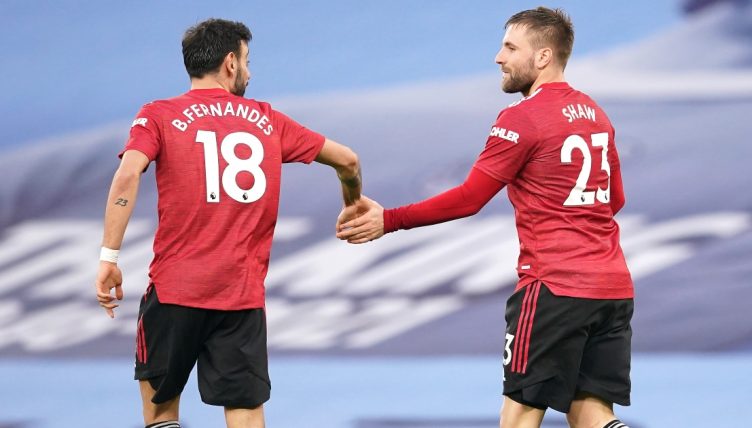 Luke Shaw is having a fantastic season for Manchester United and contributed a match-winning performance at the Etihad.

Much maligned by previous United boss Jose Mourinho, Shaw has impressed during the 2020-21 campaign with his staunch defending and increasingly efficient attacking contributions.

We’ve collected five stats from his impressive performance in the 2-0 win over City.

– Shaw made nine ball recoveries at the Etihad, helping his team stem the tide generated by waves of City pressure.

– He made two tackles and one block, ensuring United kept their fourth consecutive clean sheet in all competitions.

– The England international had 49 touches and a passing accuracy of 88%.

Luke Shaw's first goal since March 2020 has doubled United's lead at the Etihad! 🔴

– Shaw was a menace going forward. He made three crosses and also entered the opposition penalty area four times, taking three touches once there.

– His performance was capped by United’s second goal. He became the first United player to score an open play goal against the ‘big six’ in the Premier League this season.