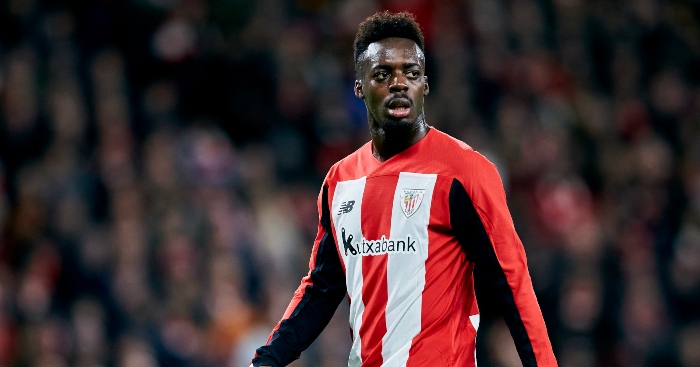 Racism is once again becoming a particularly toxic issue in football, but supporters of some clubs have shown it is possible to make a stand.

While there has been a worrying increase in the number of racist incident in recent years, fans have shown – both in the past and more recently – that they can’t all be tarnished with the same brush.

We’ve taken a closer look at five times football supporters have taken a stand against racism.

Earlier this month, Athletic Bilbao forward Inaki Williams was subjected to racist abuse from Espanyol supporters as he walked off the pitch after being substituted.

“I leave here a bit sad, because of the draw, but above all because I suffered racist abuse,” Williams said afterwards. “It’s something that no black player, or any player of any race wants to hear.

“It’s totally unacceptable: people should come to the ground to enjoy it, to support their team, to enjoy football, which is a team sport, a sport of friendship. It’s a sad day.”

Three days later, Williams was back in action in a Copa del Rey tie at Tenerife. The home fans showed their solidarity with the forward with a standing ovation in the ninth minute (to coincide with his squad number) and chants of “no to racism”.

A banner was also displayed throughout the game which read “no to racism and no to violence”, while another proclaimed “Inaki, we’re with you” in Basque.

After the match, Williams, who scored twice, tweeted: “THANK YOU TENERIFE THANK YOU. YOU ARE 10/10. I will never forget tonight, not only for myself, but for all the people who suffer from it (racism) on a daily basis. Hopefully see you soon in the top flight!”

Rayo fans made headlines after their match against Albacete in December was abandoned at half-time due to chants named at opposition striker Roman Zozulya accusing him of being a Nazi.

Zozulya joined Rayo on loan from Real Betis in 2017, but the deal was cancelled hours later after supporters turned up to training with a banner which read: “Vallecas is no place for Nazis.”

Fans had researched the Ukraine forward’s background and subsequently published a nine-page dossier explaining links they had found between the player and the far-right organisation Azov Battalion in his native homeland.

According to a BBC report, Azov is ‘run by the extremist Patriot of Ukraine organisation, which considers Jews and other minorities “sub-human” and calls for a white, Christian crusade against them, it sports three Nazi symbols on its insignia: a modified Wolf’s Hook, a black sun (or “Hakensonne”) and the title Black Corps, which was used by the Waffen SS.’

Zozulya has denied the accusations and describes his politics as simply “patriotic”. 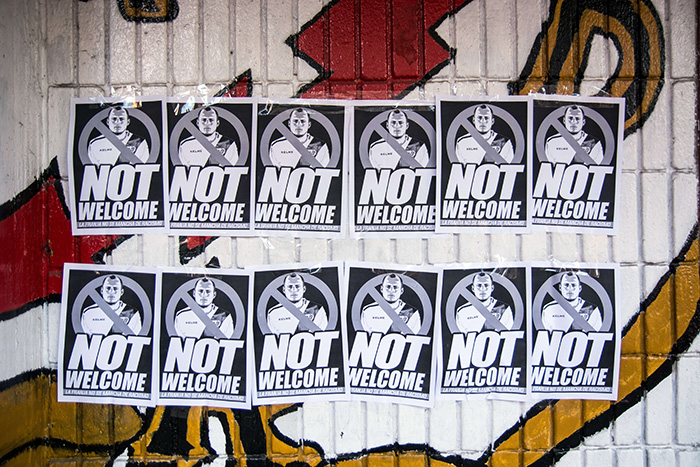 READ: The story of Rayo Vallecano, Madrid’s third team, and their fervid supporters

Brondby launched their anti-racist campaign in 2004 amid a growing number of incidents among the club’s fanbase and in Danish football as a whole.

A report in 2009 stated Brondby attract a large proportion of ‘new Danes’ who have immigrated to the country, and part of the initiative was to help integrate those new fans into a safe environment.

Racism was rife in English football during the 1980s, and the atmosphere around Leeds United and Elland Road was particularly poisonous.

The National Front sold their racist magazine, Bulldog, outside the ground, and black players were subjected to abuse from the stands.

In response to the right-wing faction of the support, a group of fans started Leeds Fans United Against Racism and Facism and began publishing the fanzine Marching Altogether.

They helped embolden like-minded fans to shout down any racist behaviour in the ground as the National Front element began to subside, which also encouraged the club to back up their work.

“We were bottom of the Second Division when we started our campaign. Wilkinson took over and four years later we’re champions of England with a multi-racial team and a really positive, rocking atmosphere.

“It’s a nice story which we’re a minor part of,” Paul Thomas, one of the group’s founding members, told us in 2017.

One of the most obvious examples for supporter activism, St Pauli have gained cult status as a football club thanks to their fan culture.

Crowdfunding projects have raised money for underprivileged members of the community, the gay pride flag has been a permanent fixture at the stadium since 2013, while the club is perhaps best known for its firm anti-fascist stance.

“It was in the 1980s when more and more alternative people, left-wing types and squatters moved to the St Pauli area,” Sven Brux, who has worked for the club for over 30 years, told Lacuna Magazine in 2018.

“They said, ‘let’s go to football’ and they decided to act inside the stadium as they did outside, so they did not accept any racism or right-wing hooliganism. It was this generation that started the opposition to fascism.”

Despite their lack of success on the pitch, their ethos has drawn fans worldwide, leading to anti-racist initiatives started in the club’s name by supporters in Glasgow, Leeds, New York and Buffalo.