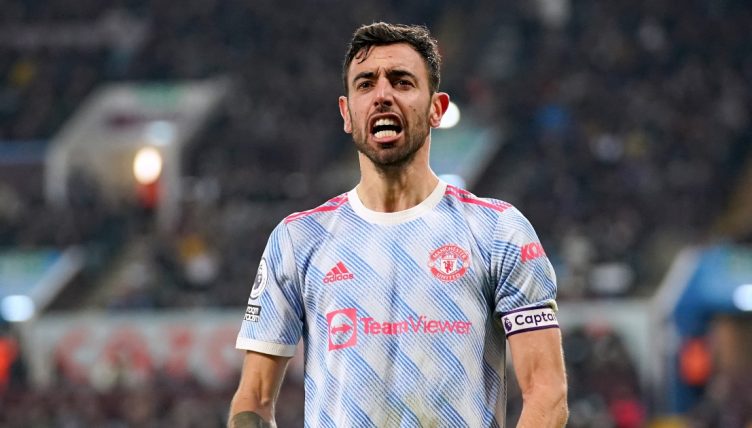 While opponents sometimes try and showboat against Manchester United before the full-time whistle, they are often made to regret it.

United have been renowned for scoring late goals over the years and teams probably shouldn’t celebrate until the three points are in the bag.

We’ve looked at six times where a player or manager has been left with egg on their face after celebrating too early against the Red Devils.

Maupay has developed a reputation as something of a wind-up merchant during his time in the Premier League.

The striker was at the centre of things during Brighton’s game against United in September 2020, scoring a cheeky Panenka penalty to open the scoring in the first-half.

He then proceeded to rub salt in the wounds by celebrating with a cry-baby gesture in front of the cameras.

The Red Devils equalised moments later through a Lewis Dunk own-goal before Marcus Rashford sold Ben White a dummy and put them in front.

Brighton thought they had snatched a well-deserved point with a late equaliser, only for Bruno Fernandes to slot home from the penalty spot in the 100th minute after Maupay handled the ball in the area.

Life comes at you fast in the Premier League. pic.twitter.com/T4AVensyJZ

United were handed a great opportunity to equalise against Aston Villa in September 2021 when they were awarded a penalty in injury time.

After Fernandes’ penalty went into the stands, Martinez then turned behind the goal and celebrated in front of the crestfallen home fans.

Villa held on for the win away to United but were knocked out of the FA Cup on their next visit to Old Trafford in January 2022.

Martinez also had a moment to forget in the reverse fixture in the Premier League, allowing Fernandes’ shot to squirm through his hands and hit the back of the net.

Admittedly, his Villa team-mates helped spare his blushes by scoring two late goals in a 2-2 draw.

Life comes at you fast if you're Emi Martinez #AVLMUN pic.twitter.com/LTJNood6jq

It’s fair to say that Di Maria isn’t a very popular figure amongst the United fanbase after failing to live up to expectations during his one season at the club.

Despite receiving a hostile reception when he returned to Old Trafford with PSG in February 2019, the winger set up both goals in a 2-0 win for the Ligue 1 side.

He reportedly told the home supporters to “f*** off” and even pretended to take a swig of beer after a bottle was thrown in his direction in the second half.

United, however, had the last laugh by overturning the two-goal deficit in the second leg to book their place in the Champions League quarter-finals.

Mad how how Di Maria predicted they would bottle it 2 weeks in advance #MUFC #PSG #UCL pic.twitter.com/OdrZCWu9jy

While a lot of players try and be respectful towards their former clubs, Ronaldo had no qualms about celebrating after scoring against United for Juventus in November 2018.

The Portugal international lashed a sublime volley past David de Gea before lifting up his shirt to show the world his six-pack.

But a late Juan Mata free-kick and an own goal from Alex Sandro gave United all three points and left Ronaldo devastated.

“I was happy for the goal but I am a little bit disappointed,” Ronaldo told Viasport after the game. “We should’ve won the game easily. Three, four goals. And Manchester didn’t do much, in my opinion.

“They create two chances, set-pieces, they know the English teams, they are always looking for the set-pieces but we will learn from our mistakes and we are still top of the group.”

Who Did It Better? 😂😂 #99Physicality #CR pic.twitter.com/1anTYAXvrc

Alli gave Tottenham an early lead in the 2018 FA Cup semi-final and celebrated by doing the ‘Floss’ move – a dance that features in the Fortnite video game.

The celebration came back to haunt him as United turned the game around and sealed a place in the final with goals from Alexis Sanchez and Ander Herrera.

“I think Dele Alli has learnt a big lesson there, don’t celebrate too early,” Frank Lampard said on BT Sport. “It isn’t me being jealous because I can’t do the ‘floss’, as I’m reliably informed by my daughter.

“I just think in a big game like that when you’ve got 80 minutes left, and also against Manchester United, I think you’ve got to be careful. You do with maybe your third goal in the 90th minute and I think the game changed on that.”

"Dele Alli has learnt a big lesson there, don't celebrate too early. It isn't me being jealous because I can't do the 'floss.'"

Frank Lampard looks at Spurs going another year without a trophy, and in particular Dele Alli celebrating like *that* in the 11th minute. pic.twitter.com/oim9Ji7MO9

Pardew famously danced in celebration on the touchline after Jason Puncheon handed Crystal Palace a shock lead against United in the 2016 FA Cup final.

However, his celebrations were short-lived as Juan Mata levelled the scores three minutes later before Jesse Lingard scored the winning goal in extra time.

“Do you know what? I think I actually seen it when I was on the bench,” Lingard told Match of the Day in May 2020.

“I seen him dancing and I was like, ‘Wow, this is mad!’. Obviously, at 1-0, obviously he’s hype and happy and that, but it’s sometimes early, isn’t it?

#otd in 2016, the match which gave us one of THE great GIFs…#FACup pic.twitter.com/5Dhr5X1klm