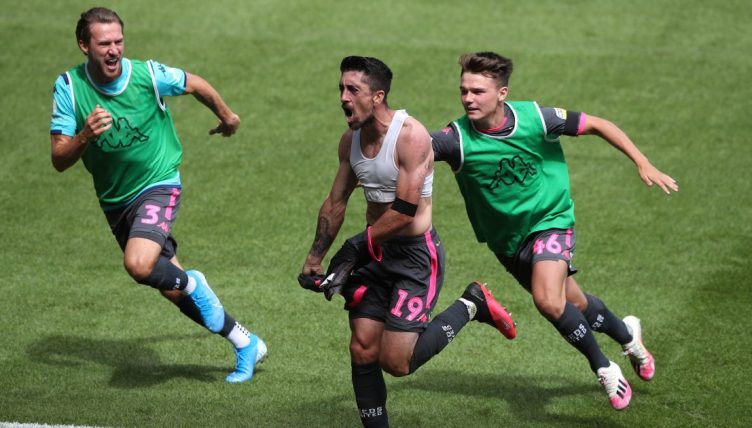 News of Pablo Hernandez’s departure from Leeds United at the end of the 2020-21 season was nothing short of a tear-jerker. It is not too dramatic to say that the club’s resident magician changed the lives of Leeds fans everywhere.

They say magic doesn’t exist, but sceptics should spend a couple of minutes watching a football at the feet of El Mago. If there’s one man who can make you believe in just about anything, it’s Hernandez.

The Spaniard’s puffed cheeks, hands on hips and intense frown only ever meant one thing: something special was about to happen – and quite often when it mattered most.

The most crushing image ever to exist descended on the internet in February 2019, as we saw Marcelo Bielsa slumped outside the United dressing room at Loftus Road. With Bielsa on his haunches and Leeds fans on the brink, everyone was left wondering why we’d let ourselves believe promotion was ever going to happen.

Step up, Pablo. Just three days after that crushing photo emerged, Hernandez was back to make us believe. Granted, we’d have to wait one more season, but Hernadez’s howitzer against West Brom came at just the right time. And he only needed 16 seconds to do it.

If there is one thing Bielsa’s Leeds can do, it’s bounce back. Hernandez has always been at the heart of that. The West Brom goal was, in itself, unbelievable. But it meant so much more than that. Hernandez came out of the tunnel that day to reassert Leeds dominance. And Christ did we dominate.

The Baggies never stood a chance after Hernandez blew them out of the water in those first few seconds, unsurprising when you’re up against an actual magician. Bloody show off.

Ah, Millwall. Those were the days. Disdain for the Championship was ever-growing, and desperation for the Premier League was only fuelled by dropping out of the automatic promotion places.

But Pablo’s double against Millwall once again served as a provision of hope for promotion in 2019. Indeed, he probably deserved a spot in the Premier League as a one-man team at that point.

With Leeds trailing 2-1 to Millwall at Elland Road, Hernandez was right on hand to reinspire promotion dreams. And then he did it again. Don’t tell me you were surprised. It’s always nice to have an old reliable in the team, but they’re rarely reliable in such dazzling fashion.

It was just another day at the office for Hernandez, but for Leeds fans, it was the hope we’d been craving for 16 years.

As it turned out, it was also incredibly easy for Hernandez to keep scoring goals. Leeds’ opening game of the 2019-2020 season saw them cruise to three points against Bristol City. And of course, there was one man to thank once again.

Finding pockets of space is the man’s forte, and then, needless to say, doing excellent things in it. Curling the ball into the top corner after 27 minutes confirmed one thing for Leeds United: this was the season.

Hernandez sent out a message to the league that day, topping it all off with a trademark double nutmeg just in case his point hadn’t already been made emphatically enough. 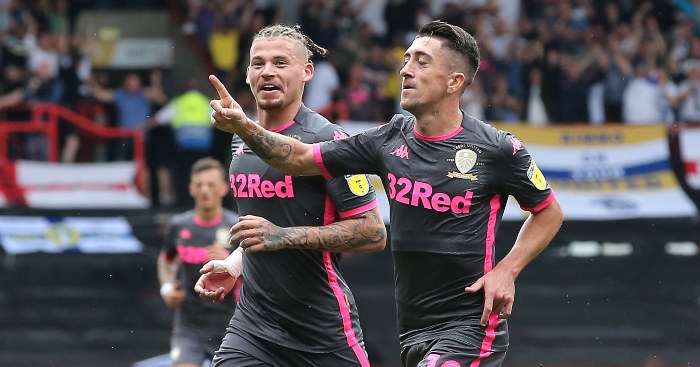 Pablo’s efforts weren’t always just in pursuit of the Premier League, though. Sometimes he was just brilliant for the sake of being brilliant. If you’ve got it, flaunt it, right? Well that’s exactly what he did during Leeds’ pre-season friendly against Western Sydney Wanderers in the summer of 2020.

Often, goals are described as ‘things of beauty,’ but football rarely makes you physically gasp. He basically just took the piss, which is something Leeds have become pretty familiar with in their 100 years of existence. But Pablo was doing something different; he was taking the piss with utter raw talent.

Presented with a sea of WSW players, all we could do was sit back as our small but mighty wizard basically told the rest of the team, “Fucking give me the ball and I’ll do it then.” And do it he did. Coming off the back of the Derby play-off defeat, it was reassuring to be reminded of the magic in those boots.

Where else could we finish? If anyone was going to embody the belief we’d all acquired over the promotion season, it was going to be Hernandez: it was finally happening. The 89th-minute winner left Leeds within touching distance of the Premier League, and once again it was left to Pablo to prove himself as the Peacocks’ man for the big occasion.

I genuinely don’t know what was the more powerful image of that game, the goal itself or the iconic celebration. Shirt in hand, visions of the Premier League in his eyes, Hernandez had, once again, changed the game. The celebration will go down in history as the image of promotion, and that’s without mentioning Bryn Law’s commentary or Gaetano Berardi strangling Patrick Bamford.

Immortalised in mural form, residents of Leeds are able to see a gigantic magic Spaniard whenever they so please – a sentence that makes little sense, but that tends to be the Leeds way.

Hernandez had spent far too long dragging us out of shit, saving the day from disaster and being the sole reason for blinking back tears just thinking about another season in the bloody Championship. It was about time he was able to just be brilliant. Never in doubt and never less than absolutely dazzling, Pablo’s goal against Swansea personified wizardry.

A goal that gave us insight into both Pablo Hernandez and Gaetano Berardi. One capable of producing pure magic at exactly the right time, one completely and utterly sold out for the cause, no matter the role he was given. His celebration was primal.pic.twitter.com/QQBbsIo7eD

Alternative highlights of 19-20: Luke Ayling sprinting, head down, to glory