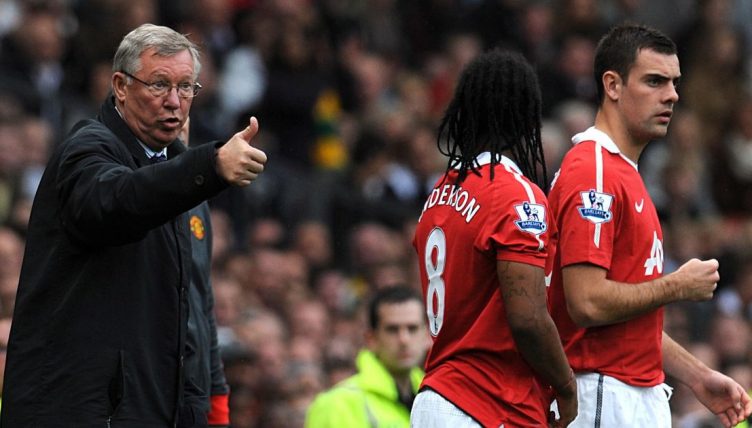 Sir Alex Ferguson was special for so many reasons – not least his ability to deliver big results for Manchester United when key players were missing.

The Scot also, of course, delivered the Champions League twice, plus the European Cup Winners’ Cup, a UEFA Super Cup, an Intercontinental Cup and the FIFA World Club Cup at a time when English clubs struggled to sign the very best players in the world.

There were times, in fact, that United didn’t even have what most people would consider to be the strongest squad in the Premier League, certainly after Chelsea and then Manchester City had been taken over, but Ferguson was able to instil a winning mentality in his players, and fear into opponents, almost irrespective of the team he put out.

Conversely, David Moyes, Louis van Gaal, Jose Mourinho, Ole Gunnar Solskjaer and Ralf Rangnick have all complained about the lack of quality in the United squad since Ferguson’s departure, with none of them able to deliver a league title.

But the Fergie factor worked some minor miracles. Yes, he presided over some of the greatest sides ever assembled in British football, but when signings fell through or the depth of the squad was pushed to its limit, he simply got on with the job.

Here are five occasions – in no particular order – when United were victorious when they had little right to be.

It wasn’t necessarily the win that was remarkable but the nature of it when, with the 2011-12 season barely underway, Ferguson gave Arsene Wenger the most severe shoeing of their long and tempestuous rivalry.

And he did it with a team that featured a central midfield pairing of Tom Cleverley and Anderson – hardly the worst seen in Red, but not exactly Keane and Scholes either.

Arsenal were also missing key players, but they were dominated by Cleverley and Anderson as United got away with fielding Chris Smalling as a stand-in right-back, with Wayne Rooney grabbing a hat-trick and Ashley Young helping himself to two crackers. 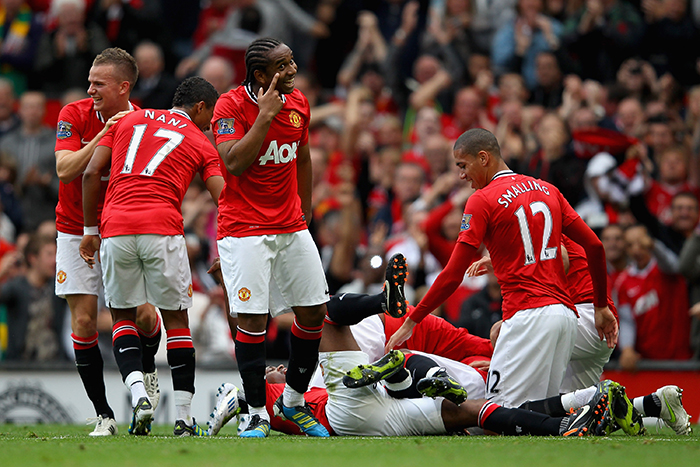 READ: The funniest and most controversial quotes from the Fergie v Wenger rivalry

Five months before the 8-2 thrashing in the Premier League, United had dumped Arsenal out of the previous season’s FA Cup.

It was a victory again built on a makeshift midfield – featuring three full-backs and second-stringer Darron Gibson – that even the most blinkered Red had little cause to be optimistic about before kick-off.

But the Da Silva twins, Fabio and Rafael, had a high-energy field-day either side of Gibson and John O’Shea, with the former of the Brazilian brothers scoring the opener before Rooney sent the Gunners home red-faced.

This wasn’t just a one-off game but an entire season as Sir Alex boldly sent established winners Mark Hughes, Paul Ince and Andrei Kanchelskis out of the Old Trafford exit and ushered in some kids.

In fact, the only signing United made that summer was Nick Culkin – and his entire Premier League career consisted of one free-kick and a couple of seconds.

Okay, those kids – Paul Scholes, David Beckham, the Nevilles and Nicky Butt – would turn out to be more than a bit decent, but no one knew that at the time, least of all Alan Hansen.

Scholes, Butt and the Neville brothers all started the opening game of the 1995-96 season, with Beckham, John O’Kane and Simon Davies on the bench, but United were beaten 3-1 by Aston Villa, leading to Alan Hansen’s famous line.

Fans had every right to be a little nervous, but Fergie had faith and United won another double.

United had already qualified for the knockout stages of the Champions League, but needing a point to secure top spot in their group, all eyes before kick-off were focused on an alarming defensive selection.

With nine first-teamers unavailable, Ferguson fielded a back four of midfielders: Ji-Sung Park, Darren Fletcher and Michael Carrick alongside Patrice Evra in front of Tomasz Kuszczak in goal.

Paul Scholes was the senior hand in a midfield three which also included Darron Gibson and Anderson.

No problem. Michael Owen scored a hat-trick as Fergie conjured up a 3-1 away win. Easy.

Two players frequently cited as the benchmark of bad Ferguson buys – Eric Djemba-Djemba and Kleberson – anchored the midfield for this one. And with David Bellion on the wing and Roy Carroll in goal it was hardly vintage United.

Funnily enough, few remember the game for those reasons as Wayne Rooney announced himself with a superb hat-trick on his debut at Old Trafford.

Ryan Giggs, Ruud van Nistelrooy and Bellion got the others in a 6-2 romp as United moved top of their Champions League group, Job done. Again.