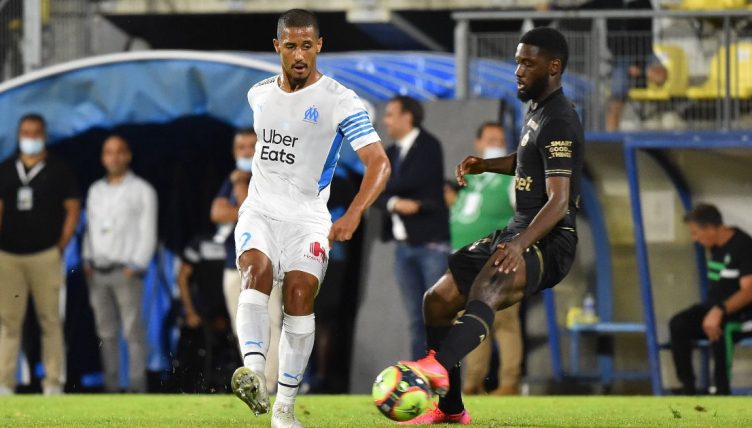 William Saliba showed Arsenal what they’re missing out on with a brilliant performance in Marseille’s 3-1 win over Saint-Etienne.

Saliba joined the Gunners from Saint-Etienne in a £27million deal in 2020 but is yet to make a single first-team appearance under Mikel Arteta.

The centre-back spent the second half of last season at Nice and has since returned to Ligue 1 with Marseille on a season-long loan deal.

Arsenal fans wanted him to stay at the Emirates and they’ve since seen their side concede nine goals in their first three Premier League games.

Saliba, meanwhile, has enjoyed a promising start to his spell at Marseille and was one of their best players against Saint-Etienne. We’ve listed five stats from his impressive performance.

– Saliba completed one tackle, one interception, five clearances and four recoveries at the Stade Velodrome.

– Despite knowing Saliba pretty well, the Saint-Etienne players weren’t able to dribble past him during the game.

You have to seriously question the mental fortitude of a man who sends a talent like William Saliba out on loan to gain experience before lining up with a back three of Sead Kolašinac, Rob Holding and Callum Chambers.

– He also showcased his excellent ability on the ball, recording a 95.9% pass accuracy and making two successful long balls.

– The defender likes to bring the ball out from the back and was successful with all six of his dribbles against Saint-Etienne.